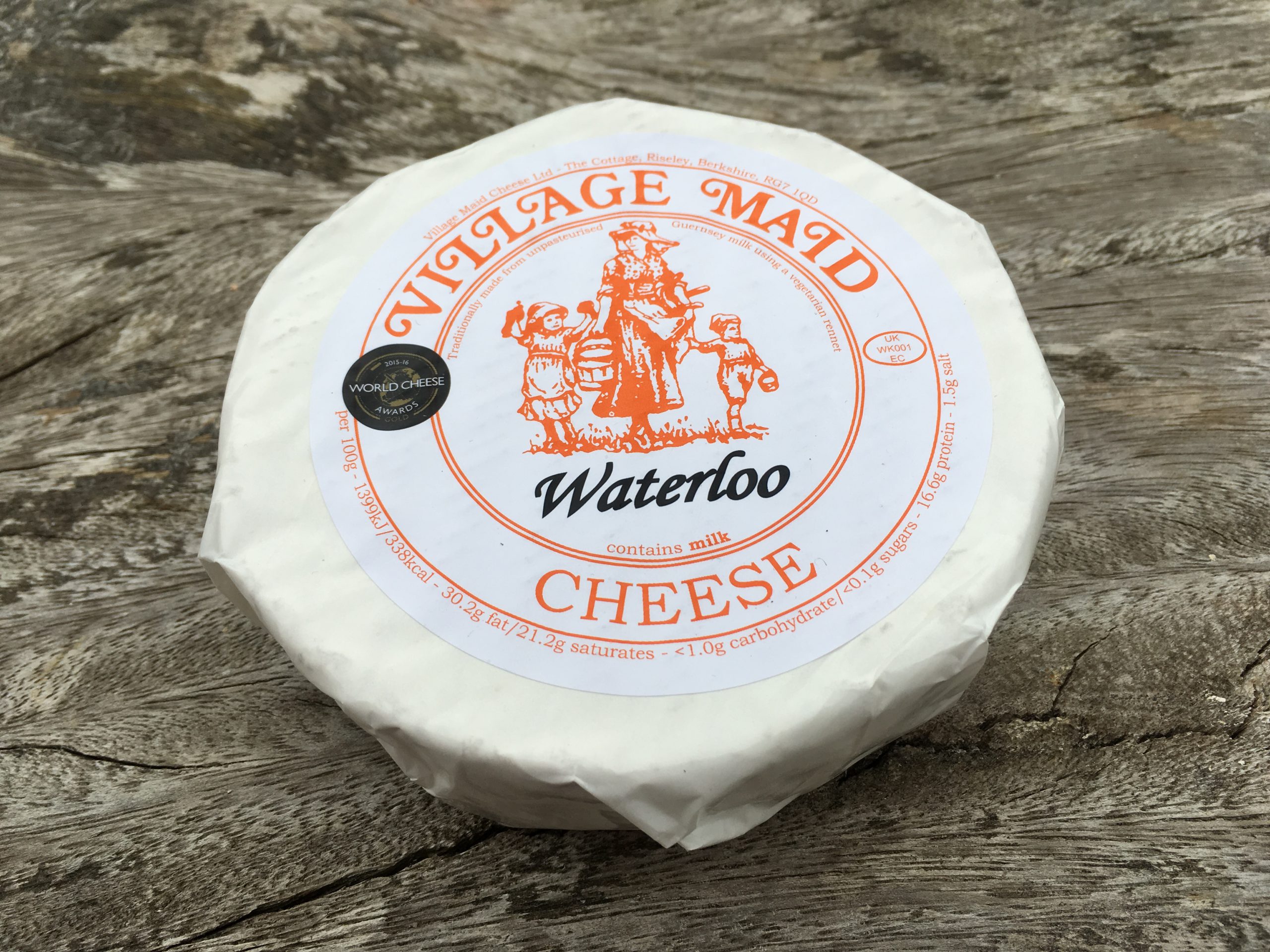 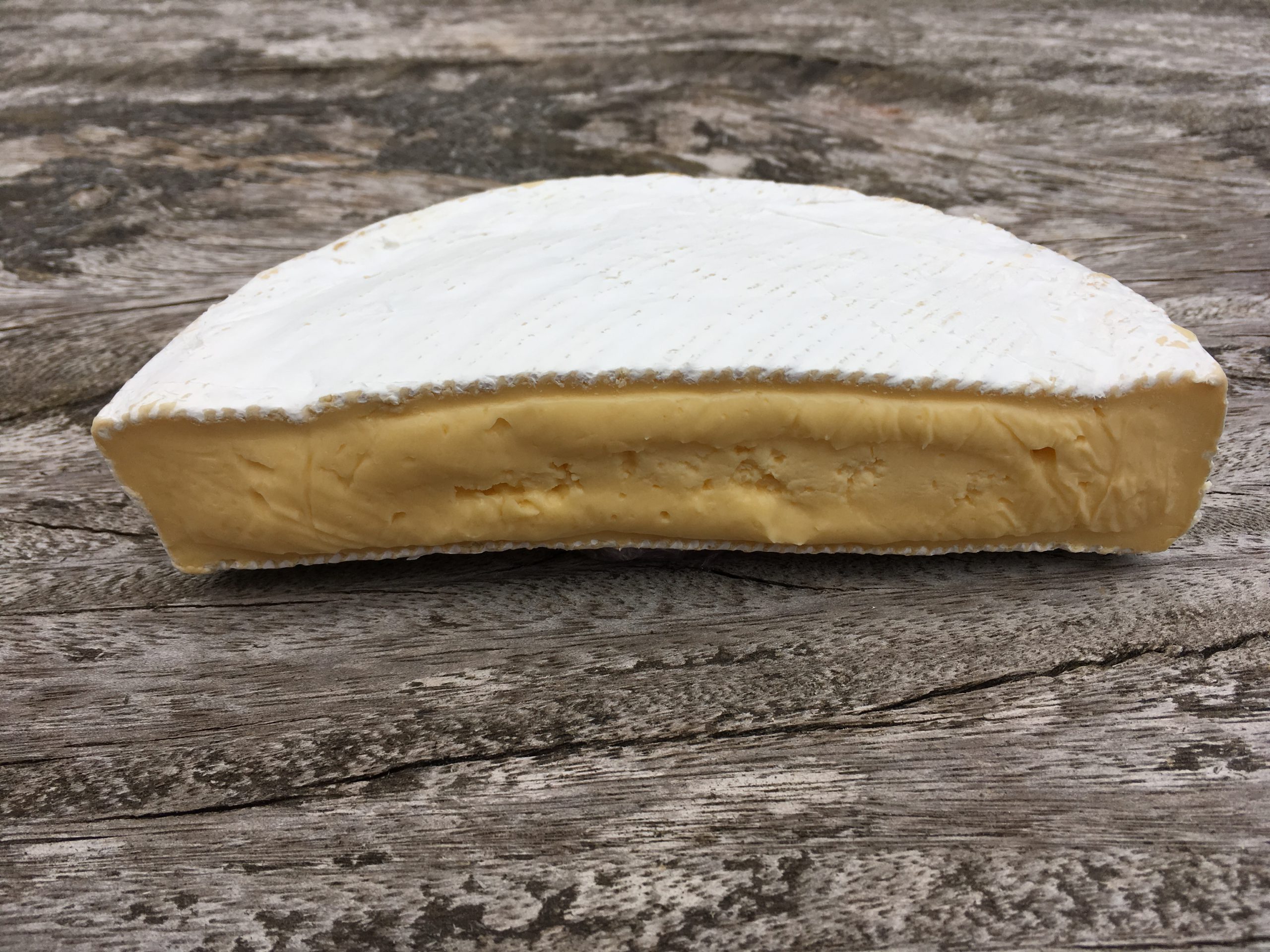 Waterloo baby is a luscious, creamy cheese with a buttery sweetness. It has a deep golden paste thanks to the rich Guernsey cows’ milk used in its production. It was named in honour of the Duke of Wellington’s victory over Napoleon in 1815.

Waterloo Baby comes as a 350g whole cheese. It is a creamy soft, bloomy rind cheese made on the outskirts of Reading, Berkshire. The milk for the cheese comes from a single herd of Guernsey cows near Henley. The cheesemakers wash the curds of the cheese in order to lower its acidity. The resulting cheese is deliciously rich and buttery with wonderful gentle flavours coming from its golden paste. Waterloo has won gold medals at the World Cheese Awards. It is a wonderful alternative to a traditional Brie on a cheeseboard.

The cheese itself is made by Village Maid Cheese which was started in 1986 by Anne Wigmore. Anne had previously worked for the National Institute for Research in Dairying as a microbiologist, but she left in order to pursue her dream of producing her own cheeses. When Anne first decided to make Waterloo she was based on the Duke of Wellington’s estate, hence the cheese’s quirky name!

Today Anne works alongside her husband, Andy, and their son and daughter in law, Jake and Kayleigh. They make four equally wonderful cheeses. Spenwood, Wigmore and Maida Vale as well as the Waterloo. The Wigmore family have recently completed a new dairy and maturation rooms at their village location. Their cheese production is second to none in the UK. They encapsulate the true ethos of artisan cheesemaking.

We visit the Village Maid dairy every 2 weeks to buy our cheese direct from them. This means that we have the opportunity to chat to the cheesemakers and find out what their plans are for the future. We also feature 3 other cheeses from Village Maid. They are Spenwood, Wigmore and Maida Vale.

It may have been said (in the 19th Century) that “Beer and wine met at Waterloo…..: beer gained the day” but Napoleonic battles aside the very best drink to share with a slice of Waterloo is a glass of chilled sparkling wine such as Champagne or Prosecco.