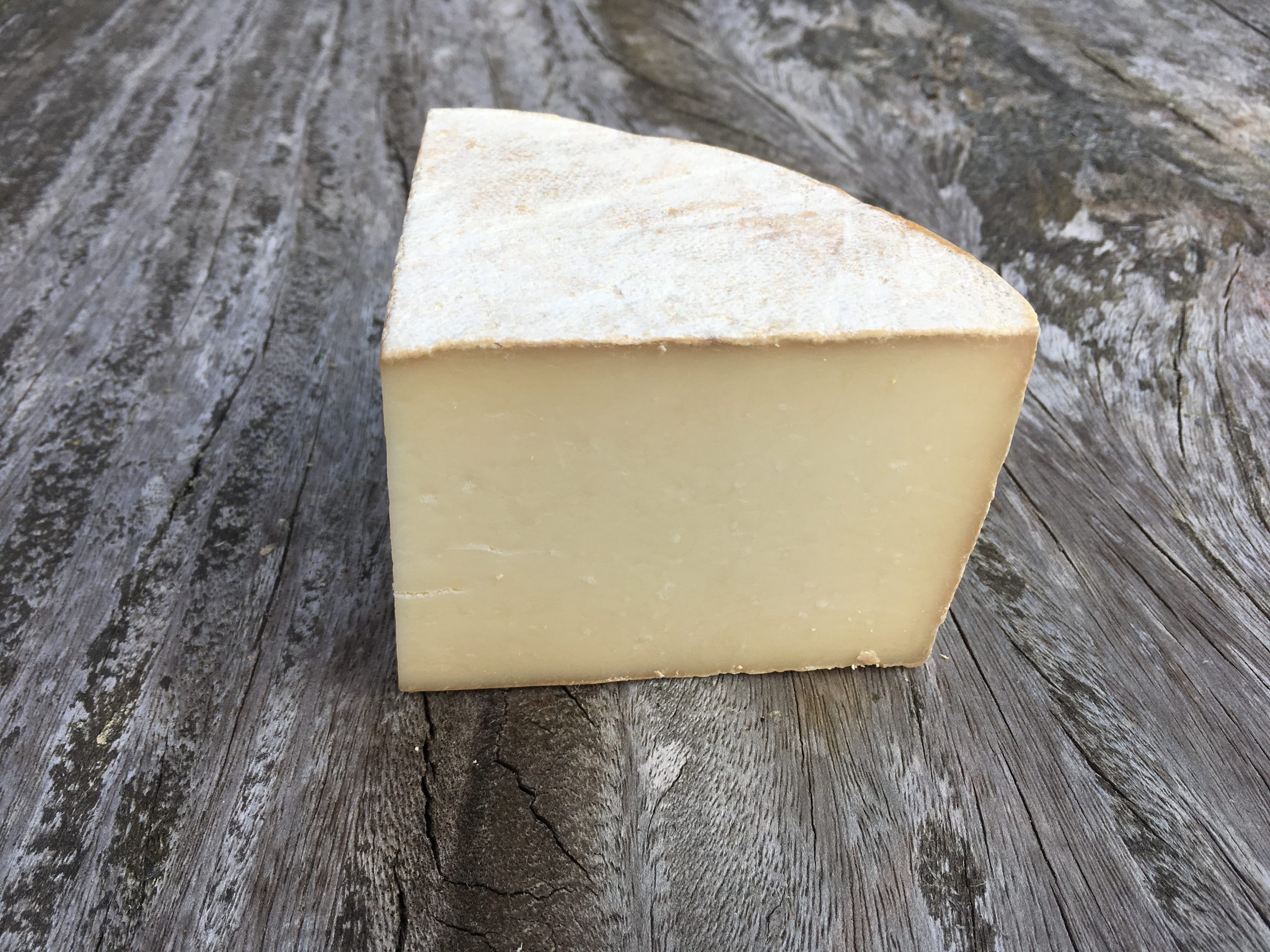 Best with Dry White Burgundy, English Cheese, Sheep Milk, Unpasteurised Milk, Vegetarian Cheese
Spenwood is one of our very best local cheeses. It has a fantastic depth of flavour with a long, lingering finish. Its wonderful flavours come from the high quality sheep's milk used in its production.
Description
Description

Spenwood is a hard-pressed cheese made from sheep’s milk. It is a similar to an Italian Pecorino. During its nine month maturation period it develops a natural rind and an intensely nutty flavour. It is great for grating over pasta or risotto dishes. The name itself comes from the village of Spencer’s Wood (Berkshire) which is very close to where Village Maid make their cheeses.

Anne Wigmore set up Village Maid Cheese in the mid 1980s. Anne had previously worked as a microbiologist at the National Institute for Research in Dairying. She developed her passion for cheesemaking whilst at the Institute, having discovered a love of Italian sheep’s milk cheese (Pecorino) whilst travelling in Sardinia. Working out of a small purpose-built unit in her garden she began experimenting in order to produce a sheep’s milk cheese of her own. Spenwood is the culmination of many years of trials and even today, changes are continually made in order to maintain the quality and flavour Anne fell in love with in Sardinia.

Sheep’s milk cheeses had almost disappeared in Britain by the 18th century. It is only in relatively recent times that they have started to make a comeback. Anne and her husband Andy used to buy in local milk from a small herd of sheep. However as they have expanded production they’ve needed more milk. They now buy in sheep’s milk from three different dairies, with deliveries coming several times a week.

We visit the Village Maid dairy every 2 weeks to buy our cheese direct from them. This means that we have the opportunity to chat to the Wigmores and find out what their plans are for the future. We also feature 3 other cheeses from Village Maid. They are Waterloo, Wigmore and Maida Vale.

Spenwood has won several accolades, the pinnacle of which is a Super Gold medal at the World Cheese Awards.

It pairs beautifully with a dry, white Burgundy.