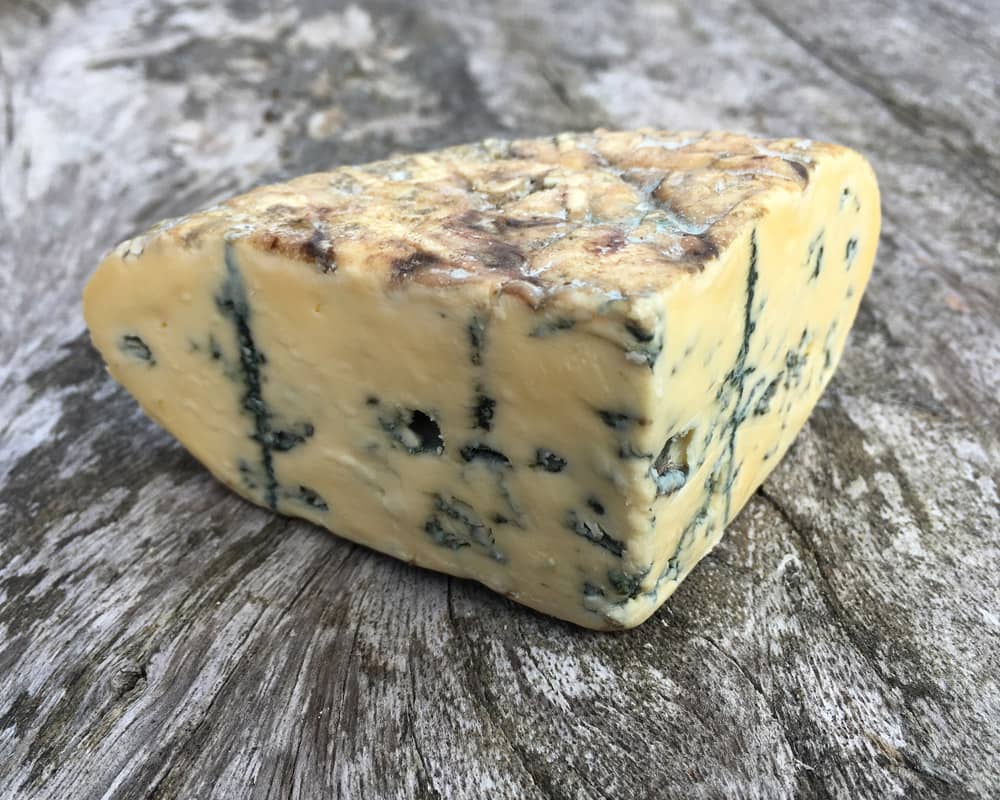 Cows' Milk, English Cheese, Pasteurised Milk, Vegetarian Cheese
Barkham Blue Cheese is made within a few miles of our base in Pangbourne and it is one of our best-selling cheeses. Its creamy texture and wonderful flavour makes it a constant hit with our customers.
Description
Description

Barkham Blue is one of our favourite, local cheeses. This fabulous cheese has a very distinctive shape and appearance. It has a rich blue taste with a smooth buttery texture. It melts in the mouth without the harshness associated with some blue cheeses.

Barkham Blue is made in the village of Barkham on the outskirts of Reading, by Sandy and Andy Rose with help from their daughter Nia. This fabulous blue cheese is unique in that it is made using a mixture of Guernsey and Jersey milk. They chose this particular mix as Sandy grew up on her parents’ dairy farm near Twyford where they kept Channel Island cows. Usually these milk types don’t lend themselves well to blue cheeses as they are particularly rich and the blue veining can make the milk go sour but Barkham Blue doesn’t suffer from this at all. In fact you could say the opposite is true as the cheese is beautifully creamy with the cheesemakers themselves describing it as ‘blue butter’.

The cheese comes in a wheel which weighs approximately 800g and is one of our most popular cheeses. It is especially good as part of a cheese tower for weddings and parties.

Barkham Blue is a multi-award-winning cheese with Supreme Champion performances at the British Cheese Awards. It has also won numerous Super Golds at the World Cheese Awards, 3 stars from the Great Taste Awards…the list goes on.

It pairs beautifully with white wines. If you can, try it with a sweet dessert wine.