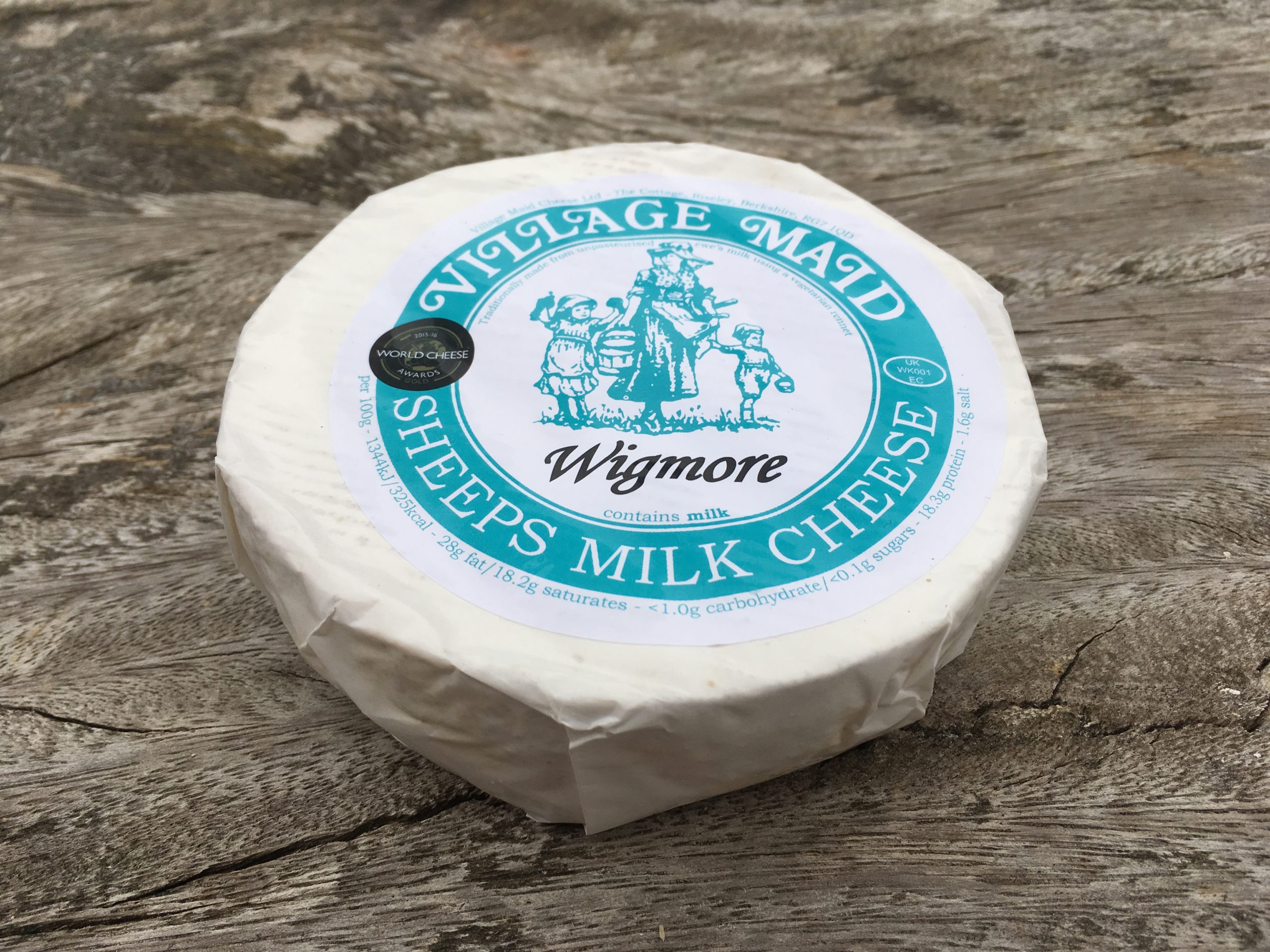 Wigmore is a soft, creamy cheese made from sheep’s milk. It has a rich, complex flavour with an incredibly delicate taste. It is a young cheese, released by the cheesemaker at just 6 weeks. At this stage it can have a lactic, yoghurty flavour with a crumbly core but by the time we sell it at 8 weeks old it has become soft, gooey and rather delicious!

Wigmore Baby is a smaller version of our Wigmore cheese.

Anne Wigmore set up Village Maid Cheese in the mid 1980s. She had previously worked as a microbiologist at the National Institute for Research in Dairying. She had developed a passion for cheesemaking whilst at the Institute and a love of Italian sheep’s milk cheese (Pecorino) whilst travelling in Sardinia. Working out of a small purpose-built unit in her garden she began experimenting in order to produce a sheep’s milk cheese of her own. To begin with Anne and her husband Andy just made a hard sheep’s cheese (Spenwood Cheese) but by the early 1990s they were branching out into soft cheeses and Wigmore was born.

Anne has played an important role in the re-introduction of sheep’s milk cheese to Britain. Sheep’s milk cheeses had almost disappeared by the 18th century. It is only in relatively recent times that they have started to make a comeback. In the mid 1980s it was easier to buy small quantities of local sheep’s milk rather than cow’s milk. As Anne and Andy expanded production they needed more and more milk. They now buy in sheep’s milk from three different dairies, with deliveries coming several times a week.

We visit the Village Maid dairy every 2 weeks to buy our cheese direct from them. This means that we have the opportunity to chat to the Wigmores and find out what their plans are for the future. We also feature 4 other cheeses from Village Maid. They are Spenwood, Truffle Spenwood, Waterloo and Maida Vale.

Wigmore can more than hold its own when paired with a Tawny Port. Anne and Andy suggest trying it with a glass of Muscat de Rivesaltes. This is a sweet, fragrant, fortified white wine from the South of France.