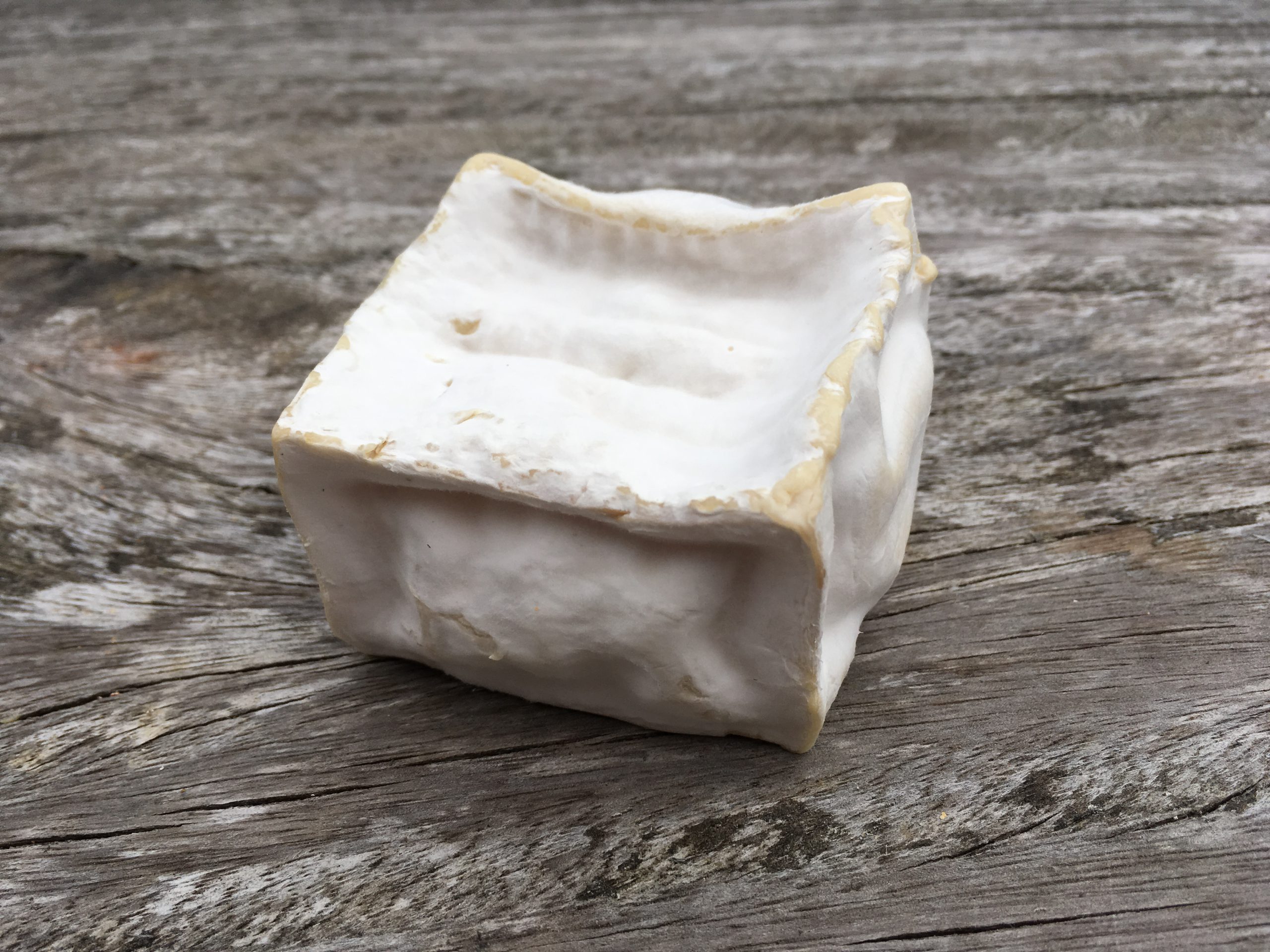 Pavé d’Affinois is 150g of soft, gooey delicious cheese. It is a double cream cheese, with a rich, deep flavour without the pungency of a Brie. Soft, creamy and delicious, it is a small square of joy.

Pavé d’Affinois is a soft, creamy cheese produced by the Fromagerie Guilloteau Company. It is also sometimes known as known as Fromager d’Affinois. The cheese itself is made in the Loire region of central France. Similar to Brie in appearance and flavour, this soft-ripened cheese is actually much creamier and takes less time to ripen. This is because the cheese undergoes a process called ultrafiltration. During this process water is removed from the pasteurised milk. This makes all of the other components of milk more concentrated. The plus side of this method is that it accelerates the cheesemaking. Therefore it takes only two weeks to achieve the appetising, silky texture.

Quite literally Pavé d’Affinois means Cobblestone from Affinois. Unsurprisingly the square shape of the cheese gives rise to this name. Deliciously creamy with a silky-smooth texture, Pavé d’Affinois has a sweet yet mild flavour. It melts in the mouth to reveal a fresh burst of milky goodness and hints of grassy pastures. The soft oozing ivory interiors are coated with an edible bloomy rind. It really is a small square of joy.

For a perfect snack try the following recipe: toast some sourdough bread. Slice a Pavé d’Affinois and put on the bread before baking for a couple of minutes in the oven until the cheese begins to melt. Sprinkle a few chopped almonds and raisins over the cheese soon as you remove it out of the oven. Drizzle with honey and serve immediately with a glass of Chablis.