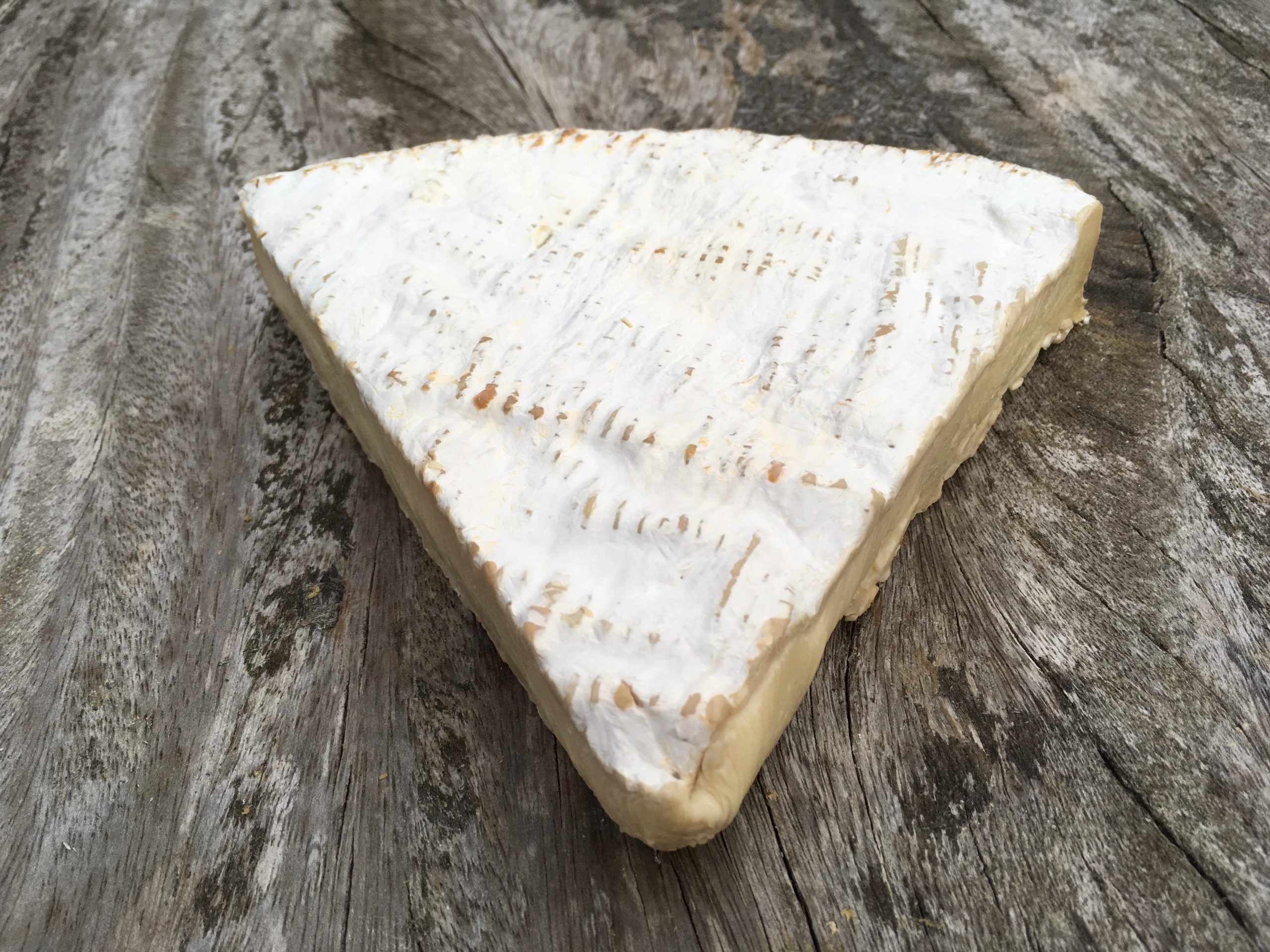 Brie De Meaux PDO is a French classic. It is a soft cheese which is still hand-ladled into the moulds before being aged for a minimum of 2 months. The interior of the cheese is straw-yellow, creamy and soft. It has a rich taste which is underlined by the sweet and buttery flavours of mushrooms and almonds. When really ripe the white rind begins to turn brown and small red spots appear.

Brie de Meaux PDO is the finest of all French Bries. This cheese is rich, creamy and wonderfully moreish. When ripe Brie de Meaux can have red spots developing on its rind; it will have complex flavours with hints of mushroom and brassica notes.

Ours is made by the 3rd generation of cheesemakers within the Dongé family. It is possibly one of the most famous of French soft cheeses. Protected by its PDO status which means that it must be made using unpasteurised cows’ milk in the Eastern Parisian Basin (which is about 30 miles to the east of Paris). The curds of the milk are ladled by hand into the traditional 3kg moulds. It takes 25 litres of milk to make each whole wheel of Brie and each cheese is matured for at least 4 weeks. We generally eat them around 8 weeks.

In France they traditionally eat their Brie with a chalky core. Here in the UK we prefer the cheeses to be gooier throughout. When a Brie de Meaux is ripe and ready to eat it is hard to find a better soft cheese to enjoy on your cheeseboard.

Legend has it that Charlemagne (Charles the Great) enjoyed eating the cheese as early as the 8th Century. He would have been eating cheese that had been made by the monks of Abbaye de Jouarre. He was such a fan that he ordered 2 cartloads of the cheese to be sent to him every year. In 1815 it was named ‘the king of cheeses’ by Talleyrand (a French diplomat) at the Congress of Vienna.

Try pairing your Brie with a glass of Champagne – the bubbles in the wine complement the flavour tones of the cheese. If beer is more your thing then a Belgian pale ale is perfect.