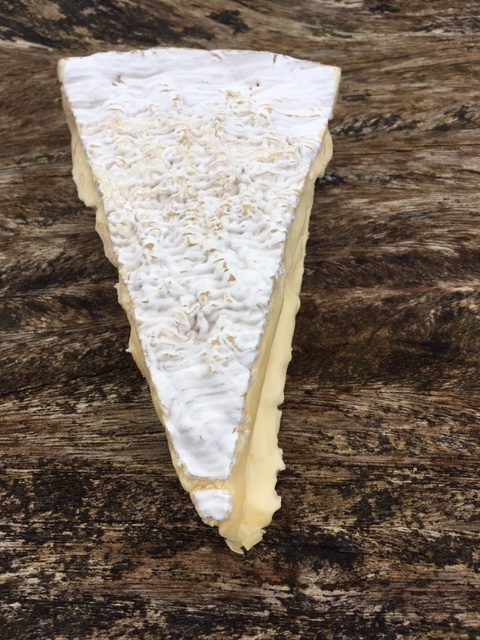 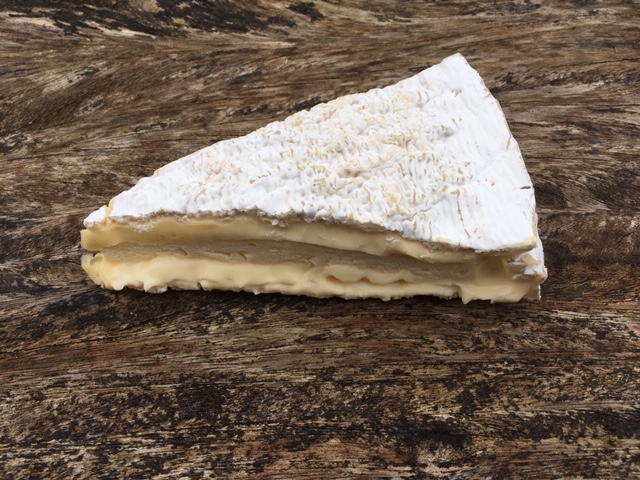 The makers of Baron Bigod travelled to France and bought back a herd of Montbéliarde cows so the milk is the exact same milk that goes into a Brie de Meaux. The cheese is made early in the morning so the milk is still warm, straight from milking. This results in a cheese with a smooth, delicate and silky texture as well as complex, long lasting flavours that bounce around the mouth.

Baron Bigod (pronounced By God) is a creamy cheese with a smooth and silky texture. Underneath its white, bloomy rind lies a golden coloured paste. Within this are fabulous flavours with mushroomy undertones. An exceptional cheese, handmade by Jonny Crickmore on his farm (Fen Farm) in Suffolk. It is the only traditionally made, unpasteurised, Brie de Meaux style cheese made in the UK. All of the milk for the cheese comes from Jonny’s own herd of Montbéliarde cows.

Jonny and his wife Dulcie decided to diversify into cheesemaking in the 2000s. Having been bought up on the farm Jonny knew how hard it was going to be for his family to make ends meet. Today Jonny is one of the most successful cheesemakers based here in the UK.