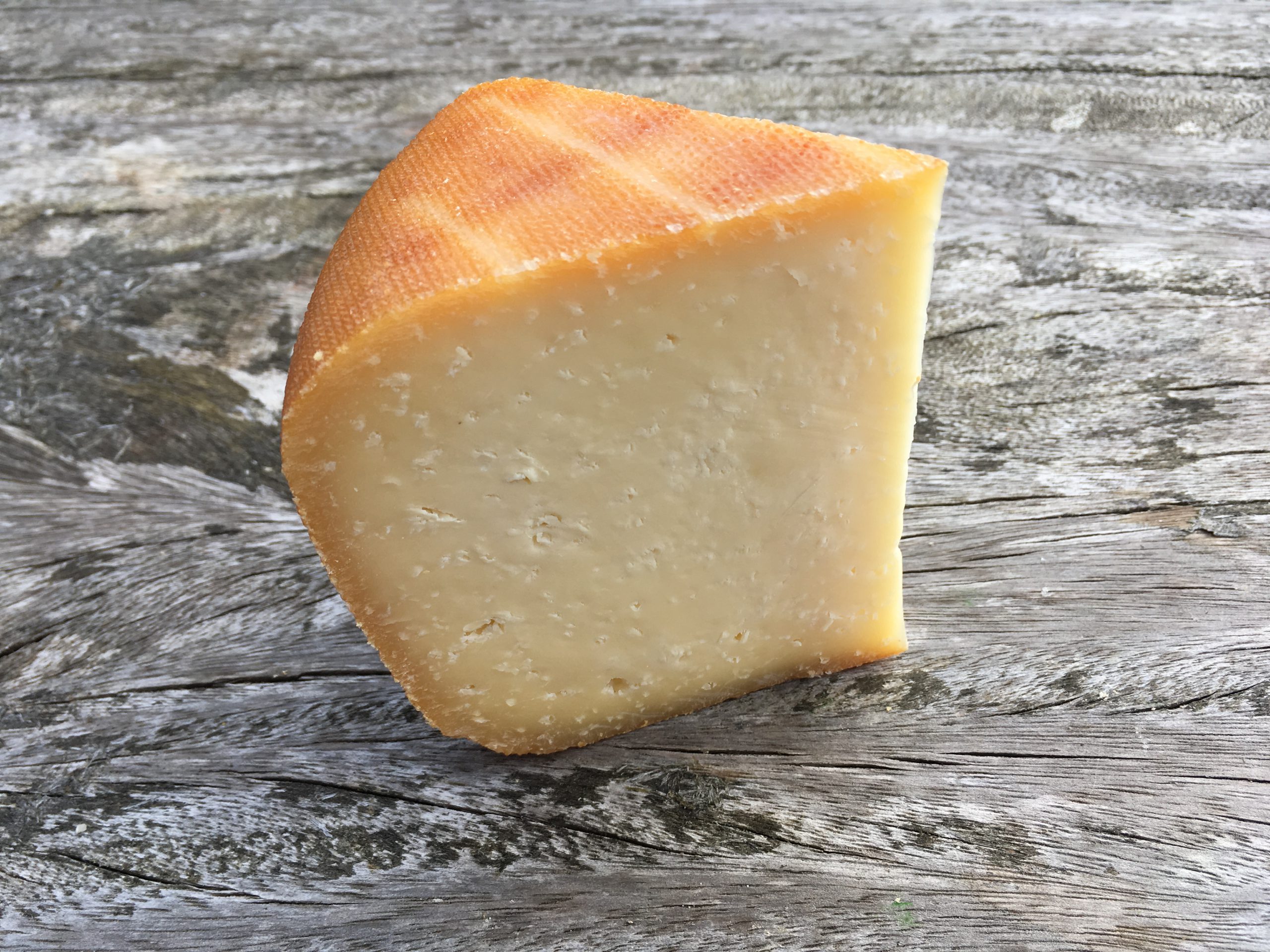 Best with Merlot, Cows' Milk, English Cheese, Pasteurised Milk, Vegetarian Cheese
Smoked Winchester is made on the edge of the New Forest where it is gently smoked over oak chippings. A fine example of a cheese that has been smoked to perfection.
Description
Description

The cheesemaker makes a cheese in the style of gouda. It is supple and can have small eyes (holes) throughout the paste. This cheese is then matured for 8 weeks before going to a local smoker who gently smokes it over oak chippings. As the Smoked Winchester has a hard rind the smoke doesn’t penetrate deeply into the cheese, so it retains its mild flavours with just a hint of smokiness. Most smoked cheeses get overpowered during their smoking, but the Winchester reaches a perfect balance of flavour. By the time we buy it directly from the cheesemaker its rind has developed a golden hue and the cheese is perfect for eating.

Mike Smales of Lyburn Farm has been a tenant farmer since 1952. His farm is situated in Hampshire on the edge of the New Forest. He originally began making cheese in 1999 as a way to add value to his cows’ milk but now makes 1.5 tons a week! His flagship cheese is his Old Winchester, but his Smoked Winchester has such a beautiful flavour that it is a real winner with our customers. Mike’s Stoney Cross and younger Winchester also feature in our cheese counter. Mike is a true institution in the cheese world. He is the go-to man for any aspiring cheesemakers and he is always quick to share his knowledge and ideas. We get deliveries from Mike every few weeks and it is always interesting hearing his views on cheese!

Smoked Winchester is a multi-awarding winning cheese with many medals from the World, International, British and Artisan cheese awards.

By far the best pairing with this cheese is a glass of Merlot.