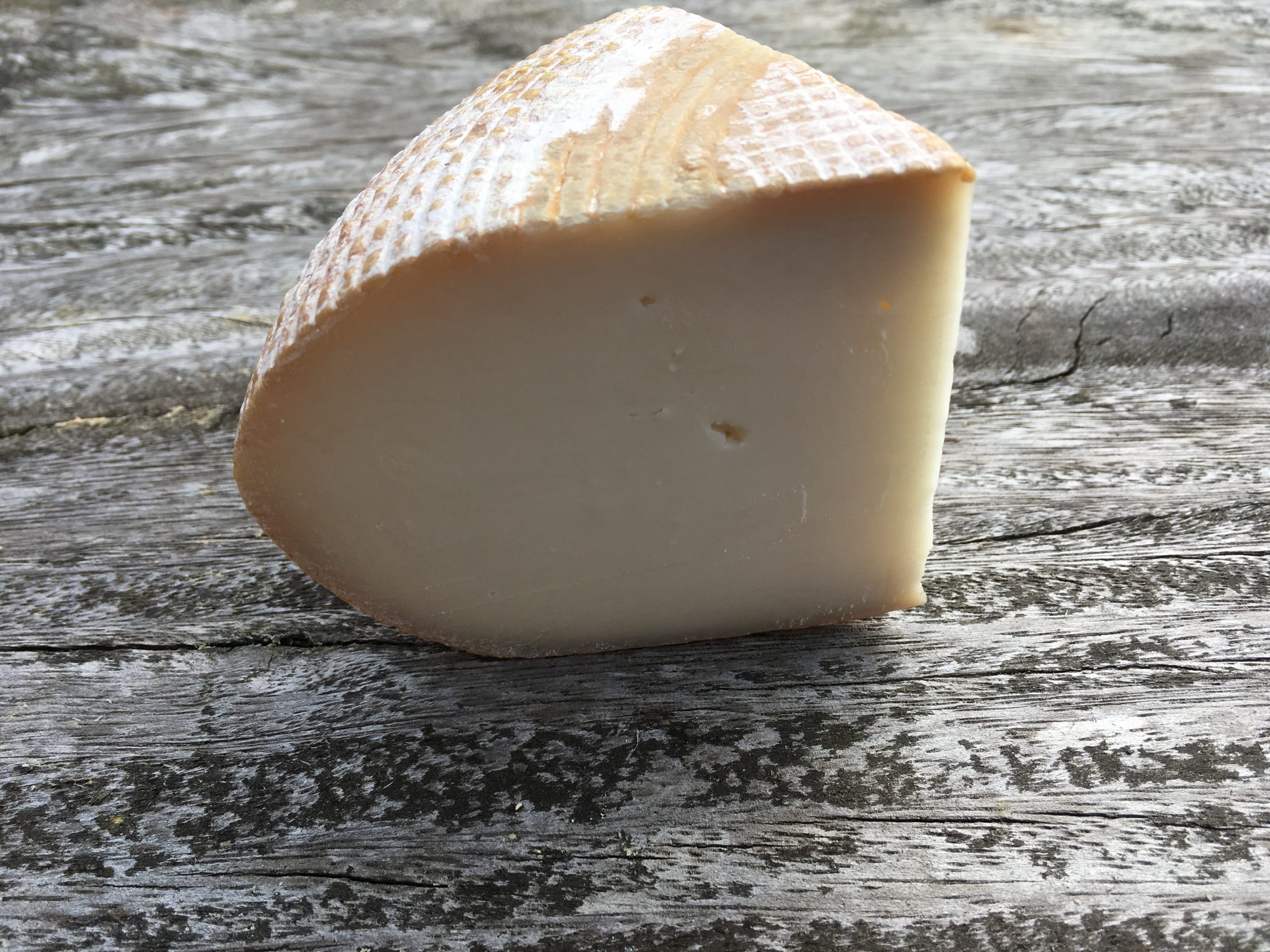 Rachel is a British goats’ cheese at its absolute best! Winner of multiple awards, it is a hard, nutty goats’ cheese made in Somserset by White Lake Cheese. Rachel is washed in a brine solution which creates its orange exterior mottled with yellow. Underneath the cheese’s rind lies a mellow, sweet yet decidedly nutty paste.

Rachel  is named after a friend of its previous cheesemaker as (apparently) the cheese is like its namesake, sweet, curvy and slightly nutty!

The cheeses are matured for several months, during which time their rind is washed in a brine solution. This creates the orange/red rinded cheese that we know and love. Underneath the cheese’s washed rind lies a mellow, sweet yet decidedly nutty paste. It is incredibly more-ish and it is one of our most popular cheeses.

White Lake Cheese began producing cheeses in 2004. They are one of the most successful artisan cheesemakers in the UK with almost all of their cheeses scooping awards. They are the first (and only) cheesemakers to have won the title of Supreme Champion at the British Cheese Awards on three consecutive years with three different cheeses. All of the milk used for their goats’ cheeses comes from their own herd of Toggenburg, British Alpine and Saanen goats. The goats get fed a special diet designed to keep them (and their milk) in tiptop condition. Alongside keeping their goats happy, White Lake are busy making sure that their dairy is as environmentally friendly as possible. They have installed solar panels wherever possible and are beginning to grow their own fuel for their boiler.

We go down to White Lake once a month and buy our cheeses direct from them. This means that we get to meet the team behind their cheeses, including their wonderful herd of goats!

Try enjoying with a glass of mature Alsace. The spiciness of the wine brings out the nuttiness of the cheese.