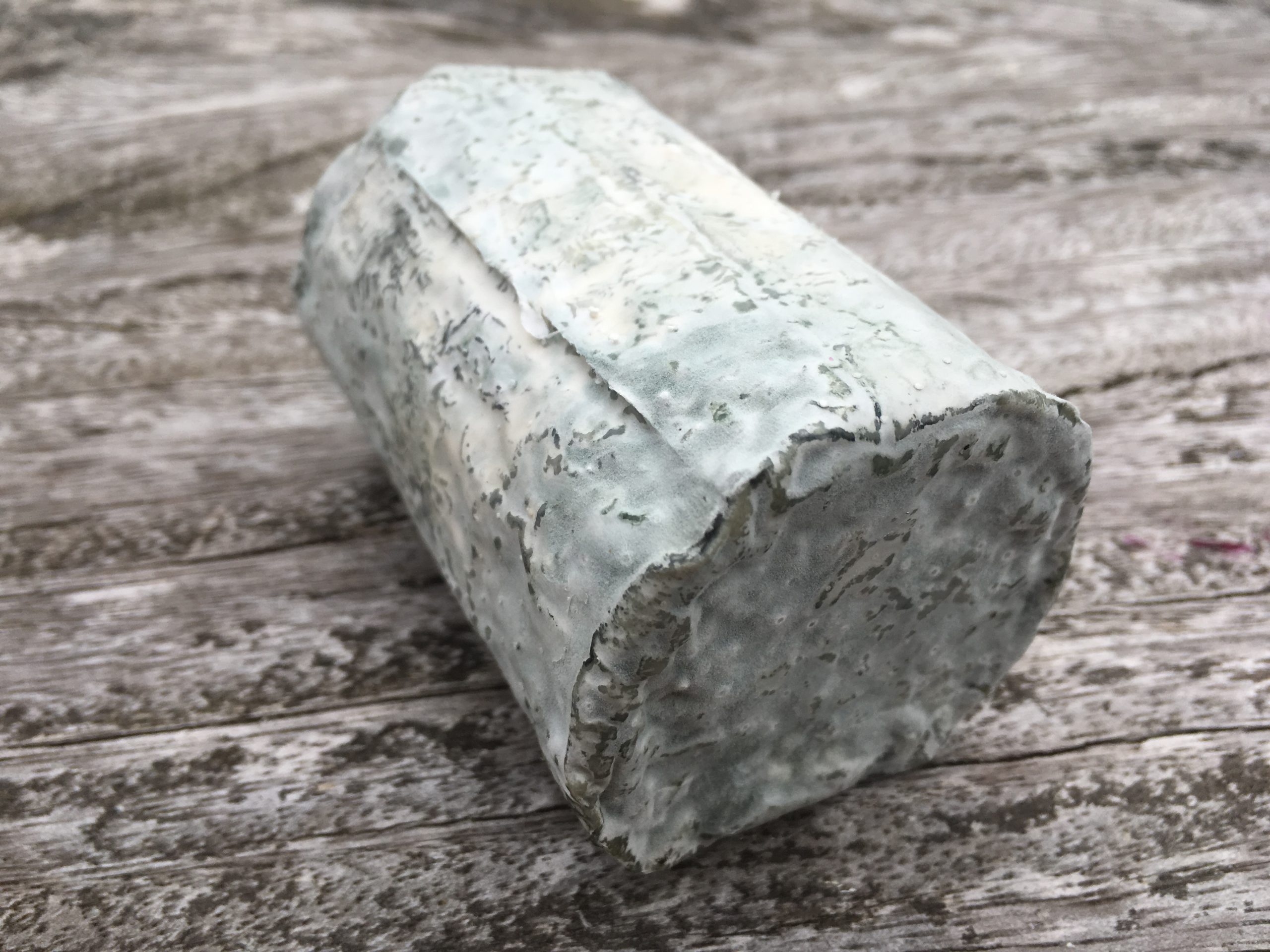 Hailing from White Lake Cheese in Somerset Driftwood has previously won Silver medals at the World Cheese Awards. It gets softer and creamier as it matures underneath its edible ash covered rind. Like many cheeses it ripens from the outside to the centre so if you cut into it when it is young it will have a slightly firmer core whereas if you leave it for a week or so it will be gooey all the way through.

White Lake Cheese began producing cheeses in 2004. They are one of the most successful artisan cheesemakers in the UK with almost all of their cheeses scooping awards. They are the first (and only) cheesemakers to have won the title of Supreme Champion at the British Cheese Awards on three consecutive years with three different cheeses. All of the milk used for their goats’ cheeses comes from their own herd of Toggenburg, British Alpine and Saanen goats. The goats get fed a special diet designed to keep them (and their milk) in tiptop condition. Alongside keeping their goats happy, White Lake are busy making sure that their dairy is as environmentally friendly as possible. They have installed solar panels wherever possible and are beginning to grow their own fuel for their boiler.

Driftwood is one of our best-selling cheeses, especially around Christmas.

Try pairing it with a glass of chilled Sauvignon Blanc.