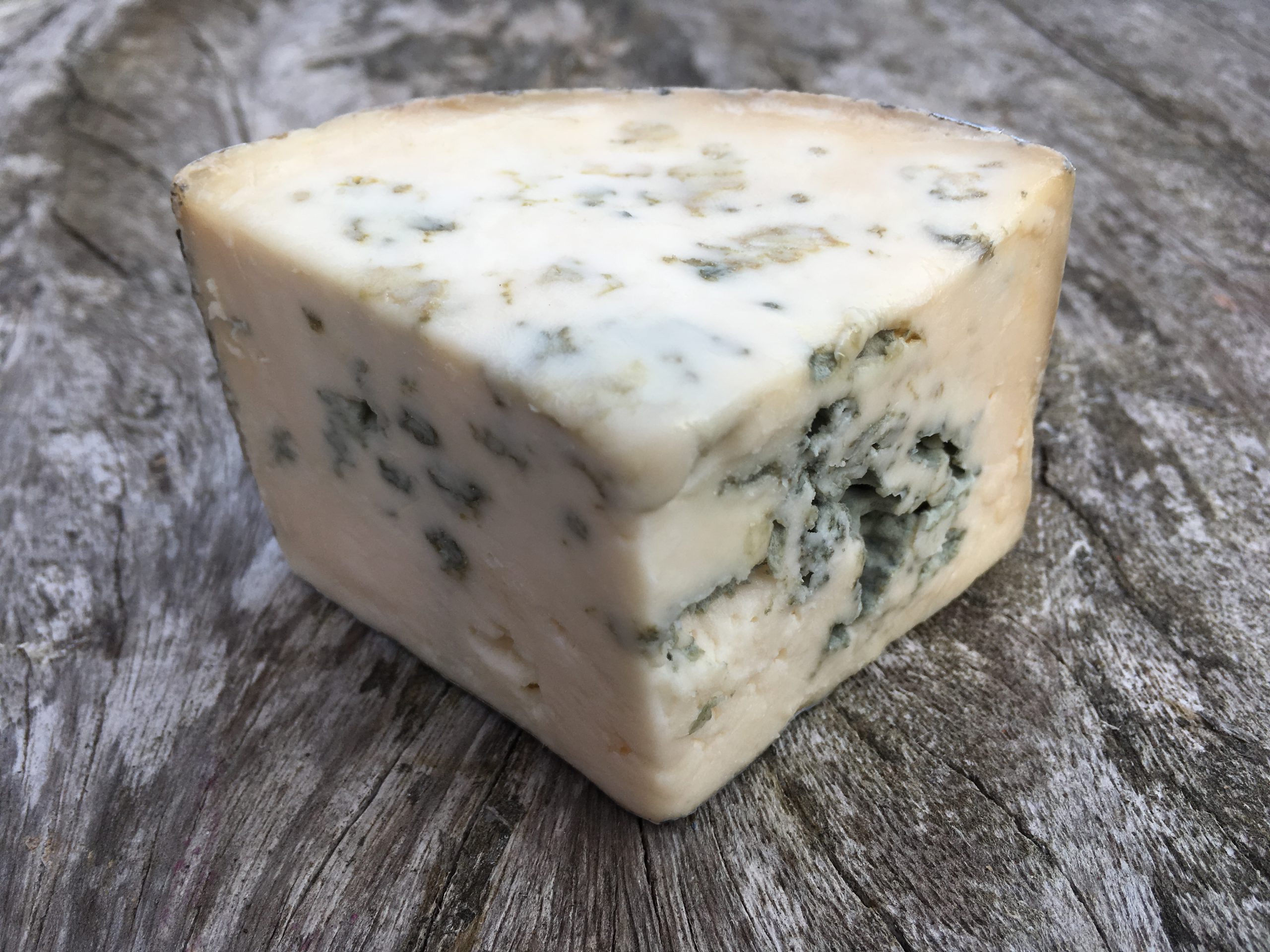 Best with Powerful Reds, Irish Cheese, Pasteurised Milk, Sheep Milk, Vegetarian Cheese
Crozier Blue is similar in taste to our Roquefort Papillion PDO. It is tangy with a distinctively sharp taste from the sheep's milk used in the cheesemaking
Description
Description

Crozier Blue is rich, creamy sheep’s cheese which has an amazing depth of flavour. It is gently salty with a hint of spice, all wrapped up in a well balanced Irish cheese. The sheep, whose milk is used for this cheese, spend their days grazing in limestone rich pastures which is the main reason their milk is so lush and smooth.

Jane and Louis Grubb began cheesemaking in the early 1980s. They decided in the early 1990s to branch out into sheep’s milk cheese and so introduced a herd of Friesland sheep onto their farm. Crozier Blue is the resulting masterpiece. The cheese is matured for up to 11 months before being wrapped in its trademark silver foil.

The cheese itself is named after St Patrick’s Crozier which can be seen in the Rock of Cashel (a medieval castle near to where the cheese is made. A crozier is the hooked staff that is often carried by a bishop and, according to legend, St Patrick was holding this staff when he converted the pagan King of Munster to Christianity in the 5th Century.

We also sell the Cashel Blue which is made at the same dairy.

Try pairing it with powerful red wines – the tanins in the wine cut through the acidity of the cheese to create a perfect match.