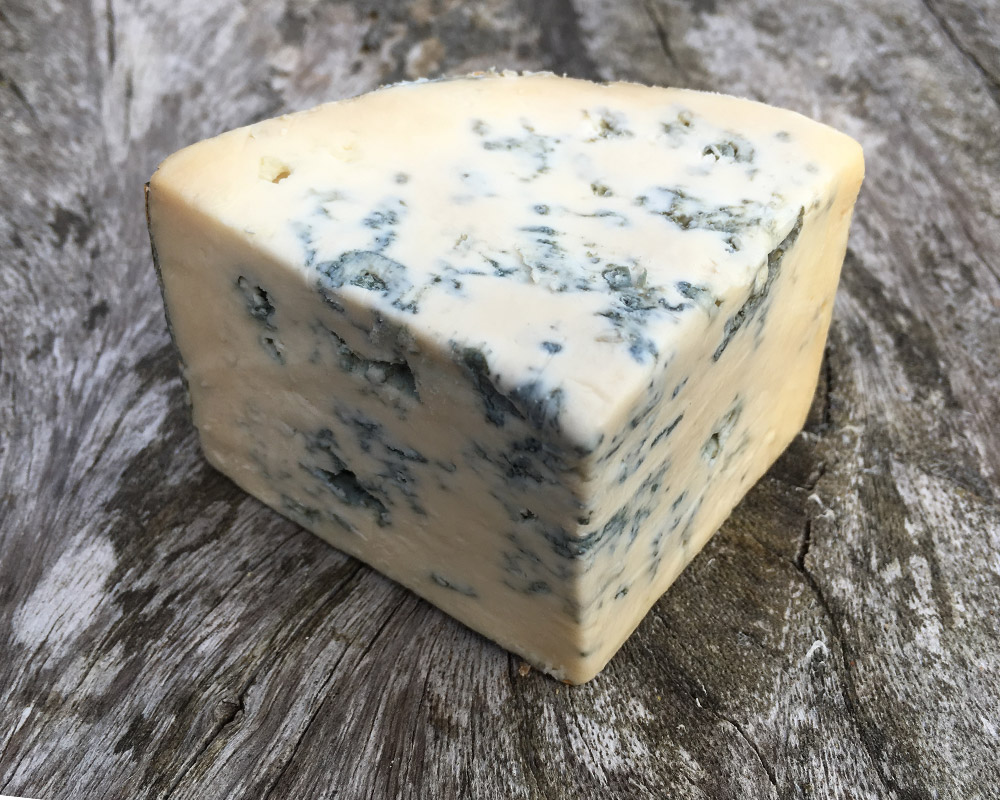 Cashel Blue Cheese has a rich, buttery yellow colouring with a moist grey rind. The cheese itself has a hint of spice almost hidden amongst its deep blue flavours. It is soft, creamy and oozing with taste.

Jane and Louis Grubb began cheesemaking in the early 1980s. Since then Cashel Blue has become one of Ireland’s most famous farmhouse cheeses. At least 50% of the milk used in the cheese comes from the farm’s own herd of Holstein-Friesian cows with the rest coming from local farms. The cheese is matured for up to six months before being wrapped in its trademark gold foil.

Cashel Blue is named after the historic Rock of Cashel. This is a medieval castle which was once the traditional seat of the Kings of Munster. According to legend St Patrick converted the King of Munster to Christianity at this spot in the 5th Century.

We also sell Crozier Blue which is a sheep’s milk cheese made by the same dairy.

For a perfect combination try this tangy blue with an Indian Pale Ale rather than a traditional Irish Porter in order to really bring out its flavours.