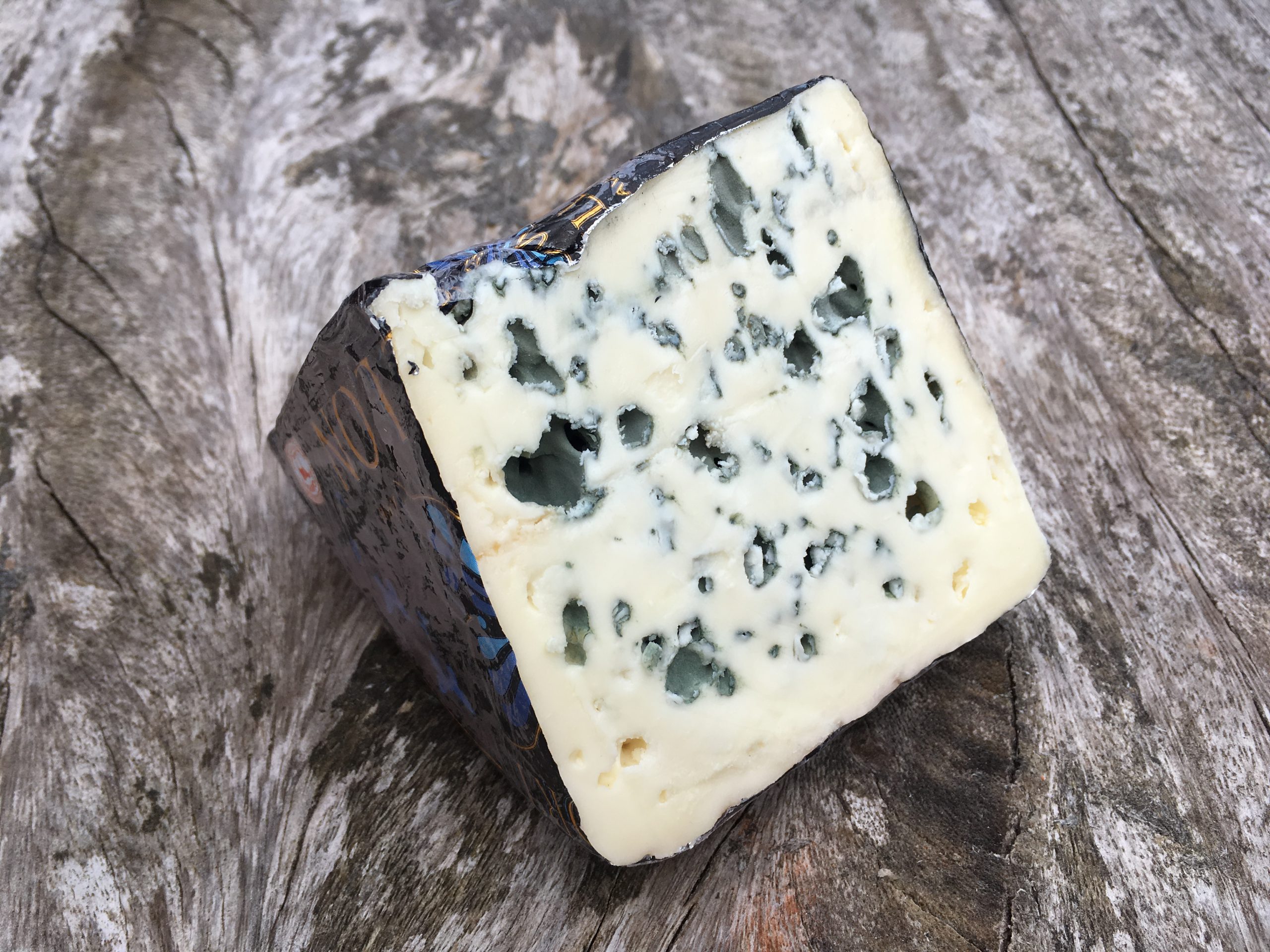 Roquefort Papillion Cheese was the first French cheese to be awarded protected status by the French National Institute of Origin and Quality. It is one of only two sheep’s milk cheeses made in France to receive a PDO (the other being Ossau-Iraty). The cheeses must be made from the unpasteurised milk of the Lacaune sheep and then matured in the limestone caves of the Combalou mountain.

Legend has it that Roquefort was first produced in error when a young shepherd was distracted by an attractive shepherdess. He left his cheese and bread in a cave whilst he pursued his love. When he returned he found that his cheese had turned blue. He was overcome with hunger so he ate it anyway and realised that the resulting cheese was much tastier than before.

Ours is made by the Papillon Fromagerie, who have been making Roquefort since 1906. Their top cheese is given a black foil wrap to distinguish it from lesser grade cheeses and it carries their distinctive butterfly branding. We always take this top grade of cheese as it has a sublimely complex flavour which encompasses herbaceous notes alongside a fruity undertone. The cheese itself has a slightly open texture which helps to maintain the moisture of the cheese and the veins within the cheese tend to be greener rather than blue.

The traditional perfect pairing with Roquefort is Sauternes (and an amazingly wonderful pairing it is too!)