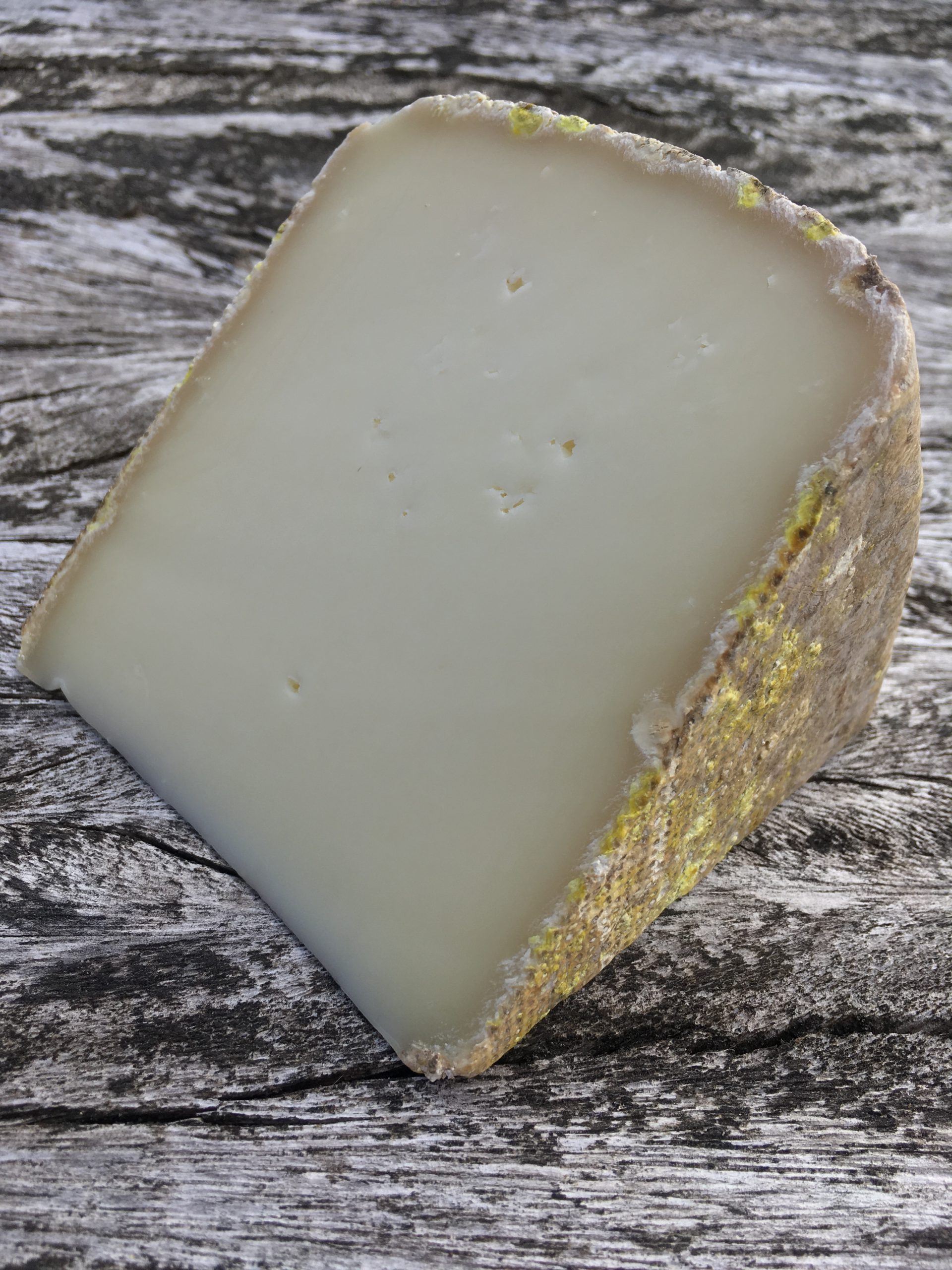 Full of flavour from its earthy, aromatic rind right through to its core, Ossau-Iraty PDO is a hard sheep’s cheese from the French Pyrenees.

Ossau-Iraty PDO is said to be one of the first cheeses ever made. Allegedly Aristee, son of the Greek God Apollo, turned his sheep’s milk into cheese and so Ossau-Iraty was created. The cheese may not be borne from the Gods but the tradition behind it dates back over 3000 years. The cheese itself is named after the Ossau Valley in Béarn and the Basque beech forest Iraty in the French Pyrenees where it is made.

Ossau-Iraty PDO is one of only two French sheep’s milk cheeses to be awarded PDO status. The other is Roquefort PDO. This is a mouthwatering cheese which is made from 100% sheep’s milk. It is made exclusively with milk from local breeds of sheep (Manech and Basco-Bearnaise). It has a succulent and complex flavor, developing notes of hazelnut and caramel as it matures.

This cheese is incredibly versatile and it pairs well with many different styles of wine. We love it with a glass of Côtes du Rhône as the earthy qualities of the cheese and the wine really enhance each other.