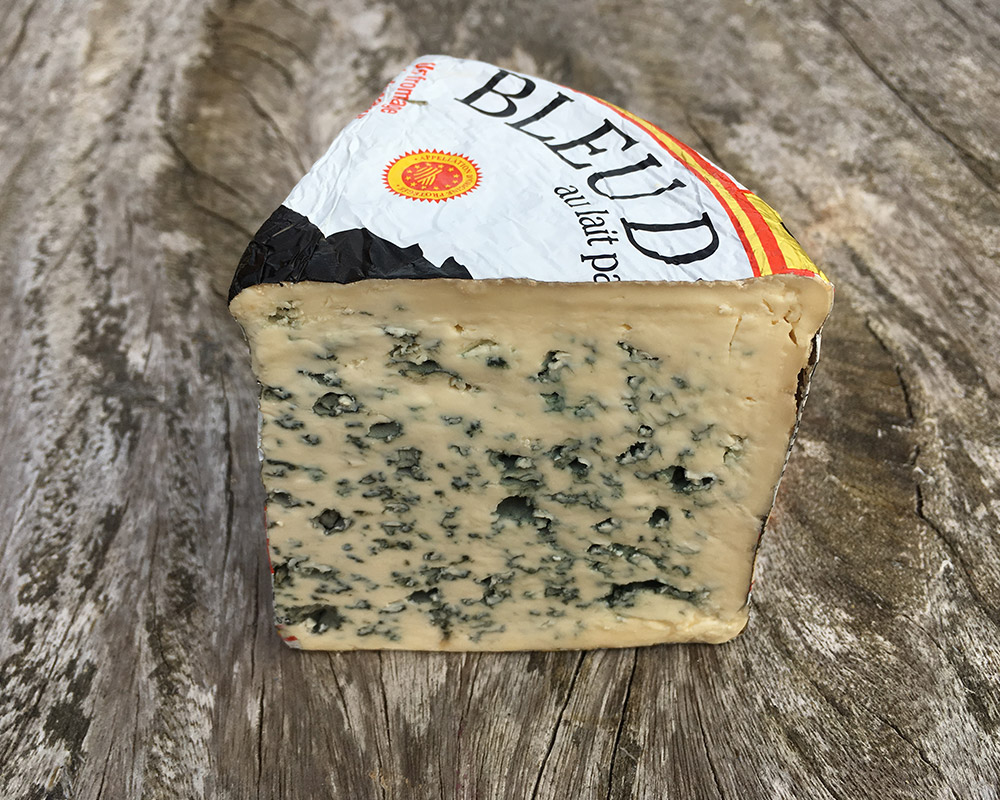 Best with Red wine, Cows' Milk, French Cheese, Pasteurised
Bleu d'Auvergne PDO is aged for minimum 4 weeks, by which time the cheese showcases its assertive flavours and smooth texture. Its rind is moist and sticky unveiling a soft paste with a grassy, herbaceous taste.
Description
Description

Bleu d’Auvergne is a French blue cheese named after its place of origin in the Auvergne region of south-central France. It was awarded protected status by the French National Institute of Origin and Quality in 1975 and is a real hit in our cheese counter. The cheese is sometimes described as cow’s milk version of Roquefort although it is much creamier and buttery. It has that similar sharpness that so many French blue cheeses develop.

Bleu d’Auvergne is a creamy ivory colour and is dotted with blue-green veins. It is only aged for 4 weeks and so it maintains some moisture making it smooth and creamy rather than crumbly in texture. The cheese itself has grassy, herbaceous flavours with hints of spices and peppers.

Perfect when crumbled into salads, especially with walnuts, and a robust red wine.