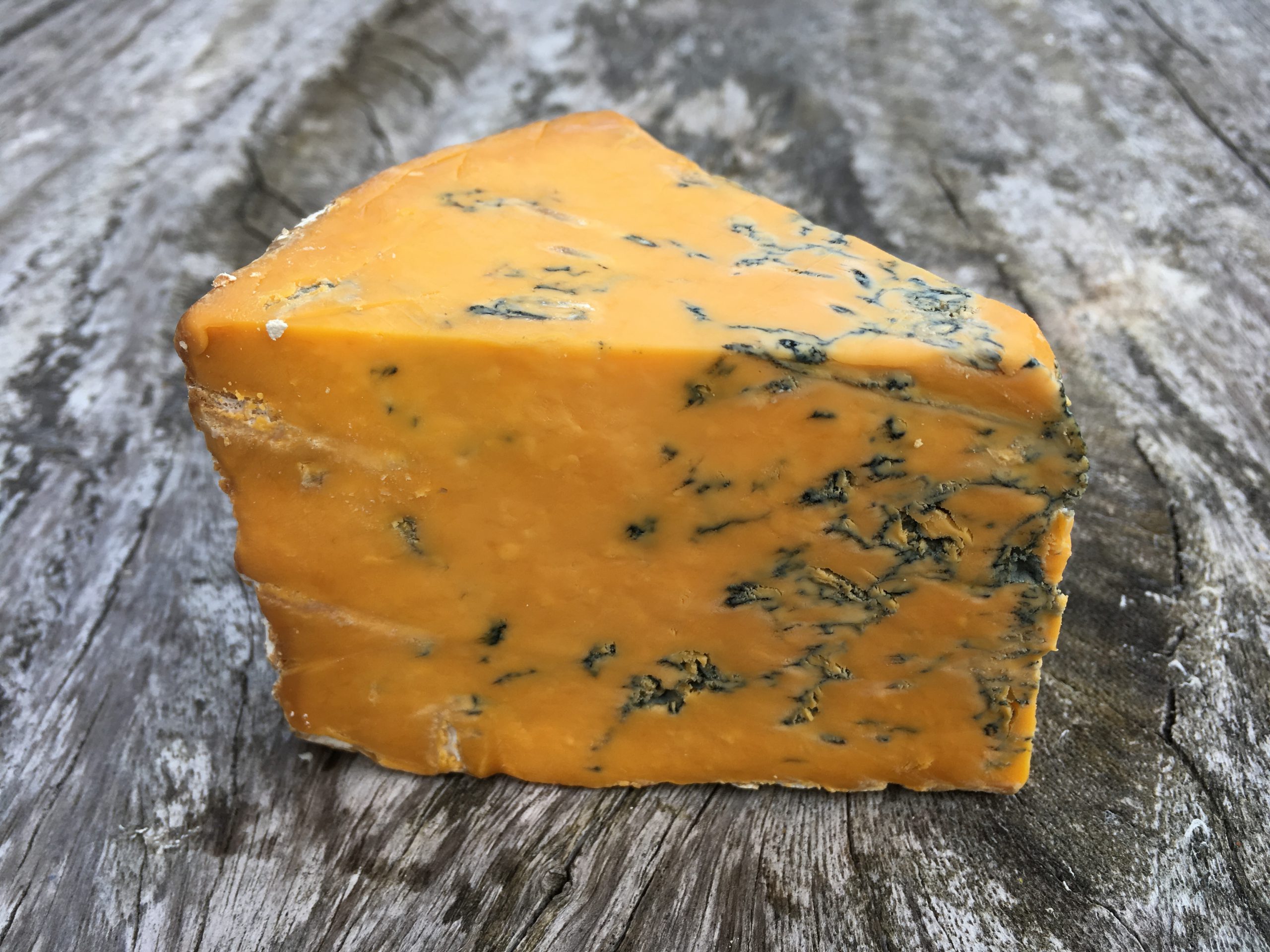 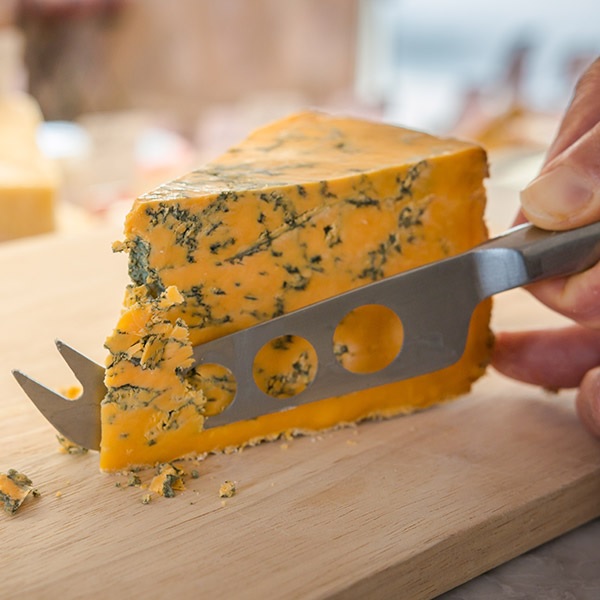 Some people say that Shropshire Blue is a cross between a Blue Stilton and a Cheshire. It has the crumbly texture of a Cheshire but the fabulous blue veining of a Stilton.

Shropshire Blue is a crumbly, blue cheese which is similar in size and shape to Blue Stilton but is slightly younger and so has a creamier flavour.

There is some disagreement as to where Shropshire Blue was first made but it is highly unlikely that it began life in Shropshire. Some believe that it was the brainchild of a Dennis Biggins, a cheese grader in Cheshire in the 1930s. However, others think that it was first made in Inverness in 1970 by the Castle Stuart Dairy using a Blue Stilton recipe and then adding annatto to it to give it a fabulous orange colour. It is thought that it was named Shropshire Blue to make it more appealing to customers. Today it is mostly made alongside Blue Stilton in the same dairies, but it is also made throughout Shropshire and all over the UK.

Ours is made at the Colston Bassett Dairy where we also buy our Blue Stilton from. It is matured for less time than the Blue Stilton (6-8 weeks rather than 12) making it slightly milder with a delicate sweetness.

The annatto used in the cheesemaking is made from the fruit of the achiote trees which are found in the tropical regions of the Americas. The fruit themselves are not edible but the seeds found within them are surrounded by an orangery red pulp which is mixed with water to produce food colouring.

The added annatto makes the Shropshire Blue a lovely cheese to have on a cheeseboard as its colour really stands out. Like Blue Stilton, this cheese goes well with port, but we prefer it served with a sweet dessert wine