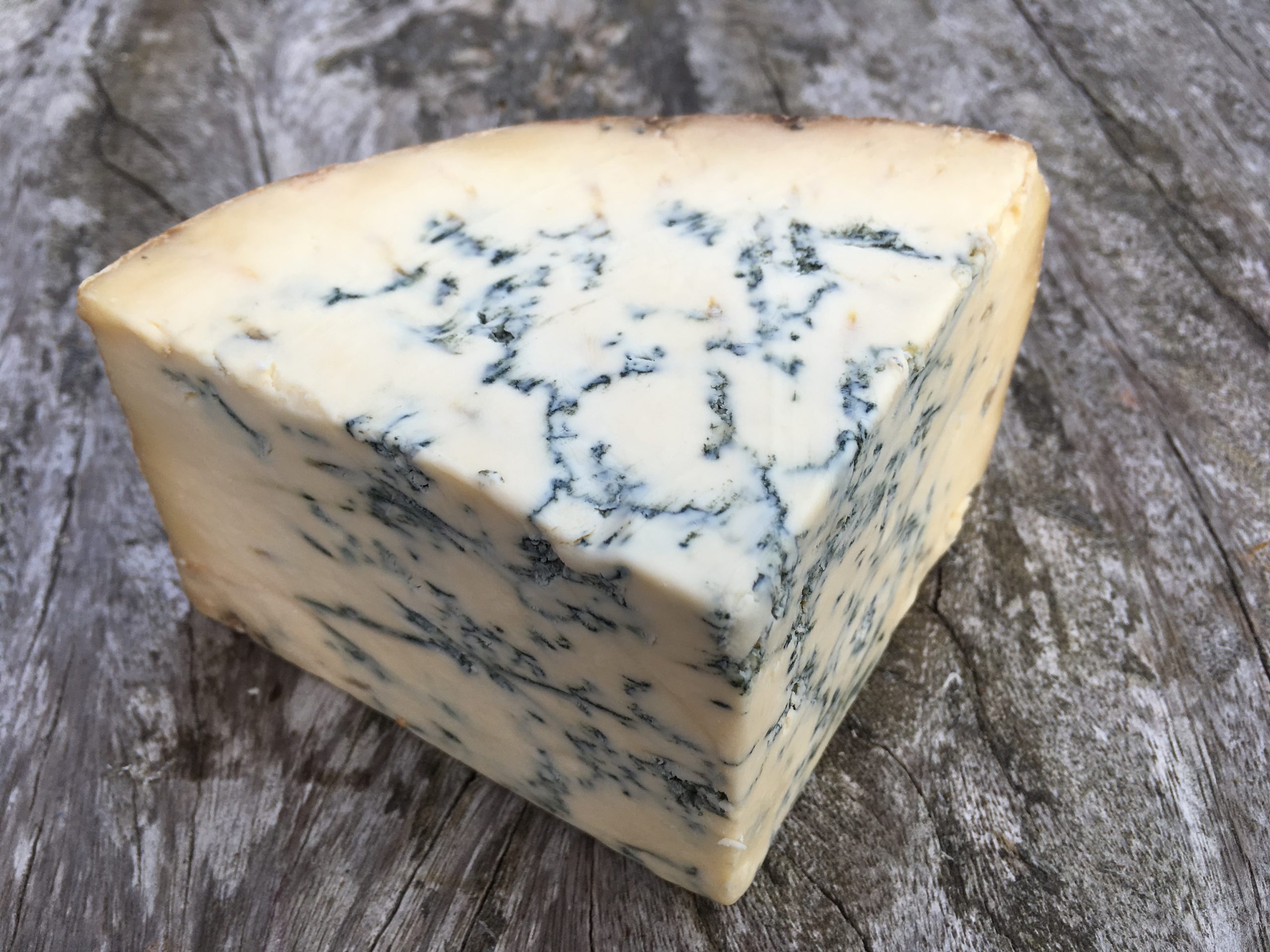 Colston Bassett Blue Stilton PDO is a classic English blue with a great texture and a superb creamy and tangy flavour.

Our Colston Bassett Blue Stilton is crumbly, yet smooth. It is creamy and tangy with a fantastically traditional blue flavour.

There are only 6 dairies that are licensed to make Blue Stilton. This is to ensure that the quality of the cheese is maintained. Blue Stilton is protected by its PDO status. The strict rules governing this status mean that it can only be produced in the counties of Derbyshire, Nottinghamshire and Leicestershire. Blue Stilton however was first made in a village in Cambridgeshire. Bizarrely cheeses made there today cannot be called Blue Stilton. There are moves to try and have this changed but at present this is looking unlikely. As well as geographical boundaries in order to be called Blue Stilton the cheesemaker must use pasteurised milk and the cheese must have a cylindrical shape.

It was back in the early 18th Century when a hard, parmesan style cheese was first called Stilton. However, the first Blue Stilton was marketed by Cooper Thornhill in 1730. Legend has it that he first tasted the cheese from Leicestershire and loved it so much that he bought all rights to the cheese. He then began to sell it from his pub in Stilton. This pub was on the main route between London and the North of England and so the fame of Blue Stilton quickly spread.

The farming co-operative that led to the creation of the Colston Bassett Dairy was started in 1913 by a local doctor, William Windley. His principles and vision are still in use at the dairy today. All of the milk used in the cheese production comes from farms within 1.5 miles of the dairy in the Vale of Belvoir. Colston Bassett Blue Stilton is one of the last to still be ladled into cheese moulds by hand. This method gives it a unique rich creamy taste.

The traditional drink to have with Blue Stilton is a tawny port although it is also fabulous with a sweet dessert wine such as a sauternes.