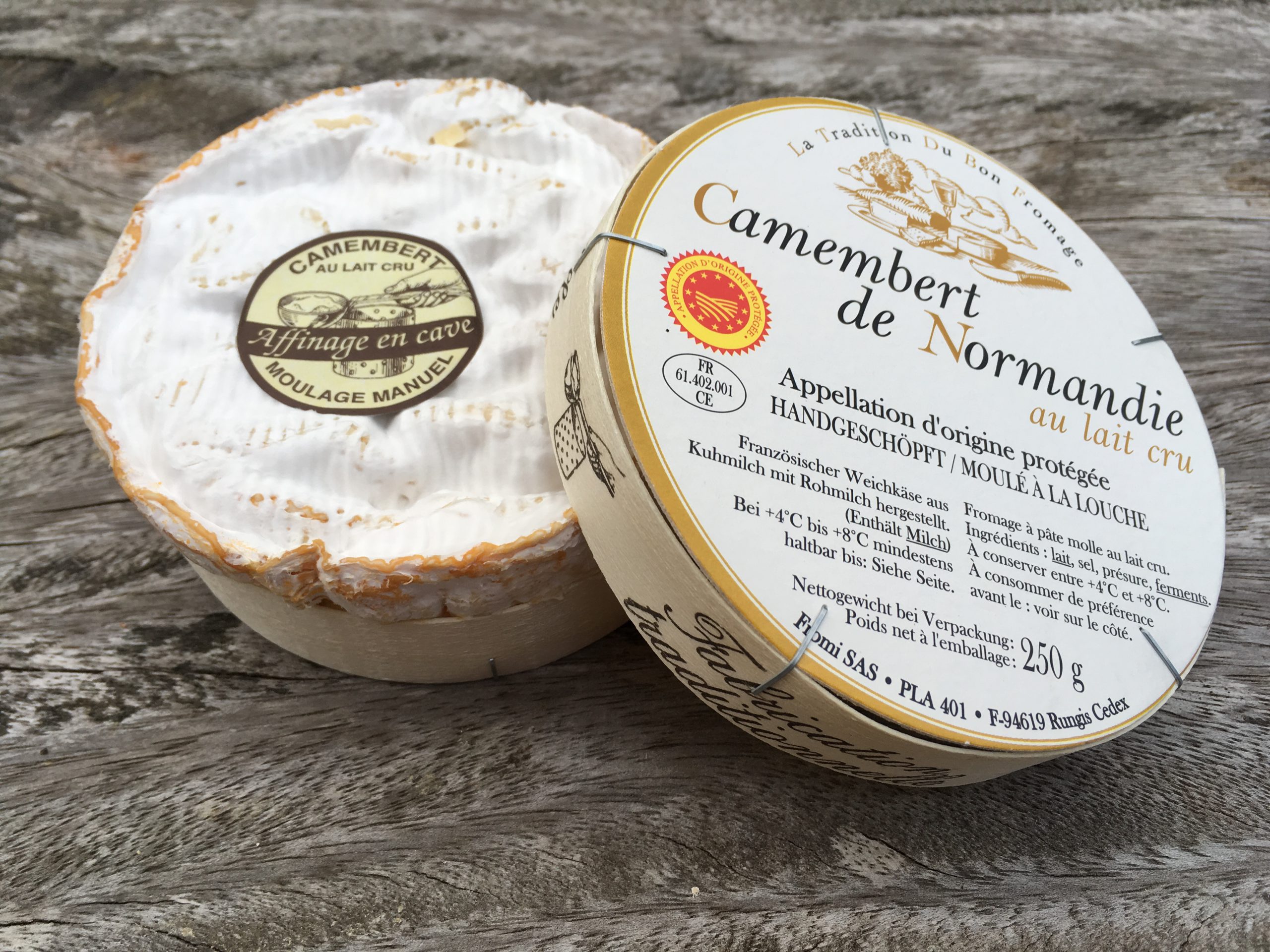 A Camembert de Normandie takes a minimum of 14 days to be produced. From day one when the milk is collected and poured into the cheesemaking vat to day 14 when the cheeses are graded to establish which can be placed into their trademark boxes ready for sale.

Legend has it that Camembert de Normandie was first produced by Marie Harel in 1791. This farmer’s wife was sheltering a priest during the French Revolution and he taught her how to make Brie style soft cheeses. The Normande cows’ milk gave her cheeses a more intense flavour than Brie and Camembert was born. However, there are many who believe that Camembert was being made before Marie first produced it. Camembert de Normandie became famous when it was presented to Naploean III during the World Fair of 1855. During the First World War French troops were issued with Camembert as part of their rations. It truly is a French institution.

Nowadays most Camembert de Normandie cheeses are contained within thin boxes made from poplar wood. This helps to protect them as they are transported worldwide. It is very popular in the restaurant trade as a baked starter. Indeed, there is something wonderful about dipping warm bread into a baked Camembert, the cheese just drips into your mouth and all your taste buds quiver!