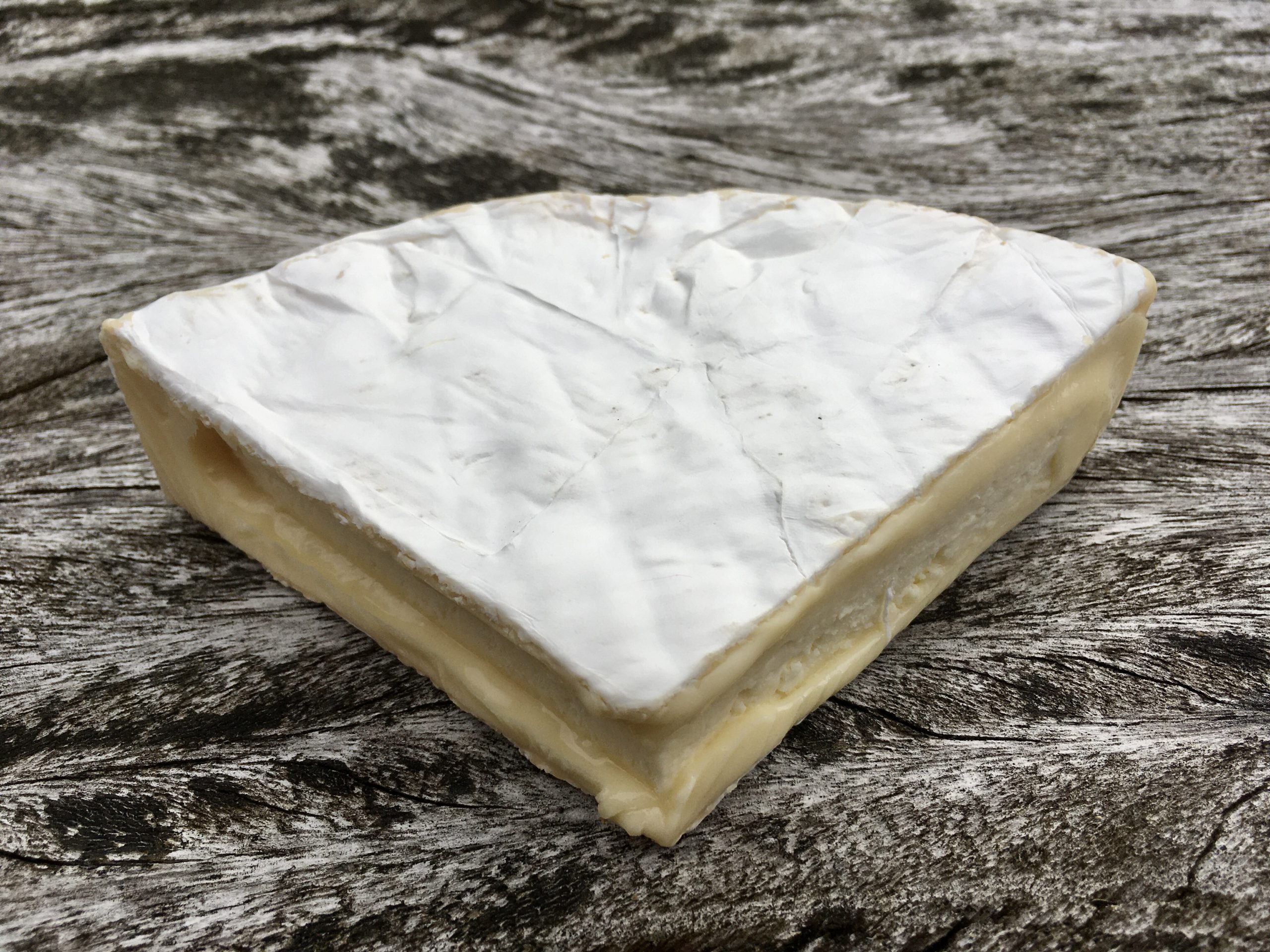 West Country Brie is creamy with a mild, fresh flavour and a soft edible white rind. Its curd is the colour of straw whilst as it ripens from the outside in, it becomes softer, richer and with a fuller flavour.

Our West Country Brie is exactly what it says on the wrapper. Soft and creamy with herbaceous flavours it is a perfect example of an English classic. It is made at the Lubborn Creamery in the valley of Cricket St Thomas. This South Somerset valley has perfect soil and plenty of rainfall producing ideal grazing for the cows that roam the pastures. Their cheesemakers have been perfecting the art of soft cheeses for generations. The same creamery also produce our Capricorn Goats’ Cheese.

One of the world’s best-known soft cheeses, Brie originated in north-east France, but whilst Brie de Meaux is covered by its PDO status, the term ‘brie’ can be applied to any cheese. Brie is now made all over the world, including in southern England. The large, flat wheels of cheese have a white, downy rind and a pale, mildly flavoured interior that is chalky when young, becoming increasingly runny as the cheese matures.

West Country Brie is a fabulous example of a British brie. It is milder than its French counterparts but still has plenty of flavour. The cheese itself starts out firm with a soft tang. Then, as it ripens, it becomes creamier and glossier, with a greater depth of flavour and a softer texture.

A whole wheel of West Country Brie weighs between 1.1-1.2kg.

We love this cheese with a glass of fruity Côtes de Rhône and a plain cracker.