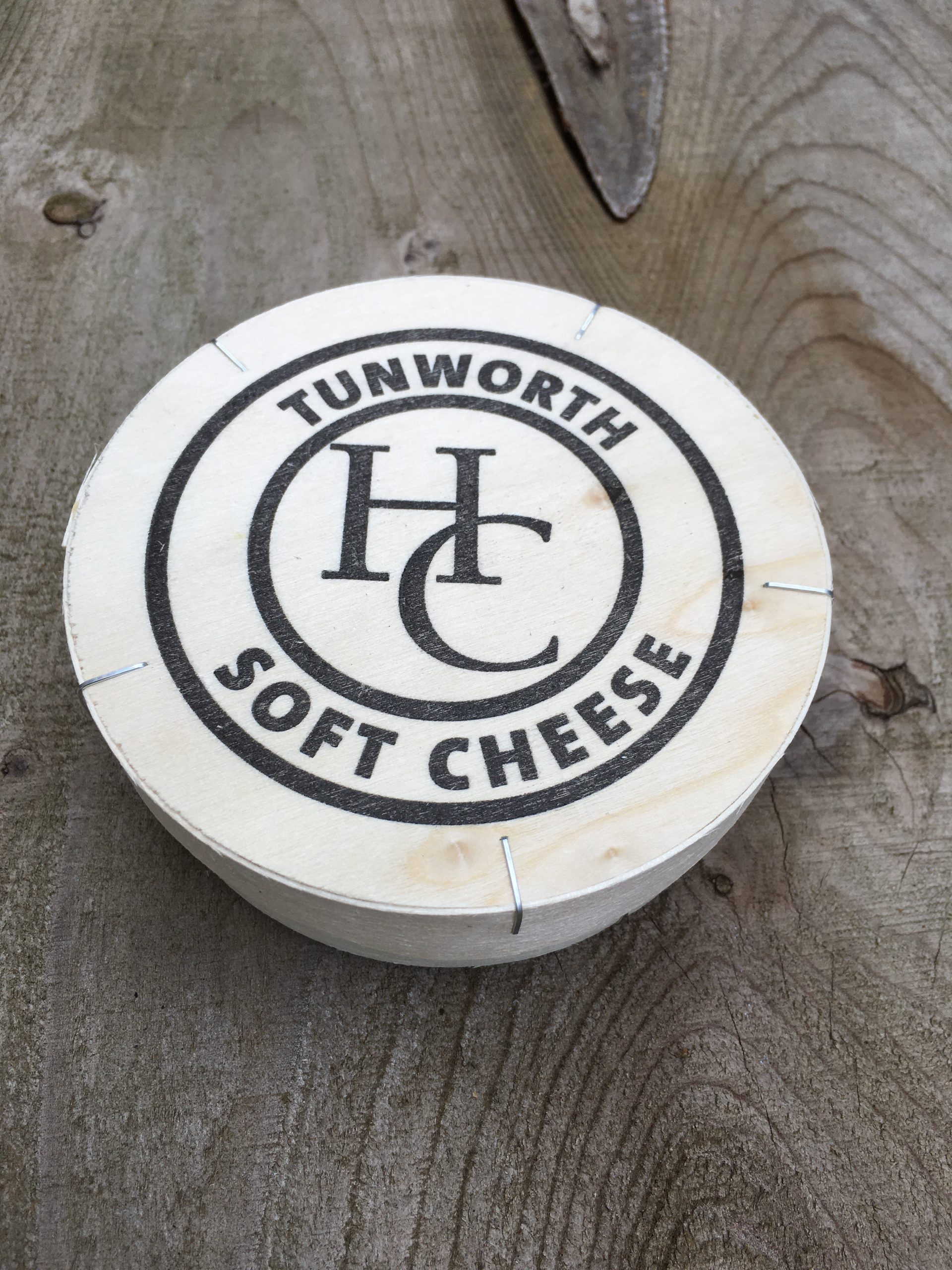 Soft, oozing and totally delicious, Tunworth cheese is the closest thing to a Camembert de Normandie PDO that is produced here in the UK

Tunworth is made in the village of Herriard, just on the outskirts of Basingstoke. It is here that Stacey Hedges and Charlotte Spruce make their award winning cheese by hand. Milk is delivered every morning from a nearby farm, after production the cheeses are matured for 7-8 weeks. The result is 250g of creamy wonderfulness.

Stacey first made Tunworth in her family kitchen. She decided to focus on a Camembert style cheese after asking several cheesemongers what sort of cheese was missing from the British cheesemaking scene. The result is a full fat cheese which would take pride of place on any cheeseboard. The cheese itself has a sublime flavour with a mushroomy aroma. Some people like to bake a Tunworth as they would a Camembert de Normandie PDO but we love to eat it straight as it comes.

This cheese is so good that it has won the title of Supreme Champion at the British Cheese Awards twice!