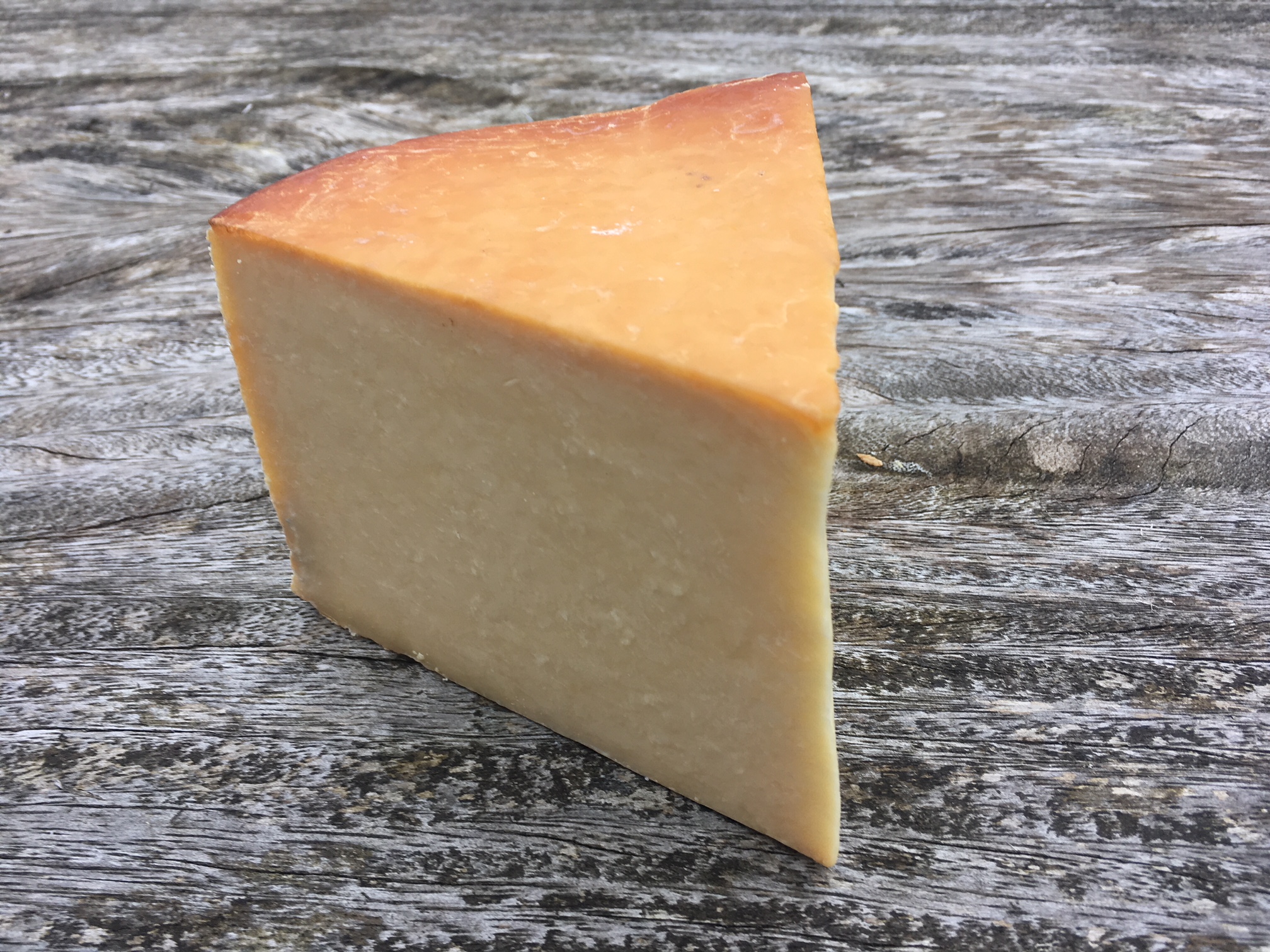 The Kirkhams make this cheese by taking their traditional, crumbly cheese and smoking it gently over oak. The result is a beautiful tasting cheese with just the right mix of cheese vs smoke.

Our Kirkham’s Smoked Lancashire is the last traditionally made, unpasteurised Lancashire cheese still being produced in the UK. The base for this smoked cheese is their own two to three month old Creamy Lancashire. The Kirkhams then slowly smoke the cheese over wild hickory branches which creates a cheese with a rich, tangy, smoky flavour which is still creamy yet crumbly in texture.

The Kirkham family have been making cheese on their farm in the heart of Lancashire for three generations. Kirkham’s Lancashire cheese is traditionally made using the curd from two or three days of milking. This is due to the milk coming from the farm’s own herd which wouldn’t have produced enough milk in one day to make cheese. Today Graham Kirkham still follows this exact same method as it makes his cheese as unique as it always has been. Lancashire cheeses are generally labelled as being either Creamy or Tasty. Creamy cheeses are matured for between one to three months whereas Tasty cheeses are matured for three months to a year. Some factory made variations call themselves Crumbly Lancashires, these tend to be sharper in flavour as they are younger than the traditional varieties.

It is thought that the first smoked cheese was discovered by accident. Probably the cheese was kept too close to a fire but it was soon discovered that it didn’t harm the cheese. This then led to cheeses being smoked to help preserve them. Nowadays we smoke cheeses because they taste amazing!

Some smoked cheeses are artificially smoked. This means that the cheese has a smoke flavouring added to it. We prefer to stock cheeses which have actually been smoked. Usually this involves a cold smoke process. Cold smoking means that the smoke is generated in one area whilst the cheese is in another unheated area. The smoked is then pumped into the area where the cheese is kept. Cheeses are generally smoked over oak, applewood, hickory or beech chips. These all impart a different, but fabulous flavour.

Smoked cheeses pair brilliantly with tart apples and white grapes. They also are amazing when used in cooking. We love to add a bit of smoked cheese to cauliflower cheese, macaroni cheese & fondues.

Try Kirkham’s Smoked Lancashire with a glass of Shiraz.