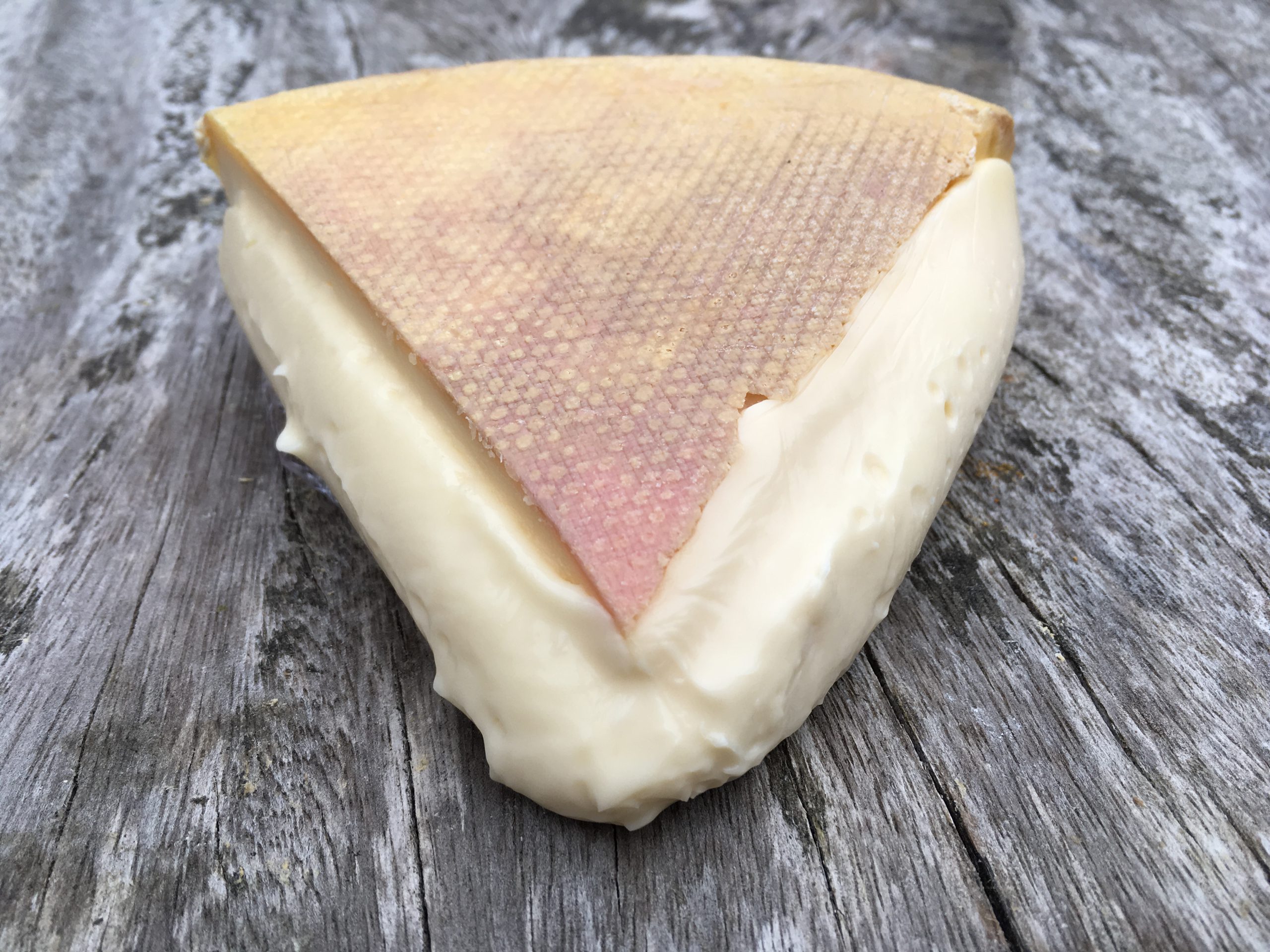 Best with Pear Cider, Cows' Milk, English Cheese, Pasteurised Milk, Vegetarian Cheese
Stinking Bishop is the very definition of unctuous! It is soft, gooey, sticky and incredibly pungent. It more than lives up to its name and it can hold its own against any continental washed rinded cheese.
Description
Description

Stinking Bishop is quite possibly one of the most famous washed cheeses produced in the UK. It was bought to people’s attention as the smelly cheese used to resuscitate Wallace in the film ‘The Curse of the Were-Rabbit’.

The cheese gets its name from a type of pear that grows in Gloucestershire. This pear is used to make the pear cider (perry) that the cheese is washed in. Legend has it that the pear variety gets its name from Fred Bishop. He was a farmer in the early 1800s with a reputation for having an awful temper, therefore the locals called him Stinking Bishop!

This cheese is completely unique in its production and the resulting flavours are immense. The washed, orange rind of the cheese is its strongest smelling and therefore tasting element. Within the rind lies a beautifully smooth and creamy cheese which has a mild, buttery, and almost sweet flavour. This cheese definitely tastes better than it smells.

The cheese itself is made in Dymock, Gloucestershire, by Charles Martell and his team of cheesemakers. They have a separate room in the dairy where the Stinking Bishop is matured. Above all else this is to stop the pungent aroma from cross contaminating their other cheeses!

The milk for the cheese comes from Charles’ own herd. His herd is made up of a 50:50 split between Gloucester and Friesian cows. However, it is the Gloucester milk that gives Stinking Bishop its creamy deliciousness. The cows themselves are extremely docile as well as being lovely to look at. They have a white stripe that goes down their backs, over their tails and under their bellies! Gloucester cows are one of Britain’s oldest and rarest breeds. In 1972 there was only one herd left in Britain but Charles has reversed their decline and he is responsible for almost singlehandedly saving the breed from extinction.

Gloucester milk contains small fat globules which makes it ideal for cheesemaking. The breed is part of the PDO for Single Gloucester cheese.

Stinking Bishop has won Gold medals at the British Cheese Awards. It is one of our favourite washed rind cheeses and the perfect way to enjoy it is with a glass of pear cider