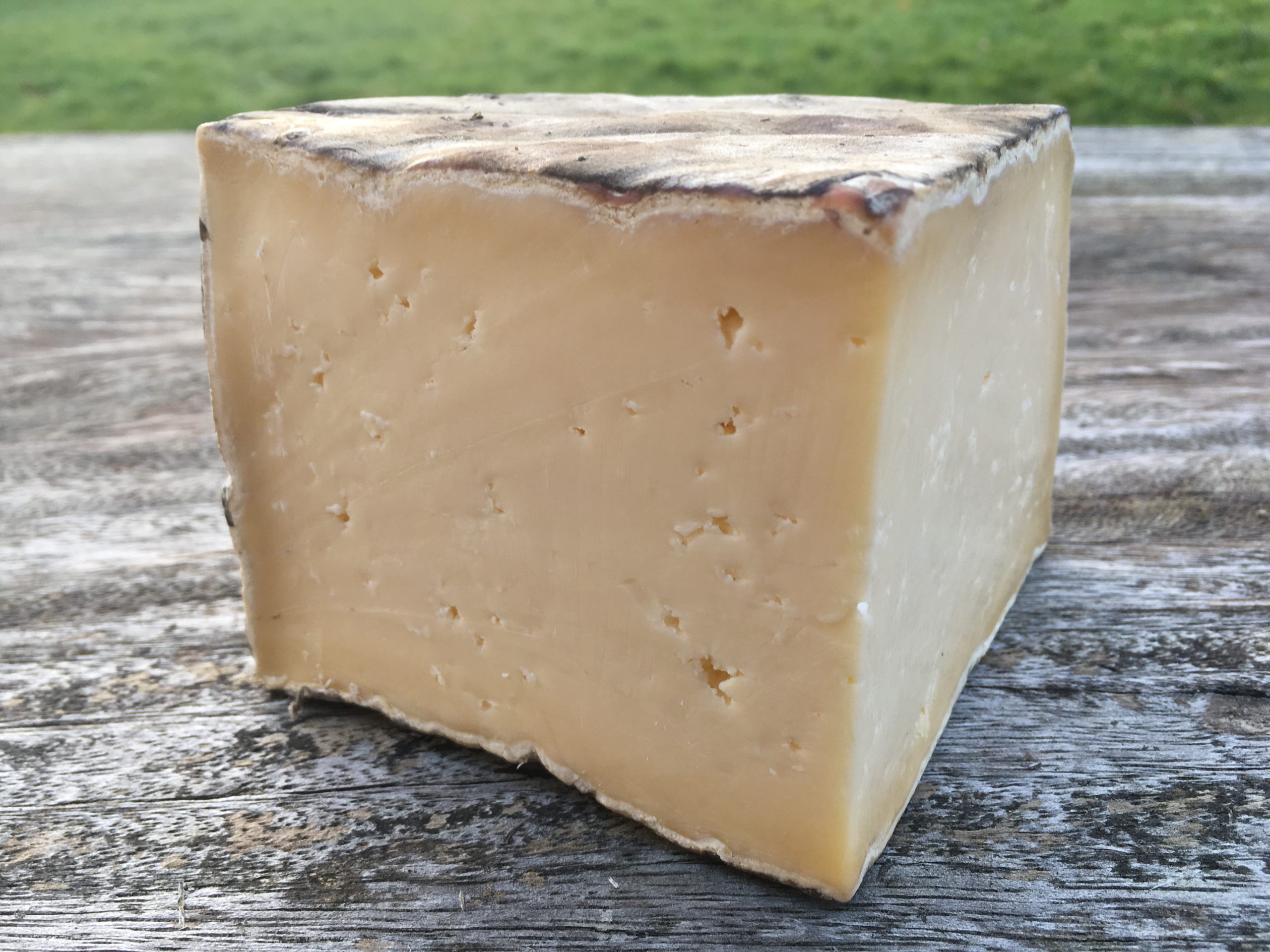 Best with Pear Cider, Cows' Milk, English Cheese, Unpasteurised Milk, Vegetarian Cheese
Single Gloucester is a lighter and younger cheese than its big brother Double. It has a fresh, sometimes nutty taste, which can be slightly more acidic than the Double but also very more-ish.
Description
Description

Traditionally Single Gloucester was made by farmers’ wives and kept on the farm for the family to eat. As it wasn’t for sale, they didn’t colour it like the Double Gloucester and it was eaten at a younger stage. This meant that it retained a creamy mellowness which is hard to match.

Single Gloucester is called single as it was either made in the summer from skimmed milk or in the winter when the cows were indoors eating hay and so their milk is less creamy.

We buy our Gloucester cheeses direct from the cheesemaker, Jonathan Crump. We were visiting Gloucestershire a few years ago and we turned up on Jonathan’s farm completely out of the blue! Jonathan showed us around and introduced us to his herd of pure breed Old Gloucester cows. We tasted his cheeses and decided there and then to stock them. We loved Jonathan’s ethos, his farming principles and the fact that all of the left-over whey from the cheesemaking went to feed his Gloucester Old Spot Pigs!

The Gloucester cows themselves are extremely docile as well as being lovely to look at. They have a white stripe that goes down their backs, over their tails and under their bellies! Gloucester cows are one of Britain’s oldest and rarest breeds. In 1972 there was only one herd left in Britain but the breed is now flourishing thanks to its milk being ideal for cheesemaking.

A glass of perry pairs beautifully with this cheese.