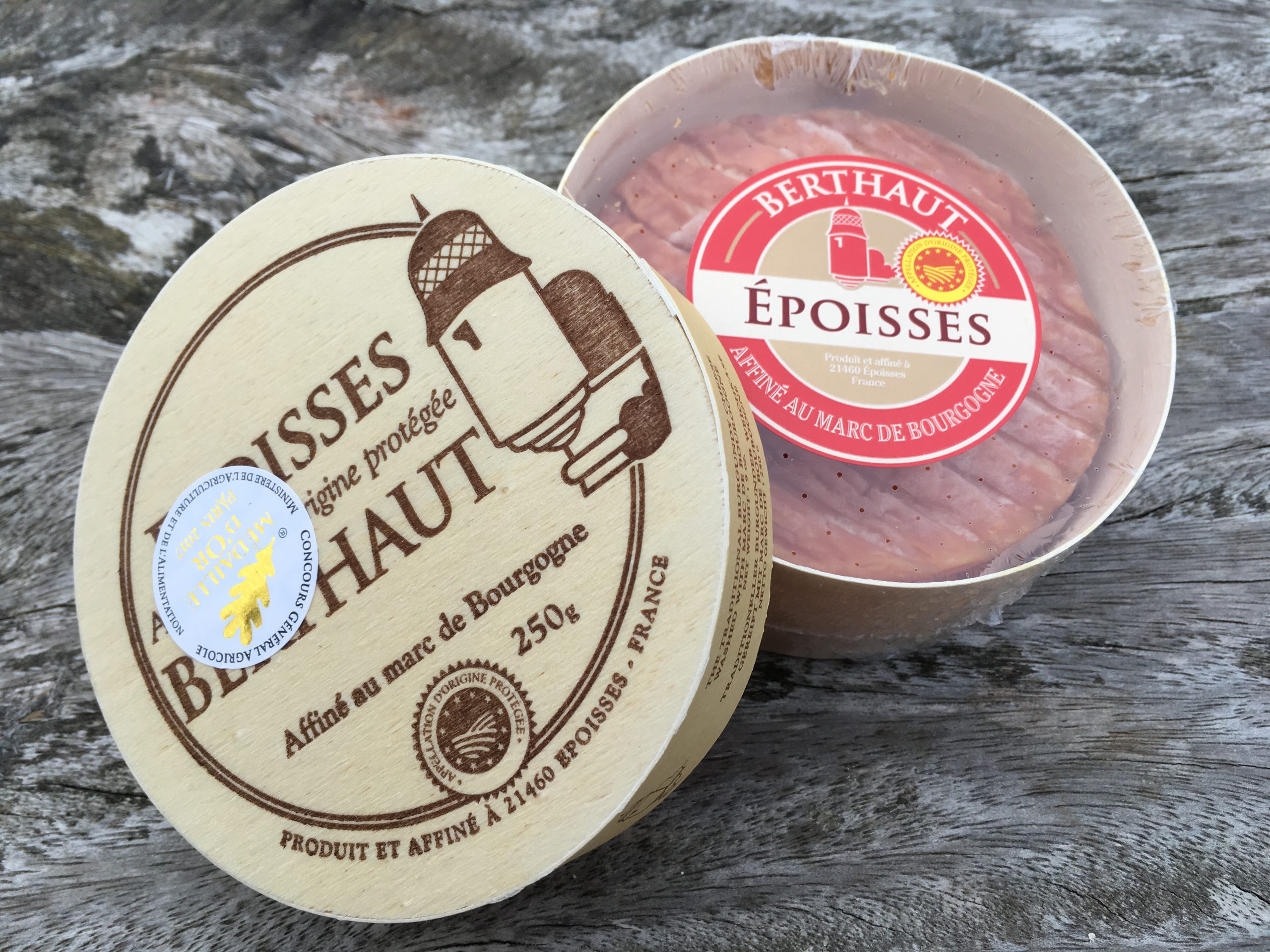 Best with Full bodied Chardonnay, Cows' Milk, French Cheese, Unpasteurised Milk
Époisses PDO is possibly the smelliest cheese in our counter! Washed in a French Brandy it is soft and squidgy with a ripe aroma. The cheese within its pungent rind is surprisingly mild and delicate.
Description
Description

You can sum Époisses up in three words: soft, sticky and smelly! The cheese is washed with Marc de Bourgogne, a locally made pomace brandy, giving it a strong, pungent aroma. Matured for at least 6 weeks, the rind takes on a deep orange colour and becomes stickier, while the cheese beneath (a rich, ivory paste) becomes creamier and stronger. Although it is known as a strong cheese, its flavours are surprisingly smooth and delicate.

Époisses was referred to as the “King of all cheeses” by Brillat-Savarin (a 19th Century gastronome) but the origins of the cheese date back to the beginning of the 16th Century when it was first produced by Cistercian monks from the Cîteaux Abbey. They named it after the town of Époisses in eastern France where it was first made. When the monks left the area local farmers carried on their cheesemaking tradition. Legend even has it that it was a favourite of Napoleon who enjoyed it with Chambertin wine.

At the start of the 20th Century there were over 300 farms making the cheese but by the end of the Second World War production had virtually died out. Luckily for us in the mid 1950s Robert and Simone Berthaut (two farmers from Époisses) decided to revive the cheese and production began again. In 1991 the cheese was granted protected status by the French National Institute of Origin and Quality.

The classic match for Époisses are wines from Burgundy with a full bodied Chardonnay being our drink of choice.