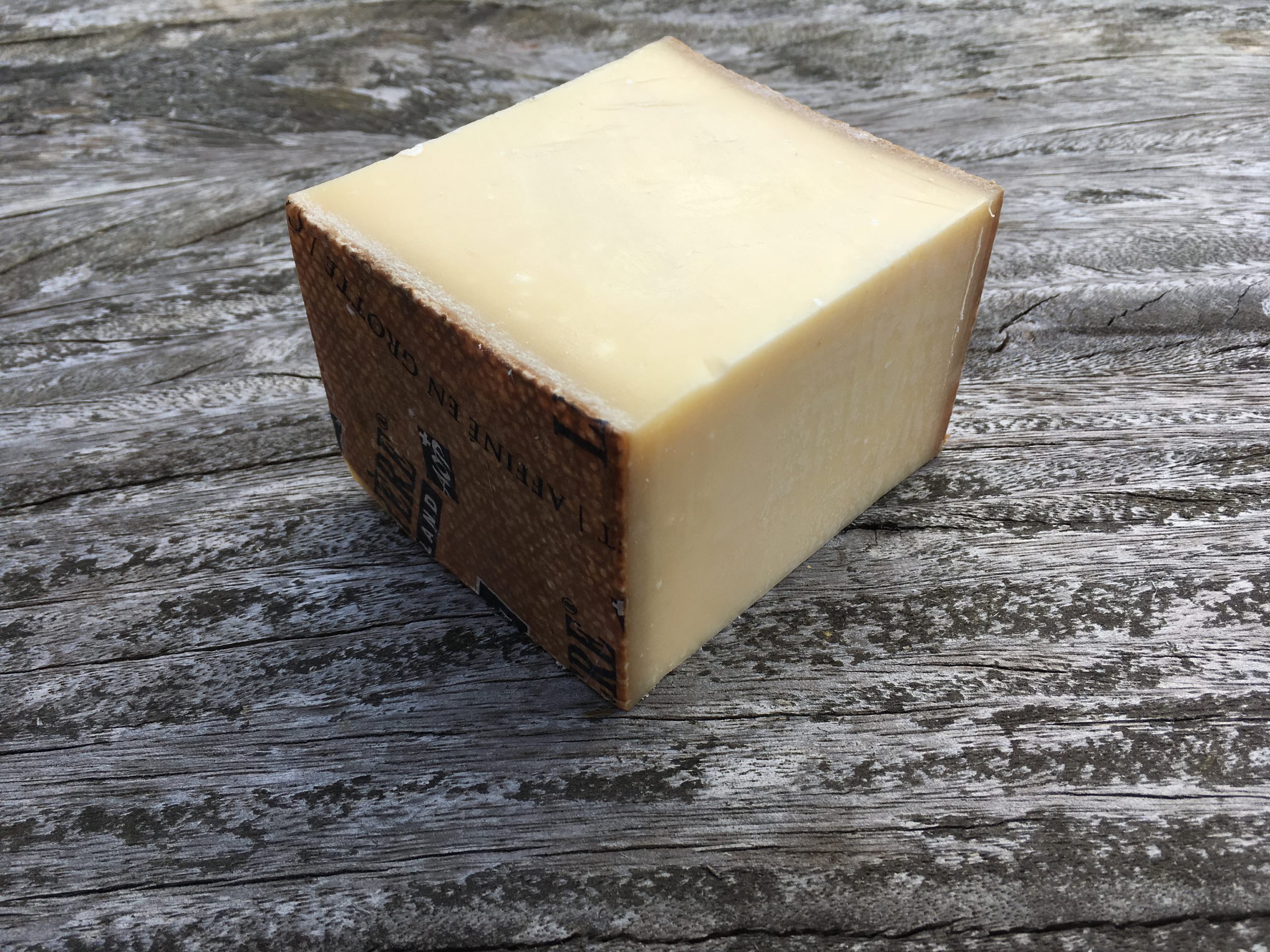 Best with Burgundy, Cows' Milk, Swiss Cheese, Unpasteurised Milk
Our Le Gruyère is the réserve (or surchoix) version which means it has been aged for a minimum of 10 months within the Kaltbach caves of Switzerland. It has an immensely wonderfully deep flavour and is one of our most popular continental cheeses
Description
Description

Our Le Gruyère is aged for a minimum of 10 months. This is done in a maze of sandstone caves in the Kaltbach (Lucerne) region of Switzerland. Its flavour is full-bodied with fruity and often nutty notes. It has a firm texture whilst the white spots sometimes apparent on the paste are the result of changes to the proteins during the ageing process – not salt!

The making of this cheese dates back to 1115 and the same recipe is still used throughout the 172 dairies that are licensed to make the cheese. These cheeses are made in vast 35kg wheels, each of which is stamped with the number of the dairy where it was made.

Le Gruyère itself is protected by a Swiss AOP. This means it has to be made within certain areas of the Swiss Alps surrounding the village of Gruyère.  It is produced using milk from cattle which have grazed on the finest pastures or naturally dried hay. The milk must be unpasteurised and come from farms within 20km of the dairy. It takes 400 litres of milk to make just one 35kg wheel of Le Gruyère cheese!

After 3 months from its date of production, the small dairies are visited by the Kaltbach cave masters. They use a rigid testing technique and only the highest scoring Le Gruyère cheeses are taken to be matured in the Kaltbach caves.

A wonderful cheese such as this can hold its own on any cheeseboard and it is also a key ingredient in a traditional Swiss Fondue.

We prefer to have it on its own with a glass of full-bodied red Burgundy.