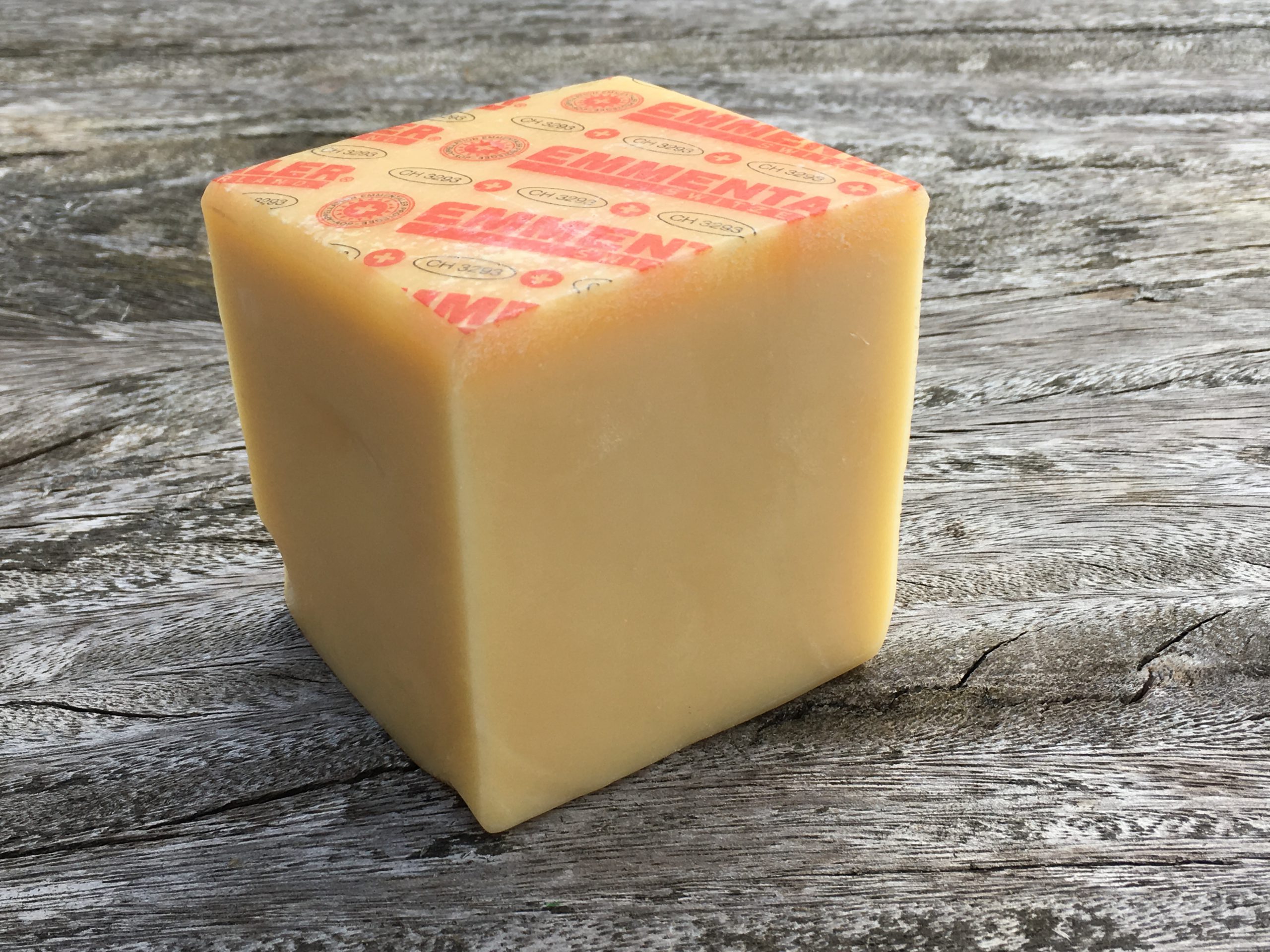 Swiss Emmentaler AOP is a firm cheese from the region of Bern, Switzerland. Riddled with holes, it is beloved for its sweet aroma and fruity flavour. It is wonderful when enjoyed on a cheese board but it is also perfectly suited to use in a cheese fondue because it melts beautifully

Instantly recognisable due to the holes (or eyes) in its smooth, pliable paste, Emmentaler has a nutty flavour which strengthens as the cheese matures. Its name comes from the Emme Valley which is in the Swiss canton of Bern where it was originally made in the 13th Century. Ours is the mild Emmentaler which has been matured for up to 4 months. It has a sweet, smooth, nutty flavour with hints of fruits and slight savoury tones.

Emmental was first recorded in writing in 1293 but it wasn’t until 1542 that the cheese was widely known as Emmental. It used to be thought that the eyes in the cheese were imperfections and cheesemakers would try to produce cheeses without them. These eyes are created during one of the final stages of maturation when the cheese is moved to a warmer room. This causes a reaction which releases carbon dioxide previously trapped in the paste.

The cheese itself is protected by a Swiss AOP which states that the cheeses must be unpasteurised and at least 4 months old. They have to be made in certain areas of Switzerland and the cows can only be fed on grass or hay. Every cheese that is made has a four digit identification code on its label and this code refers to the dairy that made the cheese. All of the milk used in the production must come from farms which are within 20km of this dairy.

Emmentaler is a key ingredient in a classic Swiss Fondue which would traditionally be enjoyed with a glass of fruity white wine such as a Pinot Blanc.