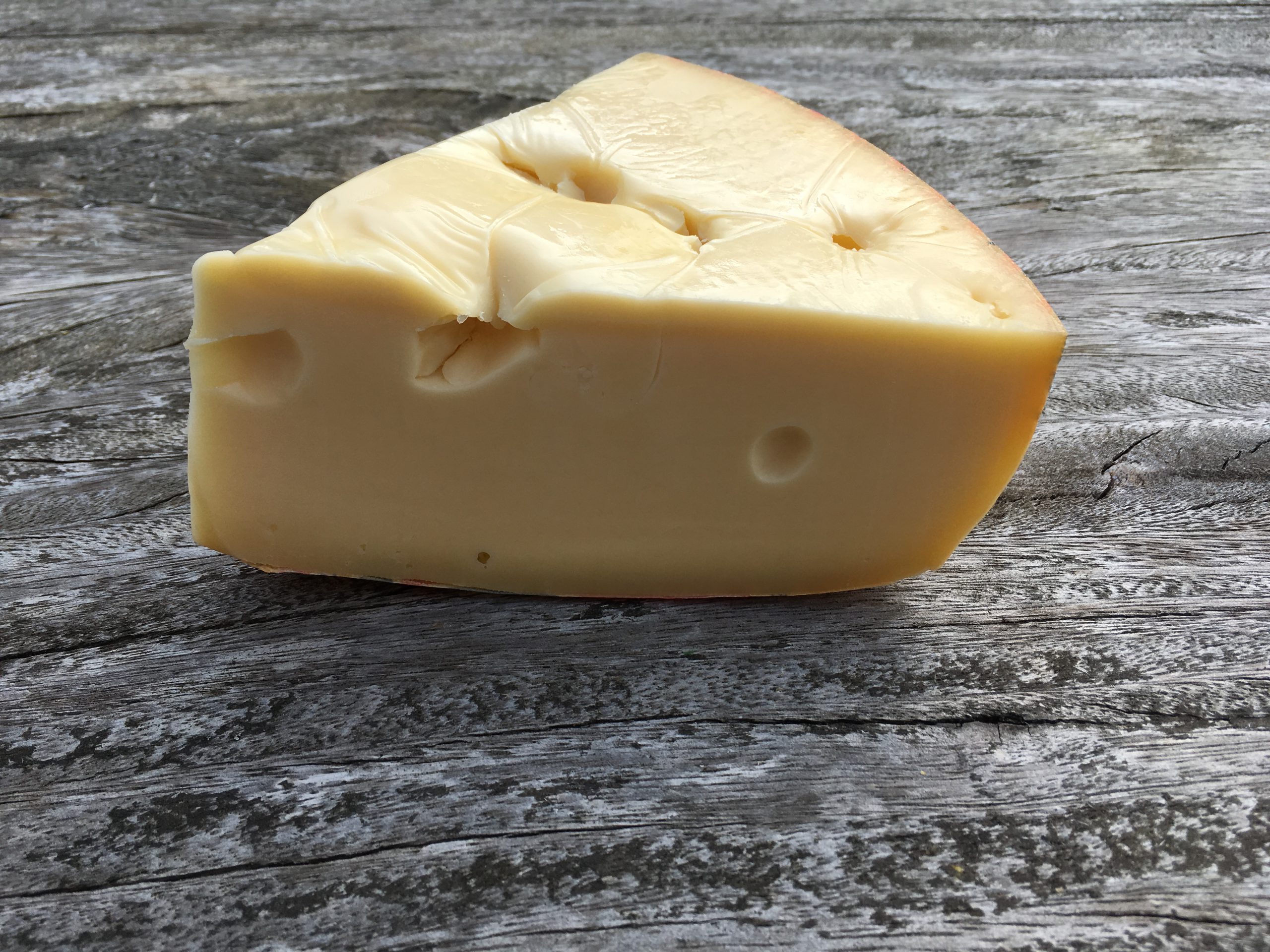 Best with Chardonnay, Cows' Milk, Norweigan Cheese, Pasteurised Milk
Our Jarlsberg is matured for just three months, during which time it develops clean, rich, sweet and nutty flavours. The cheese itself is coated in a yellow wax which helps to protect it during its maturation period. Within this wax its texture is smooth, pliable and creamy.
Description
Description

Jarlsberg is famous around the world for its distinctive taste as well as the large, round eyes (holes) found in its paste. These eyes are created during a reaction which causes the release of carbon dioxide previously trapped within the paste.

The original Jarlsberg is based on a secret Norwegian recipe from 1956. It is so secret that only a handful of trusted people know of its whereabouts. The combination of traditional cheese-making and modern technology gives the cheese an edge; appreciated by all who try it.

A cheese called Jarlsberg can be traced back to 1855 when Anders Larsen Bakke (a farmer and pioneer in Norway’s dairy industry) produced cheese in the village of Våle in what was then the county of Jarlsberg and Larviks Amt. However in spite of being so popular that it was being produced on a mass scale the cheese disappeared from the market.

The history of the cheese we now know as Jarlsberg dates back to the 1950s. A professor by the name of Ole Martin Ystgaard was leading a research project at the Dairy Institute at the Agricultural University of Norway. He and his students experimented with different European cheeses with the aim of producing a Norwegian speciality. They discovered that if they added different cultures to cheese milk they ended up with cheeses that were creamy, nutty and savoury and they contained the now famous Jarlsberg eyes. They carried on with their research until they achieved a consistent finish that could be re-produced on a large scale. In 1957 they registered the name Jarlsberg with the Norwegan Ministry of Agriculture and the rest, as they say, is history!

Jarlsberg is often thinly sliced and used in breakfast. Eaten later in the day it pairs well with a glass of Chardonnay.