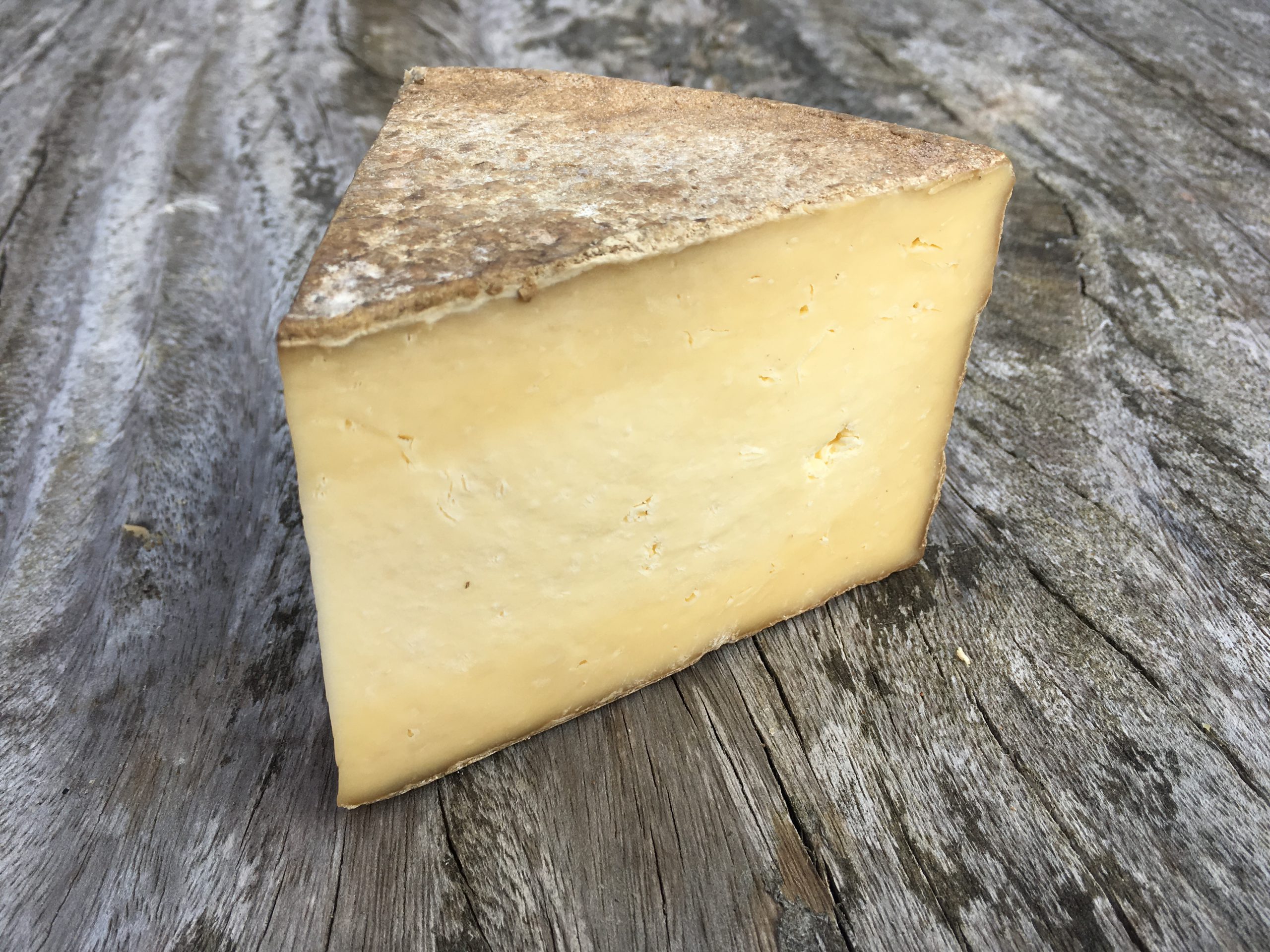 Duckett’s Caerphilly is crumbly in its centre yet moist and creamy just underneath its natural rind. This two-tone effect is the mark of a well-made, traditional Caerphilly. The cheese itself has a complex flavour profile with the crumbly centre being citrussy whereas below the rind the creamier area has earthy, mushroomy tones.

Duckett’s Caerphilly is named after a mining town near Cardiff. It is said that miners used to take hunks of cheeses, wrapped in cabbage leaves down into the pits for their lunch. Production of the cheese spread into Somerset where many cheddar makers began making it. However after the Second World War Chris Duckett was the only traditional Caerphilly producer left in business. When Chris retired he gave the recipe for his cheese to Tom Calver at Westcombe Dairy who has been championing the cheese ever since. Duckett’s Caerphilly has won several awards including the best Territorial Cheese at the British Cheese Awards.

We head down to Somerset every month to buy our Caerphilly direct from Tom at the dairy. We also collect his Westcombe Cheddar at the same time. This means we get to chat to Tom and his team and hear all their news.

We often use this cheese as part of our cheese towers. It looks so beautiful and it has a fabulously mild flavour which is very popular. It is also the same height and diameter as our Cornish Yarg and Rutland Red meaning we can make up a layer of the tower using two half moons of cheese. This adds variety and allows more cheeses to be used without affecting the balanced look of the cheese tower.

For us the very best way to enjoy a slice of Duckett’s Caerphilly is with a cube of dark fruit chocolate and a glass of White Burgundy.