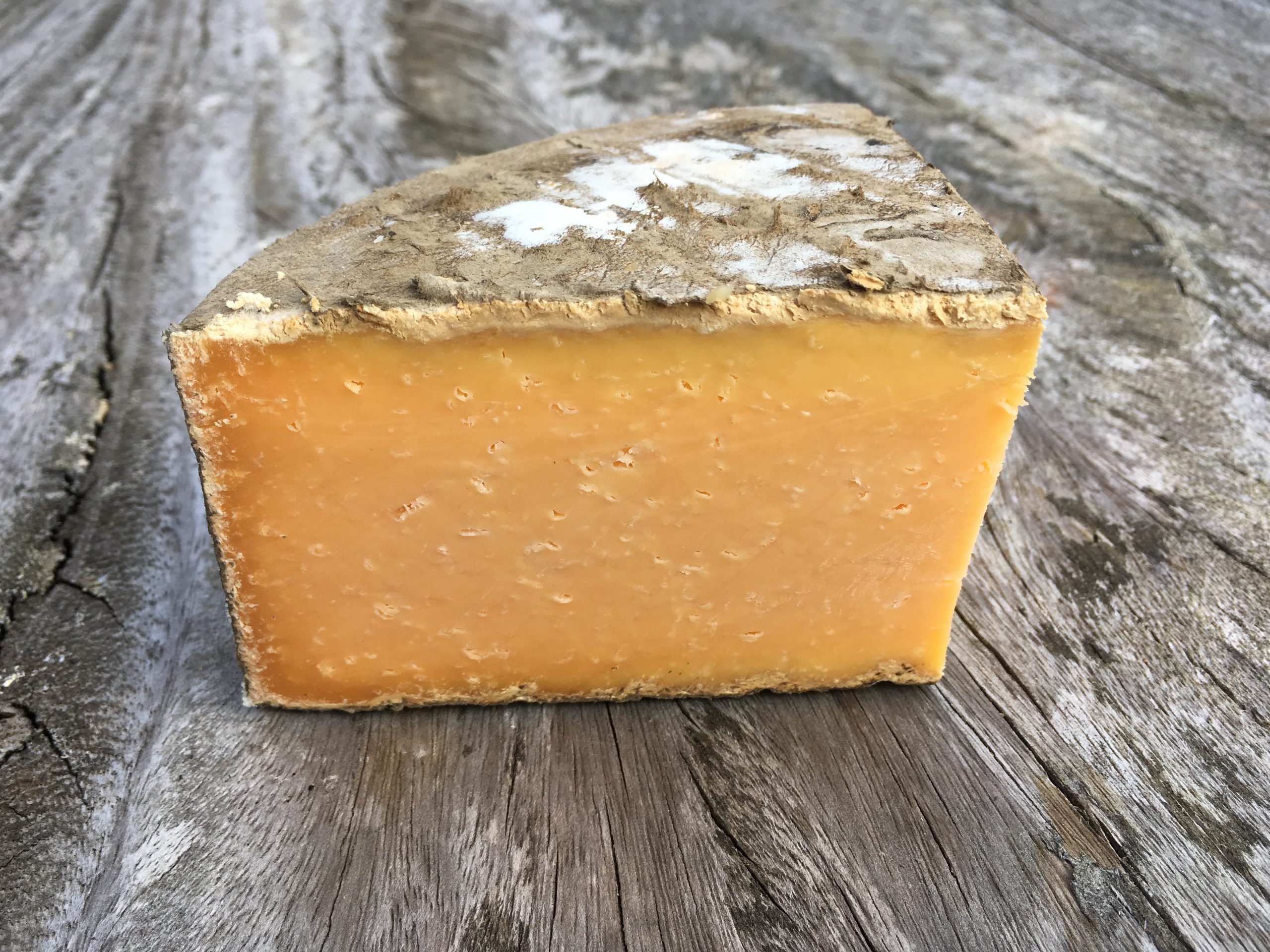 Our Double Gloucester is made in the heart of Gloucestershire. Under its natural rind lies a warm, golden coloured cheese which is crumbly yet creamy. It has a mellow, buttery flavour with deep savoury tones which come through as it warms in the mouth.

Double Gloucester was traditionally made by farmer’s wives and sold at markets. In order to make the cheese look more expensive they coloured its paste using annatto. Annatto is made from the fruit of the achiote trees which are found in the tropical regions of the Americas. The fruit themselves are not edible but the seeds found within them are surrounded by an orangery red pulp which is mixed with water to produce food colouring.

There is some debate as to where the double came from in Double Gloucester. Some think it was because the cheeses were traditionally double the size of the younger Single Gloucesters whereas others believe it is because the cheese was made using the milk from morning and evening milking, hence doubling the amount of cream in the end product.

We buy our Gloucester cheeses direct from the cheesemaker, Jonathan Crump. We were visiting Gloucestershire a few years ago and we turned up on Jonathan’s farm completely out of the blue! Jonathan showed us around and introduced us to his herd of pure breed Old Gloucester cows. We tasted his cheeses and decided there and then to stock them. We loved Jonathan’s ethos, his farming principles and the fact that all of the left over whey from the cheesemaking went to feed his Gloucester Old Spot Pigs!

The Gloucester cows themselves are extremely docile as well as being lovely to look at. They have a white stripe that goes down their backs, over their tails and under their bellies! Gloucester cows are one of Britain’s oldest and rarest breeds. In 1972 there was only one herd left in Britain but the breed is now flourishing thanks to its milk being ideal for cheesemaking.

Try this cheese with a glass of medium bodied Bordeaux.