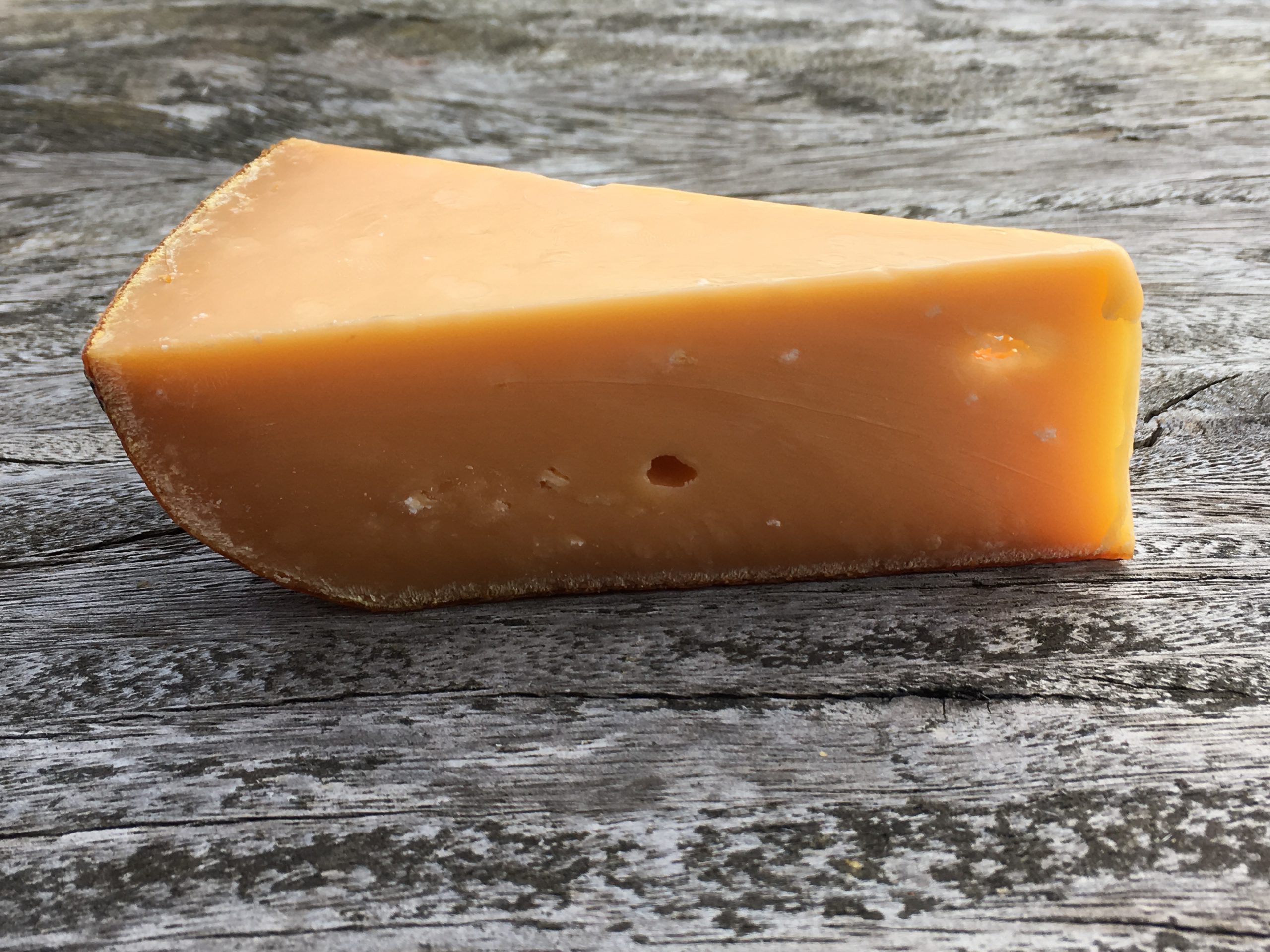 Best with Stout, Cows' Milk, Dutch Cheese, Pasteurised
At 48 months old, our Aged Gouda is the oldest cheese that we have in the shop. It is labelled as being a VSOC which stands for Very Superior Old Cheese! It is deliciously nutty with spicy undertones and an almost caramel like finish. The cheese itself is very hard and brittle with a crystalline texture.
Description
Description

This cheese is named after the Dutch town of Gouda, not because it was historically made there but because that is where the cheesemakers gathered to sell their wares. There is still a cheese market in the town square today. Our Gouda comes from the city of Woerden which is in the central Netherlands. The cheeses are made in local dairies and then taken to the Treur family who mature the cheeses in their specially made warehouse. We went to visit the warehouse and were amazed to see the million+ kilograms of cheese that they were caring for!

The crystals that appear in our Aged Gouda form naturally during the maturation period of the cheese. Water is lost from the cheese during the ageing process which causes the calcium lactate to become more concentrated and these crystals can form. They are a completely natural by-product of cheesemaking and are totally harmless when eaten.

A cheese as old and as tasty as this Aged Gouda needs a robust drink to have alongside it. Try it with a glass of good Irish Stout. 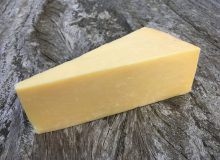