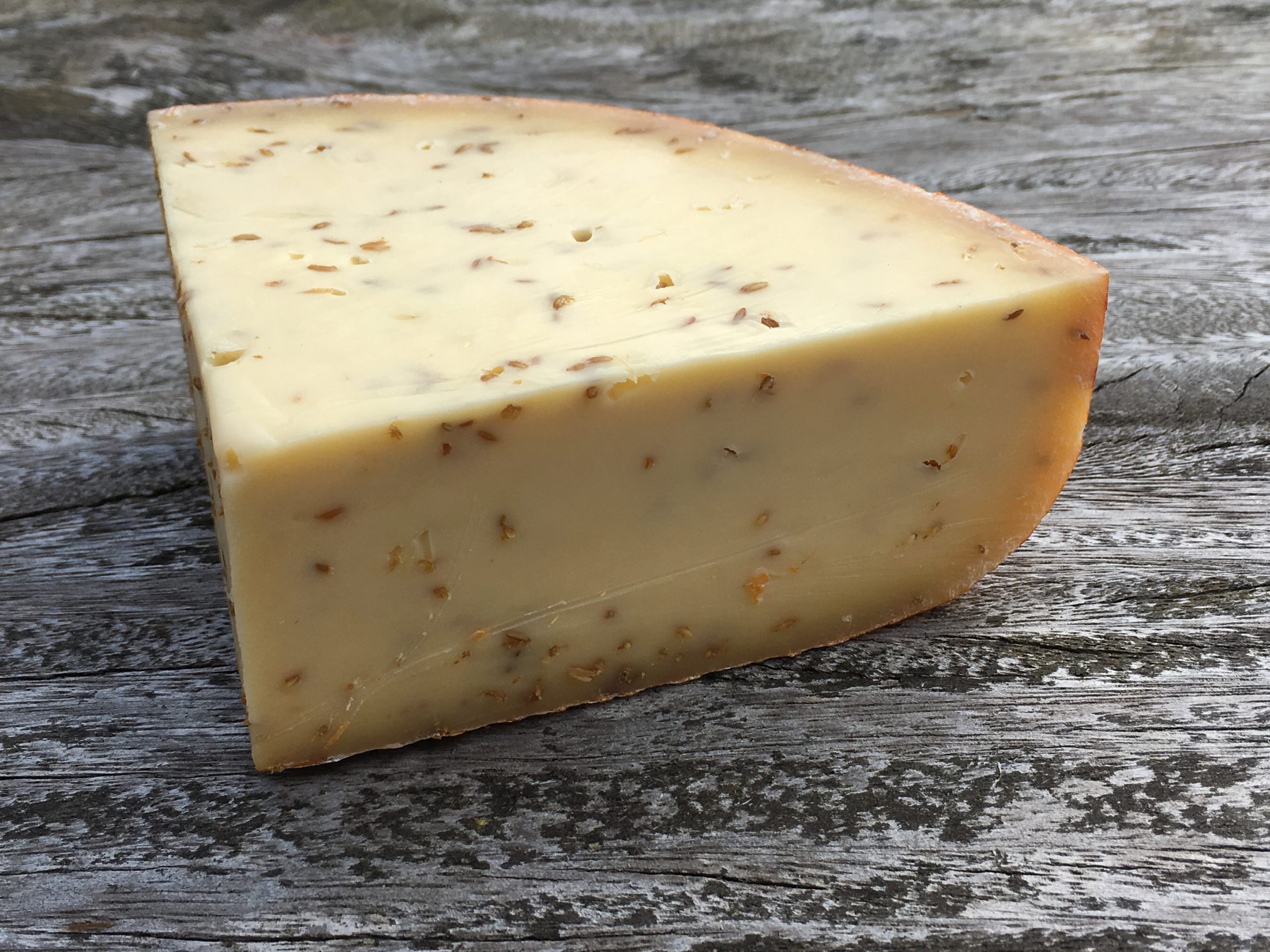 Best with Viognier, Cows' Milk, Cumin Flavour, Dutch Cheese, Unpasteurised Milk
Gouda with Cumin is a deliciously creamy cheese which has had cumin seeds added to the curds during production. The slight spiciness of the Cumin adds a wonderful dimension to a fabulous Dutch classic
Description
Description

Our Gouda with Cumin is matured for a mere 8 weeks so the base Gouda is very supple and creamy combined with the added cumin seeds to give it a deliciously pungent spicy tang. It is a true farmhouse cheese meaning that the cows live on the same farm as the dairy so their milk travels just a few metres before being turned into this scrumptious cheese!

This cheese has been made on Dutch farms since the early 17th Century. This was when the Dutch East India Company was founded and so exotic spices were suddenly available to Dutch farmers. They experimented with many different combinations including adding chilli to their famous Gouda cheeses, but it was the addition of Cumin which really took off. Nowadays this is the most common variant to Gouda that you can buy.

In the Netherlands they enjoy Gouda with Cumin as part of their breakfast. We love it a bit later in the day as part of a cheeseboard alongside a glass of Viognier.