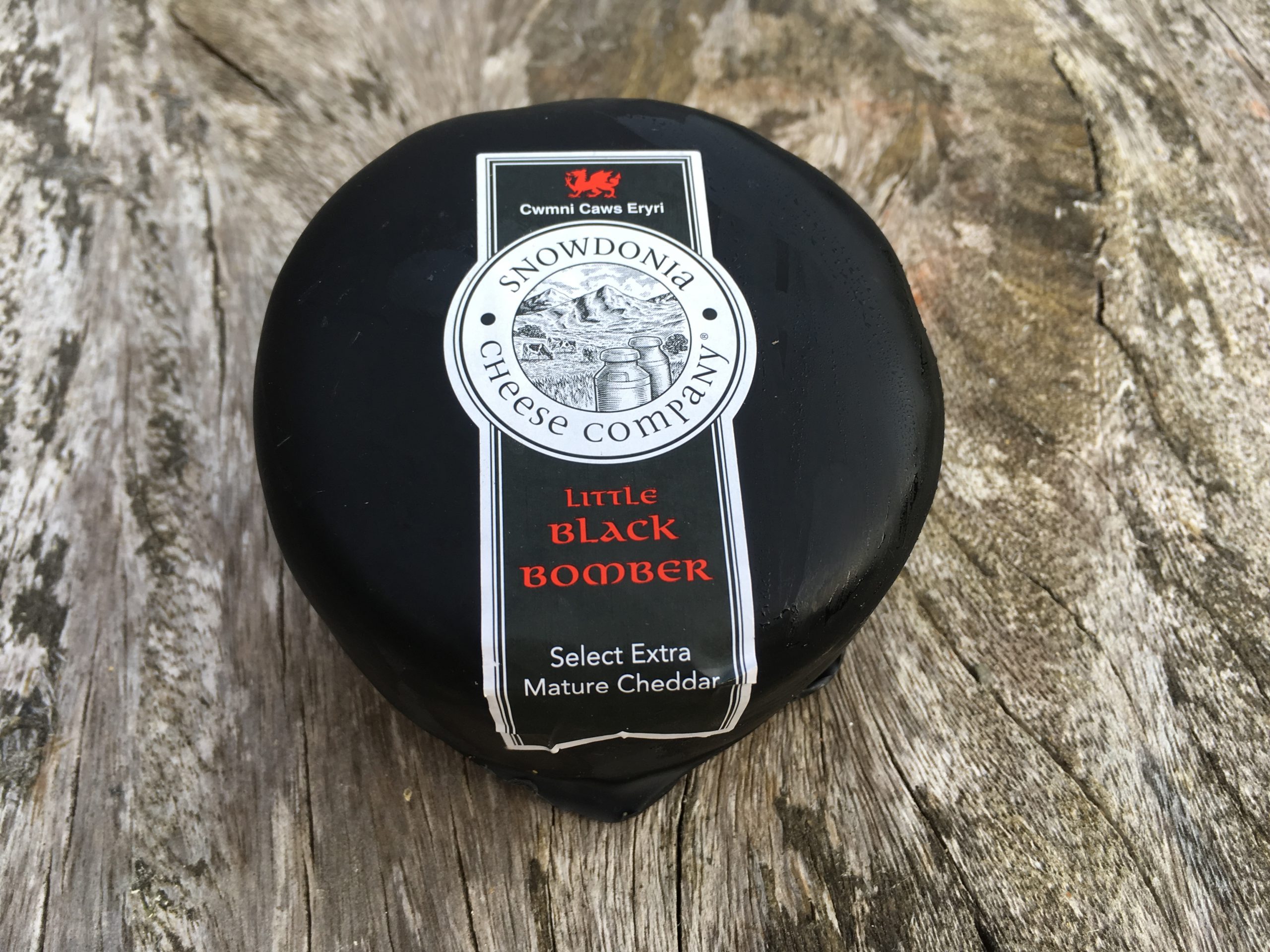 Snowdonia Black Bomber Cheddar is presented as a 200g waxed truckle containing an extra mature, creamy cheddar made in Wales.

Black Bomber Cheddar is the flagship cheese from the Snowdonia Cheese Company. They have been making cheese in the foothills of Snowdonia, North Wales, since 2001 and their cheeses are known around the world. Black Bomber frequently scoops the top prize in the Guild of Fine Foods Best Brands awards as well as winning medals at the World Cheese Awards, International Cheese Awards and a Super Gold at Mondial Fromage in France.

This particular cheddar is often described as a modern classic. It combines a rich, tangy, distinctively cheddary flavour with a fabulous creaminess that lingers long in the mouth.

It pairs nicely with a Golden Ale and an autumn apple chutney as part of a ploughman’s lunch.