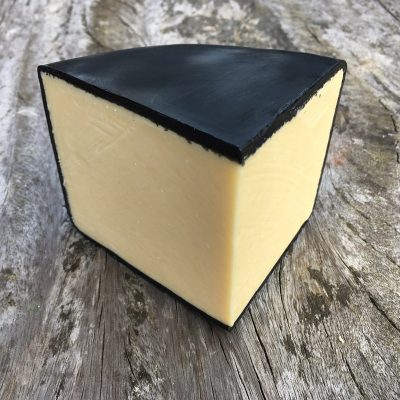 Just Jane Cheddar Cheese is a mature cheddar with a rich, creamy flavour and a charitable donation all in one!

Just Jane Cheddar has become a firm favourite with our customers, especially in their lunchtime sandwiches! Made in Lincolnshire just a short ride from where the Dambuster Bombers hailed from in World War II, this cheese comes with a wealth of history. Named after a Lancaster Bomber which travelled the world during its working life, every time we buy this cheese for our counter the cheesemakers make a donation to the Lincolnshire Aviation Heritage Centre for the purpose of making Jane fly again. You can read more about Just Jane’s progress here lincsaviation.co.uk/news/lancaster-nx611-return-to-flight/

Just Jane Cheddar itself is covered in a protective black wax which helps to keep the moisture in. The result is a creamy cheddar with a full flavour which pairs well with an Indian Pale Ale. 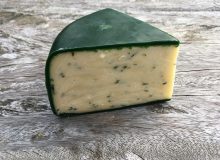