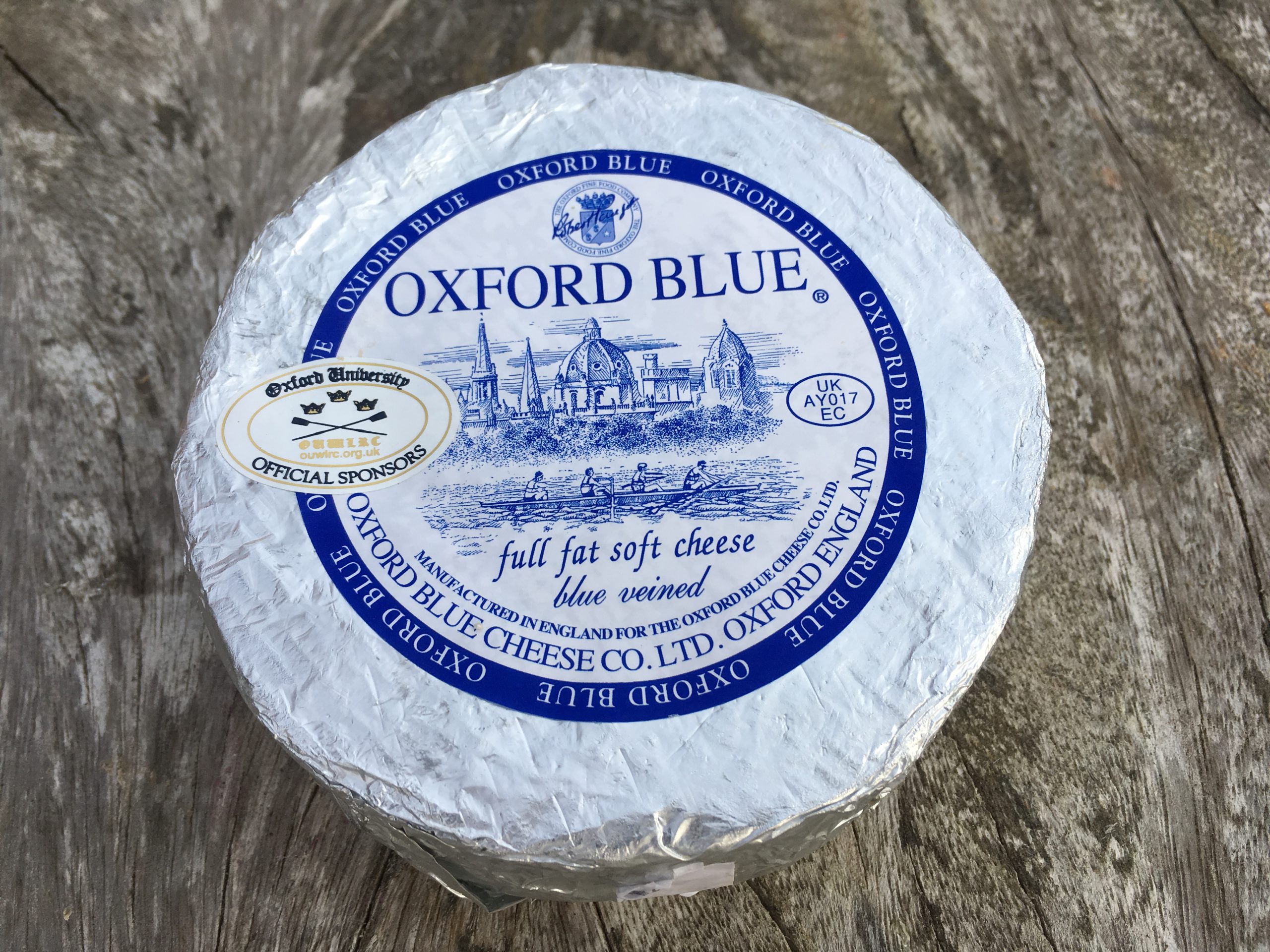 Oxford Blue Mini is a smaller version of Oxford Blue. It is a soft, creamy full flavoured blue produced for the Oxford Cheese Company who are based in Burford. Baron Robert Pouget is the founder of the Oxford Cheese Company and he wanted to produce a creamy English blue cheese that would match the European blues already on the market. The resulting cheese has a distinctive flavour and a soft, moist rind which adds to the overall flavour of the cheese.

We buy our cheeses directly from the Oxford Cheese Company so we know that they are going to arrive to us in the perfection condition that the cheesemaker intends. We also get to chat to them about their products and hear all of their news.

Oxford Blue was first produced in 1994 in collaboration with Hartington Creamery. At that time Blue Stilton was one of the few English blues available and there was nothing similar to the softer French cheeses such as St Agur and Fourme d’Ambert. The resulting cheese proved to be incredibly popular, especially in and around the dreamy spires of Oxford!

The cheeses are matured until they are released for sale at about 10 weeks. At this stage they are creamy, with a hint of crumbliness and a melt in the mouth flavour. The blue flavour is present, but it doesn’t overpower the cheese which is aromatic with some spicy notes. Flavours of dark chocolate, white wine and tarragon occasionally come through to the palate.