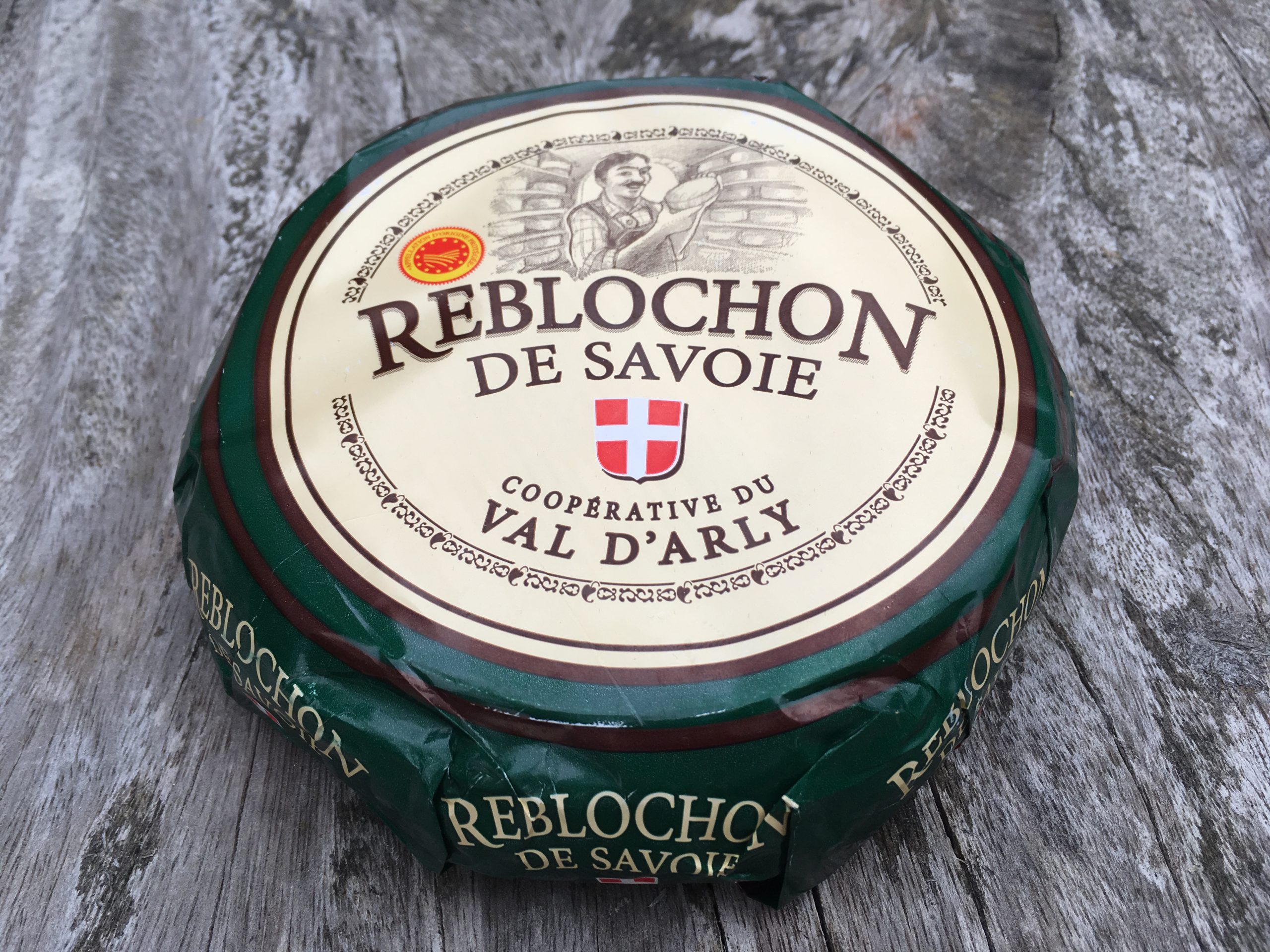 Best with Rich White Wine, Cows' Milk, French Cheese, Unpasteurised Milk
Reblochon PDO is a 450g whole cheese which is soft and supple underneath its washed rind. When really ripe the cheese has a distinctive aroma, we tend to sell it before it reaches this stage…!
Description
Description

Reblochon PDO is the 3rd biggest selling PDO cheese in France. It is made using milk from three different breeds of cow: abondance, tarine, and montbéliarde. It is a soft creamy cheese with a nutty aftertaste

The cheese itself was first made in the 13th Century. At that time the farmers rented rather than owned the land they farmed, and they had to give a portion of the milk produced as rent. When the rent payment was to be determined, the farmers only half milked the cows in order to reduce their milk production, and thus their rent. Once the landowner had been paid, the farmers would then conduct a second milking, which yielded a milk rich in fat. This milk was then preserved by turning it into Reblochon. The name Reblochon comes from ‘reblocher’ which means to milk again.

You can read more about the history of Reblochon PDO on this dedicated website.

The most famous dish made with Reblochon is Tartiflette. This is a classic dish from the Savoie region, originating in the valley of Aravis, home of Reblochon cheese. It is also used in some French fondue recipes. We sell it either as a whole or a half cheese.