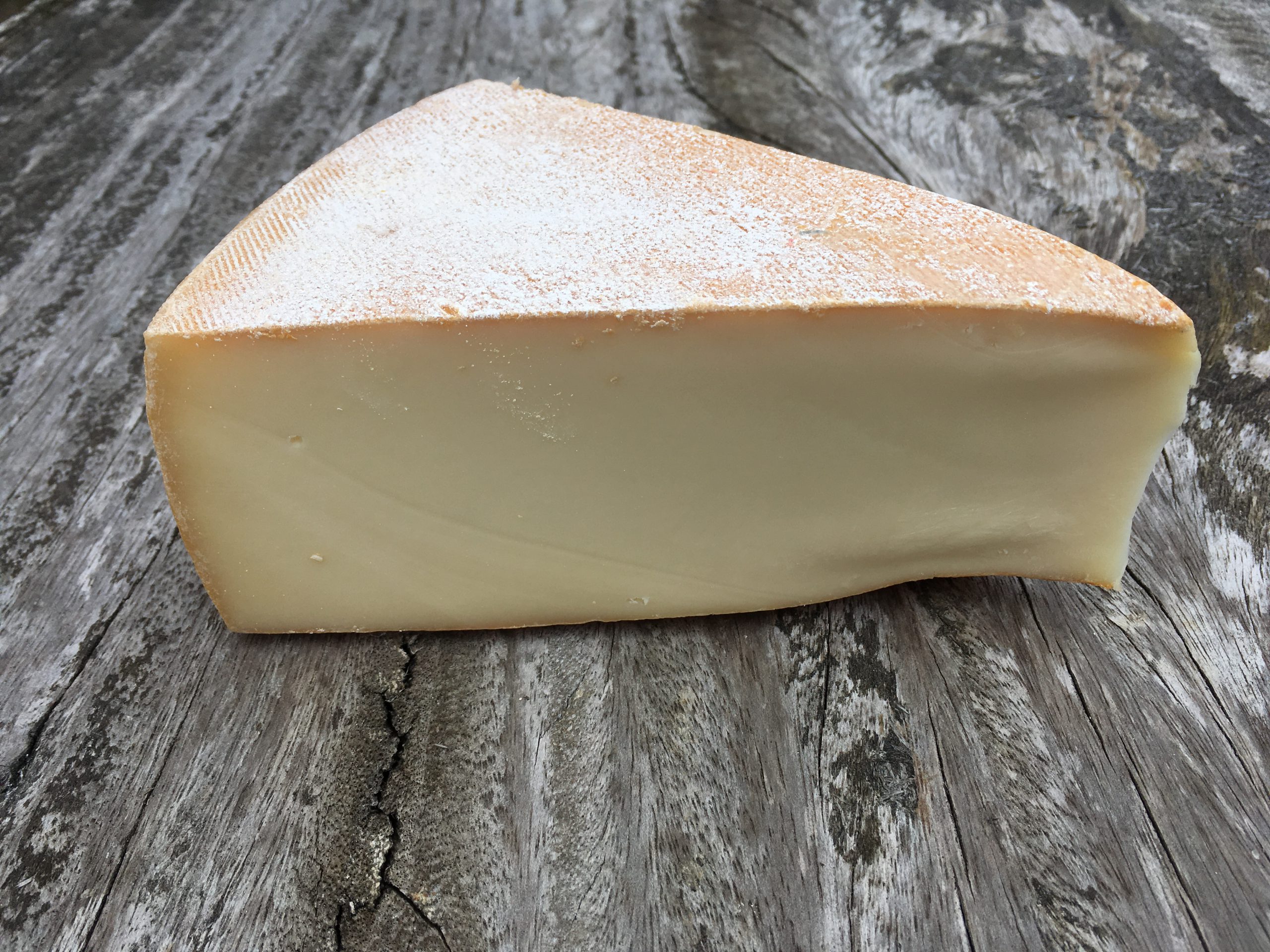 Raclette is a semi-soft cheese made on both sides of the French and Swiss Alps. Ours comes from the French side and tends to be slightly softer with a smoother, creamier flavour than its Swiss counterpart. The name Raclette comes from the French word ‘racler’, which means ‘to scrape’. The cheese itself has a pungent orangery rind with a straw coloured paste. Its flavour varies from mild and milky to rich and nutty as it matures.

The traditional way to eat Raclette is to melt it, either sliced in a little grill pan or melted under a heating element. It is then best served with potatoes, onions, gherkins and salami. The cheese doesn’t separate when melted which is why it is such a good cheese to cook with. We have a grill that we hire out to customers. There’s no charge for the hire, we just ask that you buy the ¼ of Raclette needed for the machine from us and return the grill in the same clean state as you received it. Contact us for more information.

The best drink to have whilst enjoying your warm potatoes covered in hot, melted cheese is a dry white wine as this cuts wonderfully through the body of the cheese.