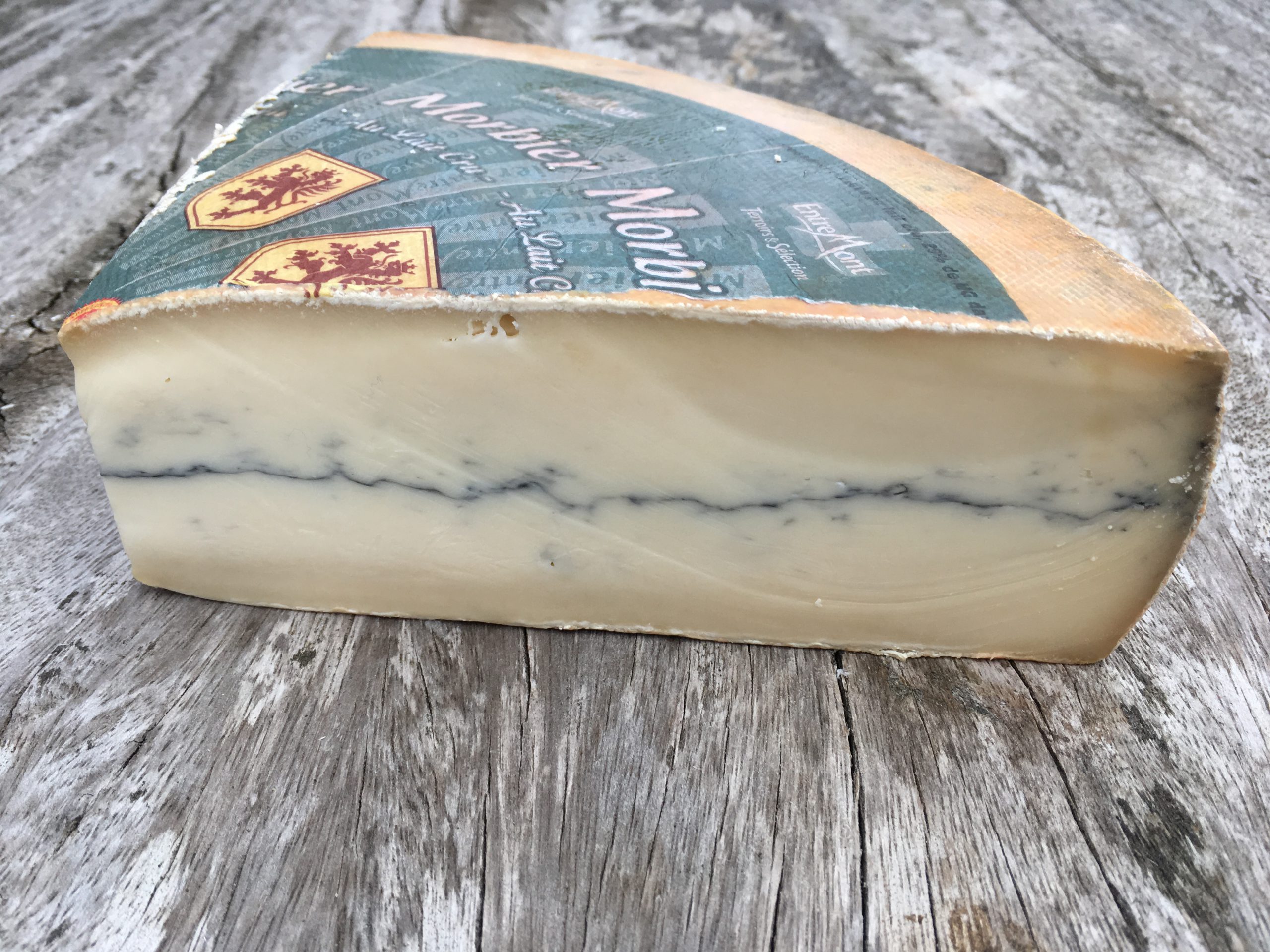 Morbier PDO is an aromatic cheese produced in the high pastures of the Massif of Jura. The diversity of the natural flora results in a high quality milk which is utilised in the cheesemaking. It can be immediately recognised due to the horizontal charcoal stripe that runs through its core.

Morbier is a semi-soft cows’ milk cheese named after the small village of Morbier in the Franche-Comté region of the French Alps. It is ivory coloured, soft and slightly elastic, and is immediately recognisable by the distinctive thin black layer separating it horizontally in the middle. It has a rind that is moist and pungent. Amazingly the taste of Morbier is in sharp contrast to its aroma. The cheese itself is mild and milky with fruity notes which get stronger the nearer you get to the rind.

Traditionally, the cheese consists of a layer of morning milk and a layer of evening milk. When making the big wheels of Comté, cheesemakers would end the day with curd leftover that was not enough to make an entire cheese. They would therefore press the remaining evening curd into a mould and spread ash over it to protect it from flies overnight. The following morning, the cheese would be topped up with curd made sing the morning milk. Nowadays, the cheese is usually made from a single milking but the traditional ash line still runs through it. The cheese is protected by its PDO status that was awarded by the French National Institute of Origin and Quality.

Morbier can be eaten on its own or as part of a cheeseboard. It melts very well so can be used in fondues as well as on pizza! Try it with a light, spicy Pinot Noir to bring out its full flavour.