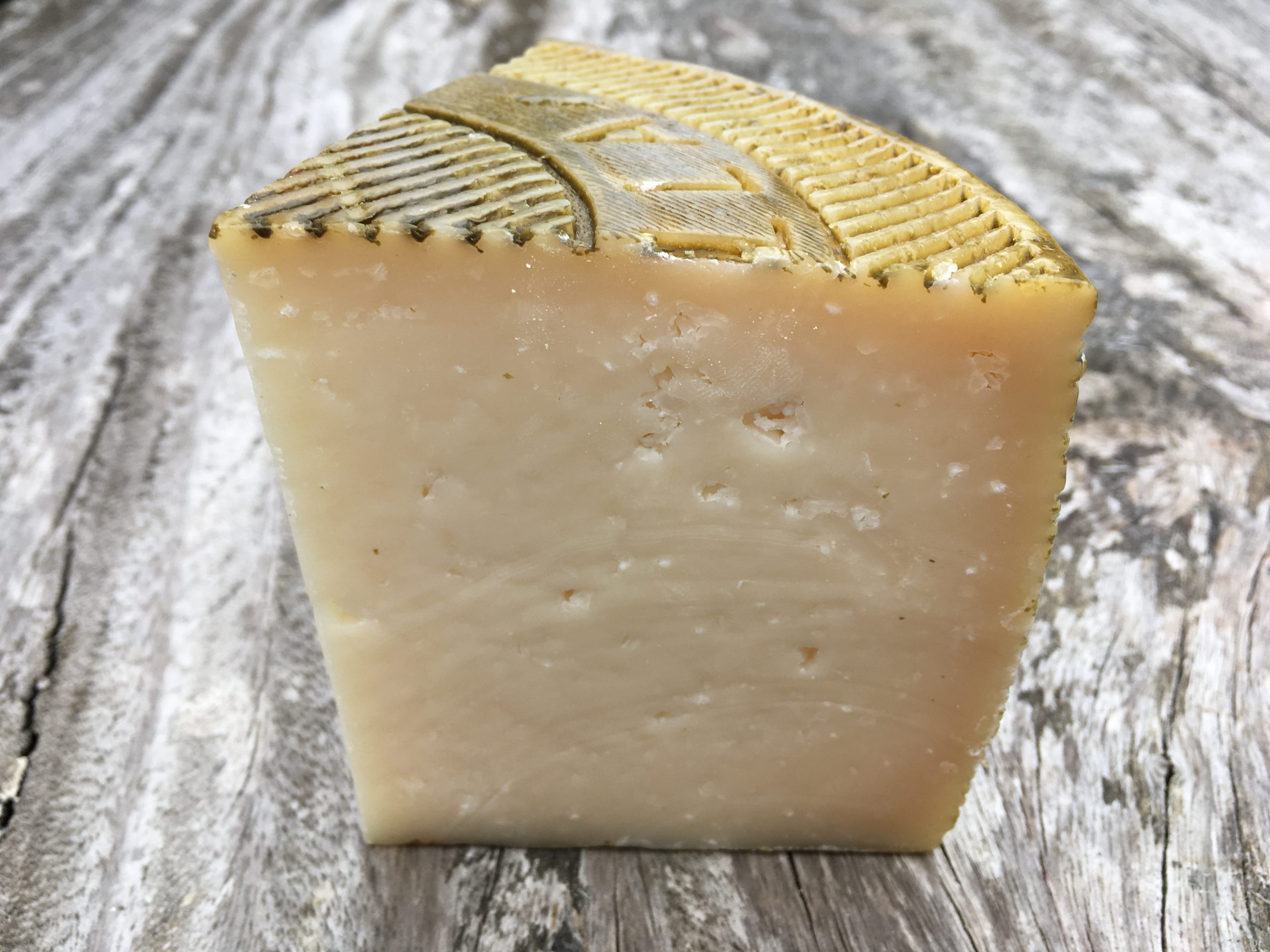 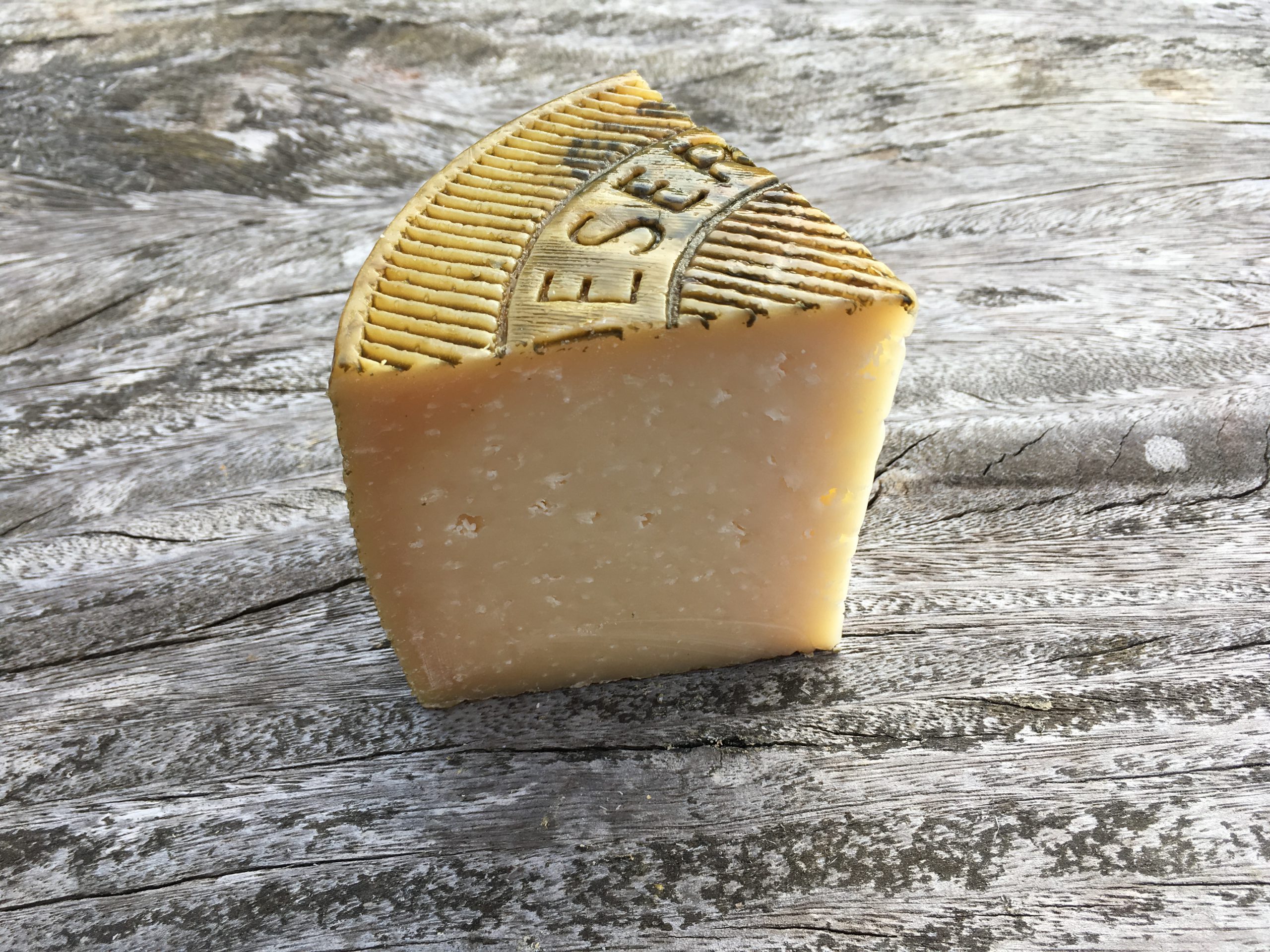 Our Manchego is Viejo (old) and it has been matured for 12-15 months. It has a hard, granulated texture and a delicious blend of sweetness and lamb flavours with savoury, nutty undertones. It is a truly wonderful sheep’s milk cheese.

Quite possibly Spain’s most famous cheese, Manchego is protected by its PDO status. This means it has to be made using the milk from pure breed Manchega sheep in the La Mancha region of Spain. La Mancha was made famous by Cervantes and a true Manchego carries a label depicting Don Quixote.

There are 4 ages of Manchego produced:

Fresco: a fresh cheese which is aged for just 2 weeks. It has a rich but mild flavour rand is rarely found outside Spain.

Semicurado: this is a semi-hard, semi-cured cheese which is aged for between 3 weeks and 3–4 months

Curado: a semi-hard, cured cheese which is aged for 3-6 months to develop a caramel and nutty flavour.

Viejo: a hard cheese which has been aged for 1-2 years. The older it is, the more pronounced its flavour

Our Manchego is Viejo (old) and it has been matured for 12-15 months. It has a hard, granulated texture and a delicious blend of sweetness with savoury, nutty undertones.

Manchego is delicious with a glass of Pedro Ximénez Sherry, either on its own, as part of a cheeseboard or thinly sliced, drizzled with olive oil and eaten with strips of Serrano ham.