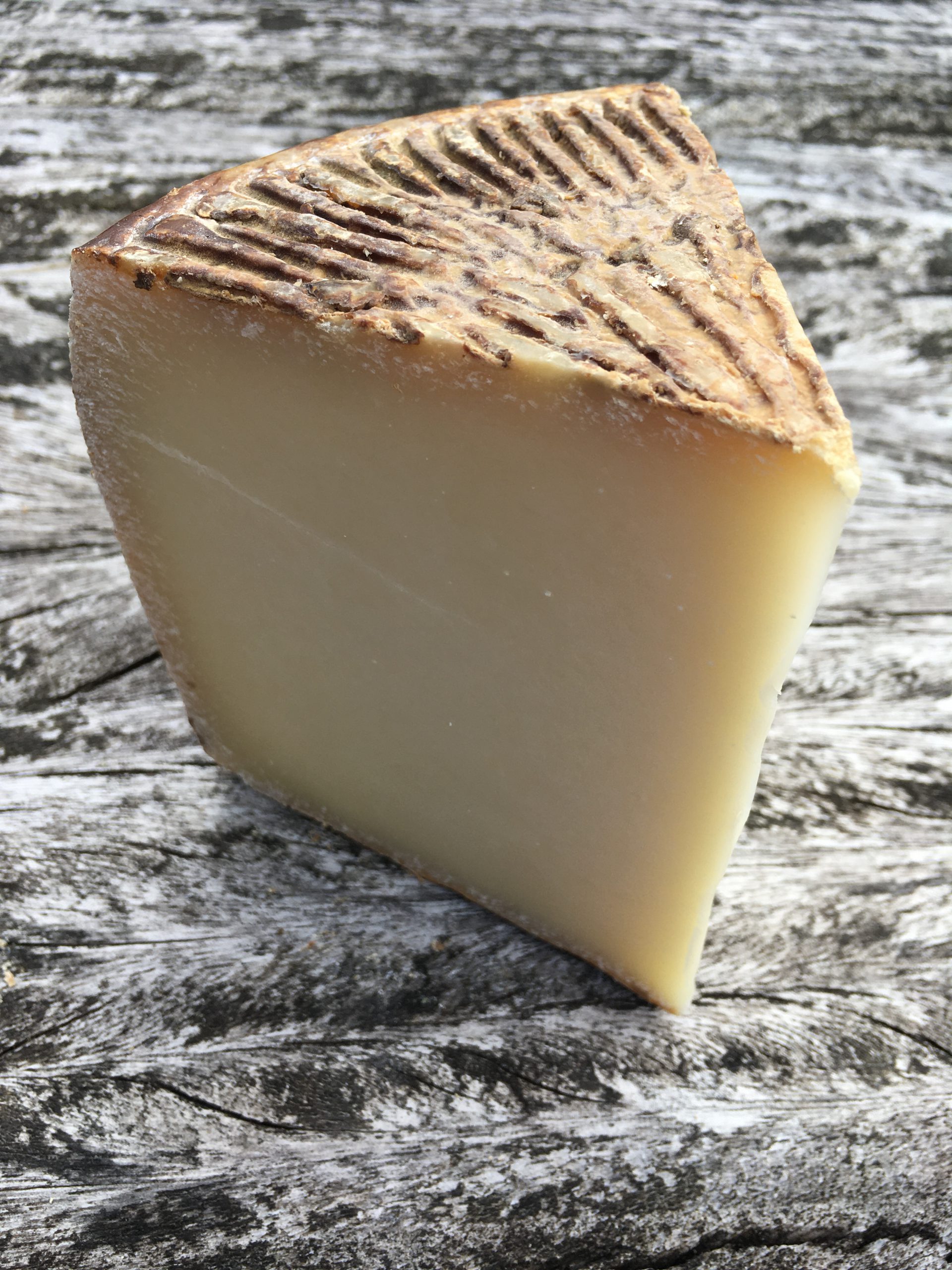 Made with sheep’s milk and pale gold in colour, this Sardinian Pecorino has became one of our best-selling continental cheeses. It has an intense yet balanced flavour achieved during its 90 day maturation period.

Our Sardinian Pecorino (or Giuncato to give it its proper name) is a hard, Italian, sheep’s milk cheese. It has a distinctive lamby flavour which adds character to any cheeseboard. Its hard nature also means that it is perfect for grating over pasta or risotto. The cheese itself is produced from thermised milk. This means that the milk is heated prior to cheesemaking but not to the same temperature as pasteurisation. The rind of the cheese bears the marks of the typical rattan basket in which it is moulded before maturation. In fact the cheese gets its name from ‘giunco’ which is the Italian word for reed.

In English Pecorino literally means ‘of sheep’. Any Pecorino cheese that you see will be made using sheep’s milk. The Italians are fiercely proud of the cheesemaking heritage and their Pecorinos are amongst the best sheep’s milk cheeses made worldwide.

There are over 3,000,000 sheep, goats and cows on the Island of Sardinia. This is why it is so well-known for its wonderful cheeses. In fact the sheep population on the island accounts for 40% of the sheep in the whole of Italy. Our Sardinian Pecorino is made on the east side of the island. Here the pastures are lush and fertile making it perfect for cheesemaking.

Pecorino cheese is one of the oldest cheeses we know. Several ancient Roman scholars including Plinny the Elder and Virgil made references to cheese production techniques which were very similar to how Pecorino is made today. They say that an army marches on its stomach and the Roman legionnaires famously took Pecorino cheese with them on their travels as it had a high nutritional value and a long shelf life.

The locals love drinking a Sardinian Grenache whilst enjoying this cheese, we think it goes well with most full bodied reds.