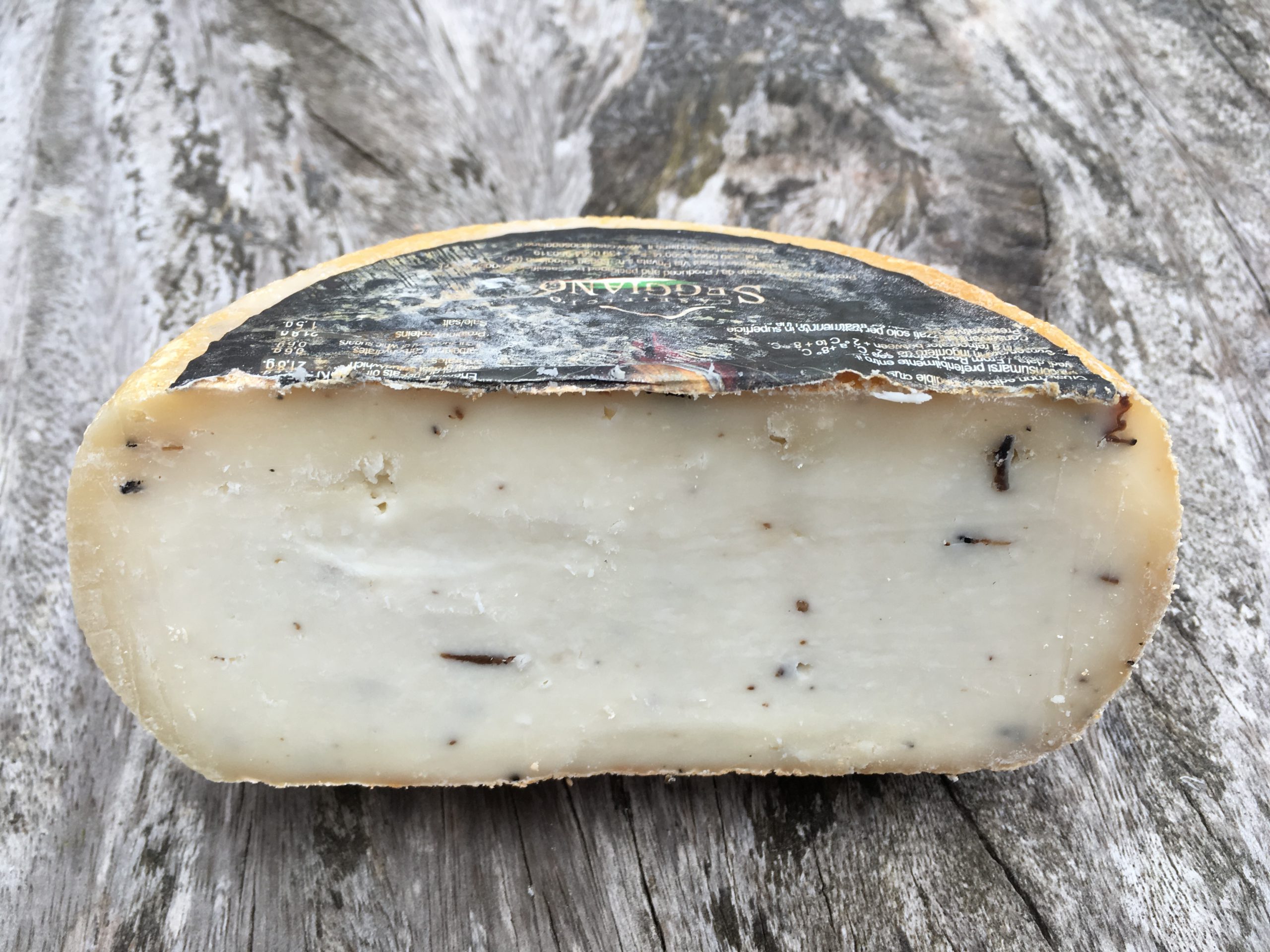 Pecorino with Truffles is made by stirring finely chopped truffles through the cheese curd so they are spread evenly throughout the paste. As the cheese slowly matures it develops a rich nutty, almost earthy flavour from the truffles held within it.

Our Pecorino with Truffles comes from Southern Tuscany. The cheesemaker has achieved the perfect balance between cheese and truffle. It is one of those cheeses that melts in your mouth as you taste it and it keeps people coming back for more! The rich, sweetness of the sheep’s milk and the earthiness of the truffles combine to make a truly splendid cheese.

Pecorino means ‘from sheep’ in English and all true Pecorino cheeses come from Italy. Pecorino cheese is one of the oldest cheeses we know. Several ancient Roman scholars including Plinny the Elder and Virgil made references to cheese production techniques which were very similar to how we make Pecorino today. They say that an army marches on its stomach and the Roman legionnaires famously took Pecorino cheese with them on their travels as it had a high nutritional value and a long shelf life.

Truffle and Champagne is a match made in heaven, add in a mild chutney, some plain crackers and freshly sliced celery for the perfect taste explosion!