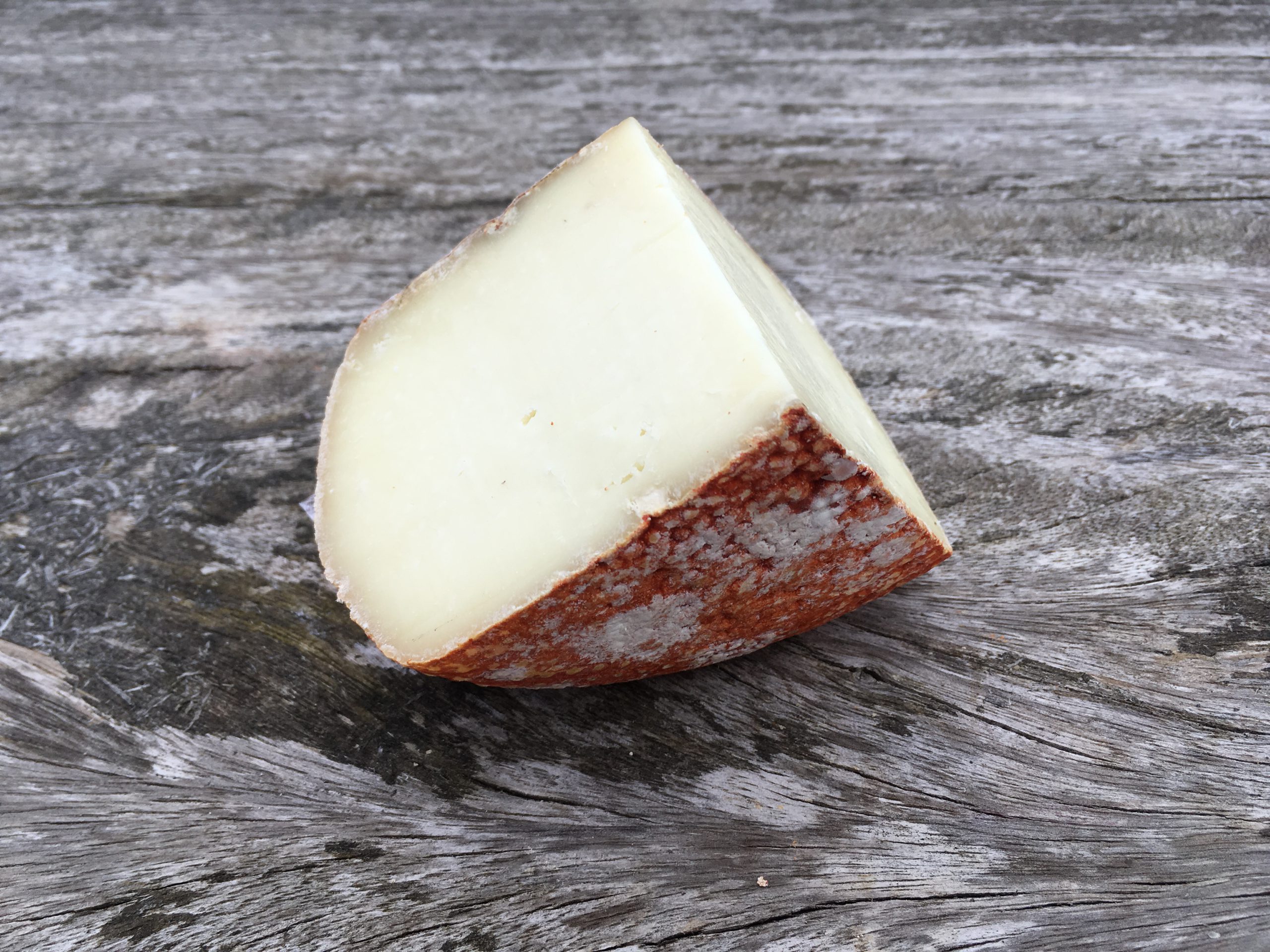 In English Pecorino means ‘of sheep’ and Rosso is ‘red’ which describes this cheese to perfection. This particular Pecorino is from Southern Tuscany. It has been matured for 2-3 months during which time the cheese develops a firm and smooth texture. The Rosso part of the cheese’s name describes its red rind which has been naturally coloured with tomato pulp.

Our Pecorino Rosso has a rich, deep flavour which lingers on the palate. It is aged for 40 days during which the cheesemaker rubs its rind with olive oil and tomato paste. This gives it its wonderful colouring as well as making the cheese light and crumbly.

Pecorino cheese is one of the oldest cheeses we know. Several ancient Roman scholars including Plinny the Elder and Virgil made references to cheese production techniques which were very similar to how we make Pecorino today. They say that an army marches on its stomach and the Roman legionnaires famously took Pecorino cheese with them on their travels as it had a high nutritional value and a long shelf life.

This cheese is beautiful as part of a mixed cheeseboard and it is simply wonderful when grated into pasta dishes. When pairing cheese with wine the theory is to always try to find products from the same area. This particular Tuscan cheese works beautifully with a Chianti from the same region.