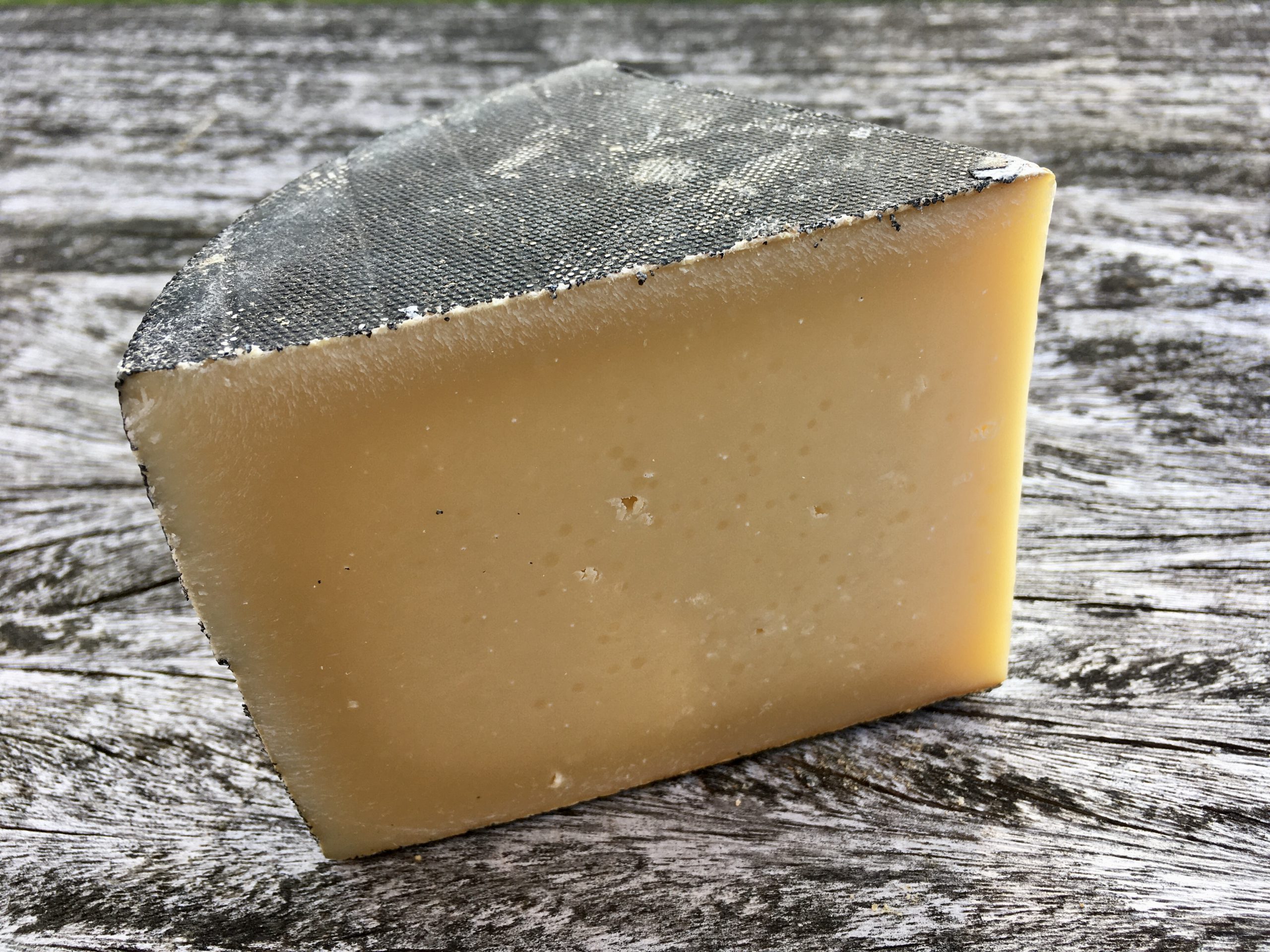 This is an alpine style cheese made in the heart of Cornwall. Full of rich, buttery flavours with a long lingering finish, this cheese is one to be savoured.

Cornish Kern is an award winning cheese made by Lynher Dairies in Cornwall. Lynher Dairies are better known for their Cornish Yarg but the Kern is a very different style of cheese. For a start it has a breathable wax rind and it is very hard. So hard in fact that we sometimes struggle to cut it! Kern is also more mature than the Yarg, it comes into us at 16-18 months. The added age allows the cheese to develop its full flavours.

Lynher Dairies have their own herd of Ayrshire cattle whose milk is particularly good for cheesemaking. They have been making their nettle covered Yarg since the 1980s but they decided in the mid 2010s to branch out and make a totally different cheese. Originally the plan was to make the Kern in a Gouda style but the cheese gurus at Lynher use an alpine starter culture in the making process in order to create a unique cheese. Kern truly bridges Dutch and Swiss cheesemaking traditions.

We love the history behind the names of all the Lynher products and Kern is no different. Indeed Kern is the Cornish word for round and it is very apt! The cheese comes in to us as a 4kg whole round and then we cut it down to more manageable sized chunks for our cheese counter.

Cornish Kern has won many awards in its short lifetime. It was awarded the accolade of Supreme Champion at the World Cheese Awards in 2017. Kern has also won Gold medals at the Great Taste Awards and the Taste of the West Awards as well as a Supergold at the 2018 World Cheese Awards. It consistently scores highly amongst professionals and our customers love it!

It is really important to take the Kern out of your fridge a good hour before you want to eat it. This will bring out the whole flavour of the cheese. Pour a glass of Sauvignon Blanc and you’re all set!