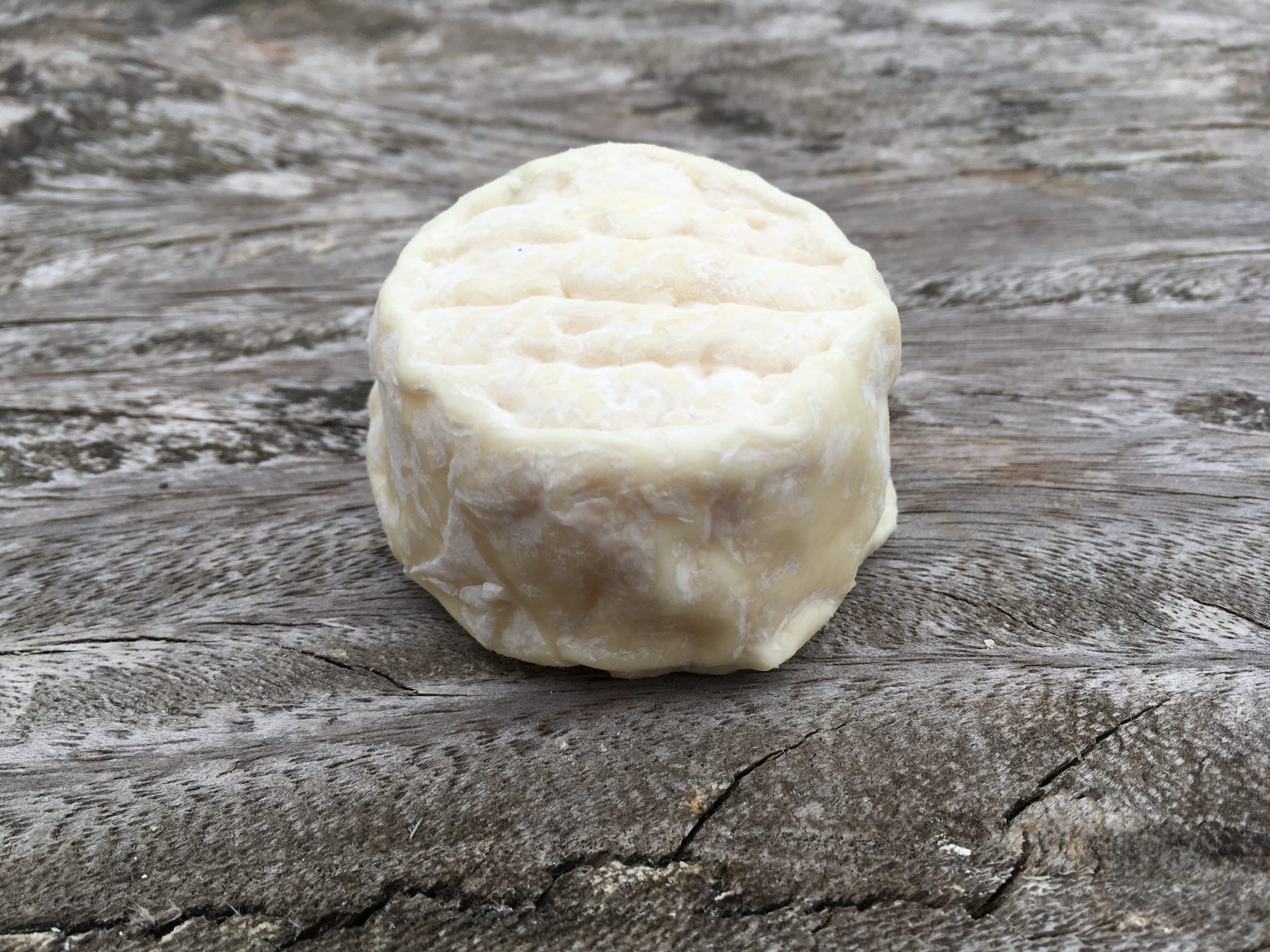 Crottin de Chavignol PDO is a classic, French goats’ cheese. It has a strong goaty flavour which gets your taste buds quivering!

A small disc of goaty heaven, Crottin de Chavignol PDO is a delicious creamy cheese when young which develops both in strength and firmness as it matures.

This fabulous goats’ cheese made in the Sancerre region of France has a distinctly tangy, dairy flavour with some earthy notes coming through as you eat it. As with many French goats’ cheeses it really coats your mouth with flavours and keeps you coming back for another nibble until it’s all gone.

Crottin de Chavignol is a protected cheese which means that it has to be made from Alpine goat milk within the Sancerre region. This area around the Loire Valley is famous for its goats’ cheeses alongside its wine production. Originally the cheese would have been made within the vineyards of the region where they kept goats. Indeed the name Crottin is said to be from the French work ‘crot’ which is a small lamp, these lamps were used to light the wine cellars. However, the word Crottin also means ‘dung’ and some say its name comes from the fact that the cheese takes on a very rustic appearance as it matures. Chavignol is a small town in the area.

We tend to sell the cheese when it is 2-4 weeks old so it has a fresh taste with the goatiness developing in the mouth. The very best way to enjoy this cheese is with a glass of chilled Sancere.