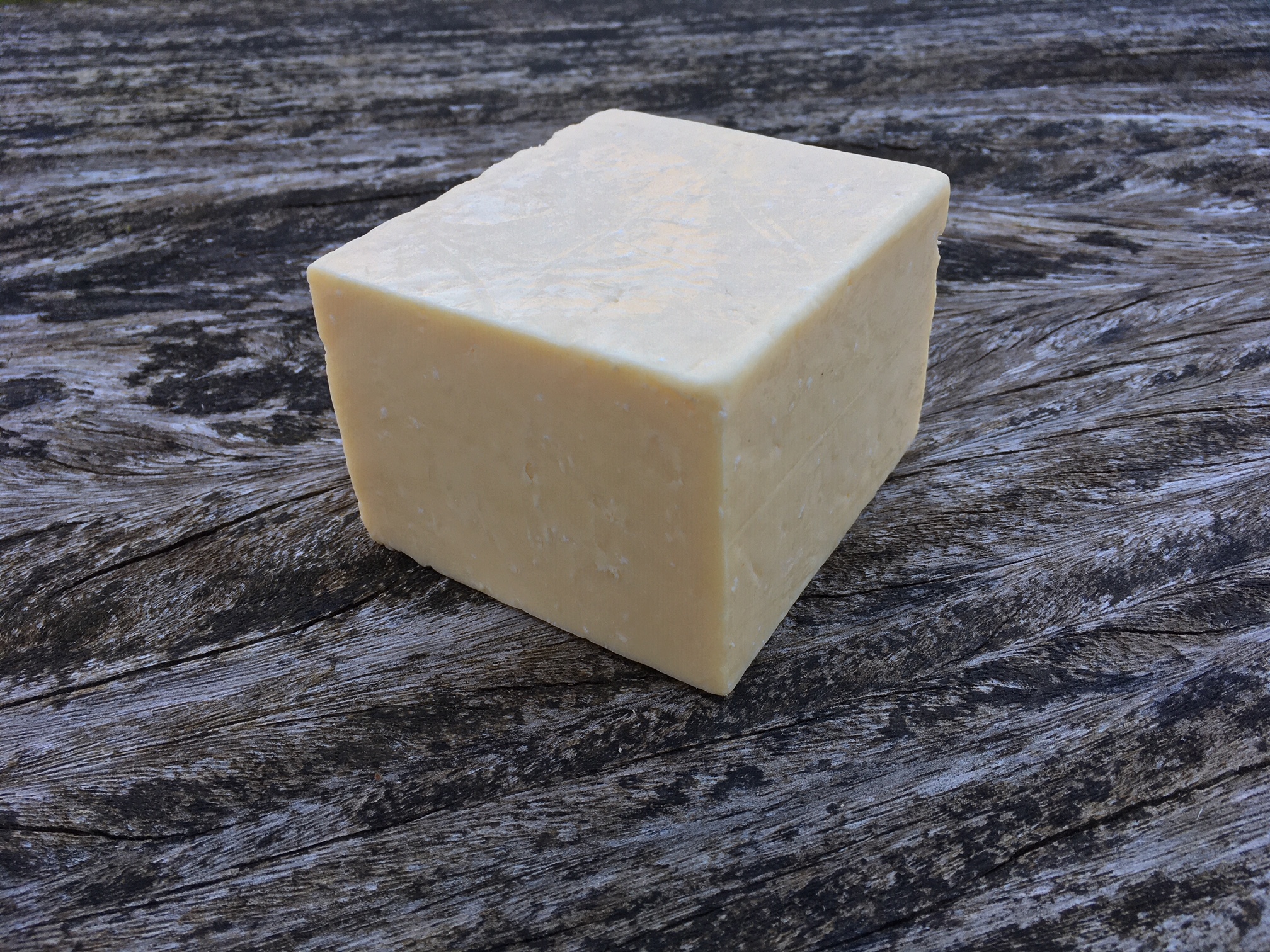 Cows' Milk, English Cheese, Pasteurised, Vegetarian Cheese
Mature coastal cheddar cheese is a fabulous cheddar made on the South Coast. It has a rich, intense flavour which develops in the mouth and then gently fades away to a smooth sweetness. Perfect for sandwiches, toasties or a traditional ploughman's lunch
Description
Description

This Mature Coastal Cheddar cheese is our block cheddar of choice in the shop. It is made in Dorchester, West Dorset, where the farm overlooks the stunning Jurassic coastline of South England. The cheese itself is matured on the farm for a minimum of 15 months, during which it develops a rich, intense flavour. As you eat the cheese its flavour becomes fuller in your mouth and it finishes with a lovely sweetness.

One characteristic of this cheese is its fabulous crunch! This is due to the crystals that appear in it. These form naturally during the maturation period of the cheese. Water is lost from the cheese during the ageing process which causes the calcium lactate to become more concentrated and these crystals can form. They are a completely natural by-product of cheesemaking and are totally harmless when eaten.

Our mature coastal cheddar is a relatively new cheese as it was first produced in 2000. It is not only amazingly popular here in the UK but also across the world and it is one of the biggest selling cheddar cheeses in the United States.

Coastal cheddar has won awards at the British Cheese Awards and the International Cheese Awards and it is a firm favourite with our customers. If you’re looking for a cut and come again cheddar then this one is definitely for you.

Try pairing it with a traditional Dorset cider or if you’re leaning towards a wine then a fruity red from the Languedoc Region is a perfect match.