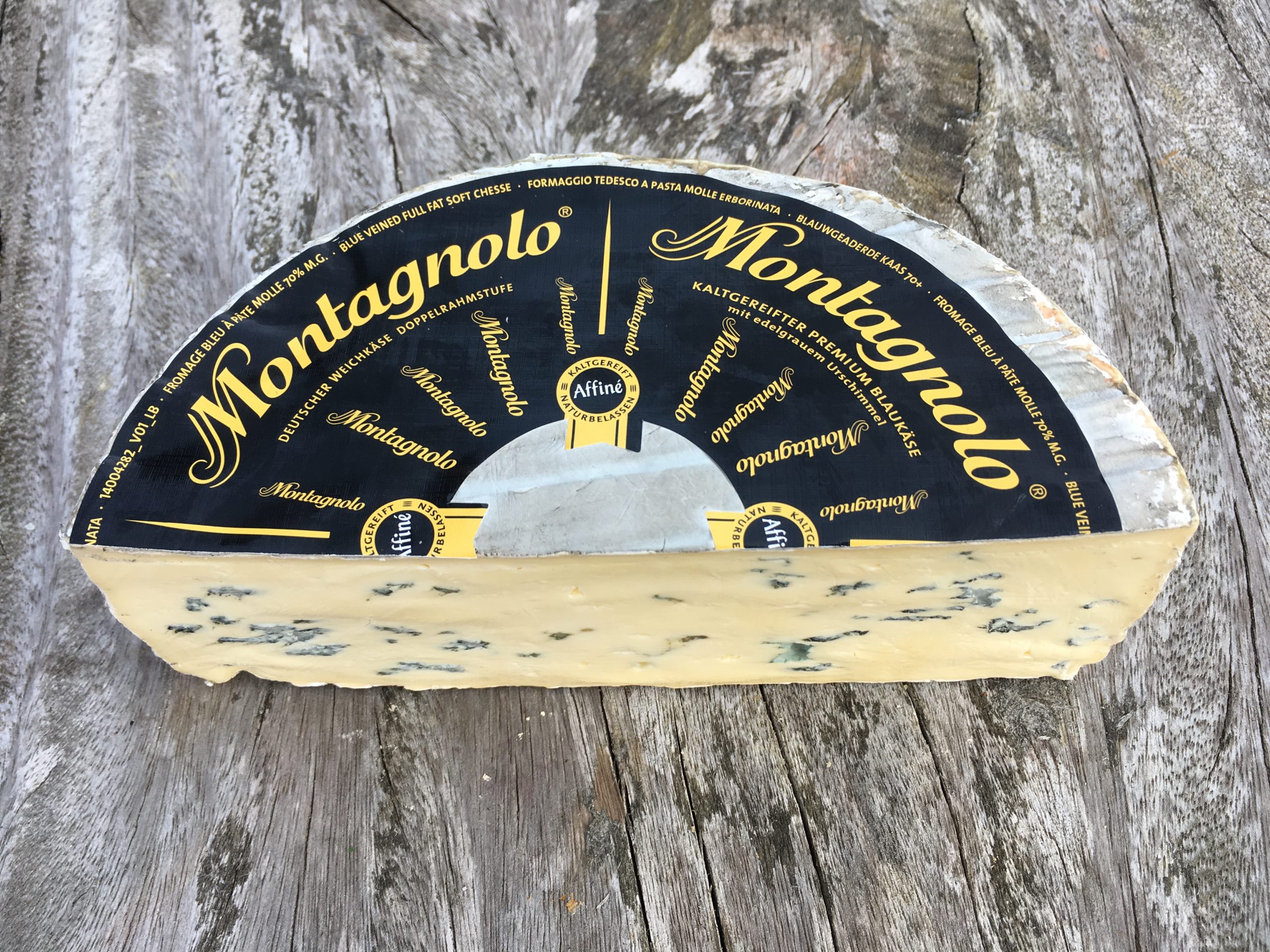 Montagnolo Cheese is a very mild blue and creamy cheese from Germany made with triple cream. Perfect for those who prefer a really mild blue cheese.

Montagnolo is a creamy, mild blue cheese which is perfect for those who don’t really like blue cheese but want to try something a bit different. It is made with triple cream and has just a hint of blueness in its flavour. It may sound Italian but this cheese is actually German. Some compare it to Cambozola which has its roots in the same area of Bavaria as the Montagnolo.

In 2013 Montagnolo Affine made history by becoming the first German Supreme Champion of the World Cheese Awards and amazingly it scooped up both first and second place as it had been entered into 2 categories. This goes to show that it has a consistency of flavour as well as a great taste!

The cheese itself is intensely buttery with slight spicy undertones and a hint of salt. It has all of the creaminess of a ripe brie sitting alongside the delicate bite of blue cheeses.

The creaminess of this cheese is perfectly matched to light, fruity red wines such as a Gamay.