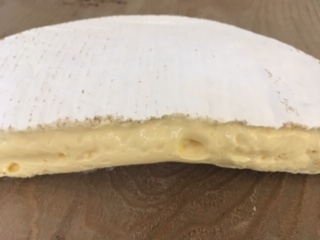 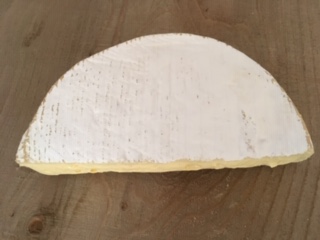 Best with White Burgundy, Cows' Milk, English Cheese, Pasteurised Milk, Vegetarian Cheese
Cornish Brie is a fabulous example of a British brie. This cheese starts out with a soft tang and is quite firm. Then, as it ripens, it becomes creamier and glossier, with a greater depth of flavour and a softer texture.
Description
Description

Our Cornish Brie comes from the Trevarrian Dairy in Cornwall. The dairy sits on the North Cornwall coast between Newquay and Padstow. The cheese itself has a white bloomy rind and a wonderfully rich yellow paste. When it is fully mature its paste becomes soft, runny and genuinely gooey! All of the milk from the cheese comes from local farms. This rich Cornish milk gives the Brie its characteristic smooth, yellow paste.

One of the world’s best-known soft cheeses, Brie originated in north-east France, but whilst Brie de Meaux is covered by its PDO status, the term ‘brie’ can be applied to any cheese. Brie is now made all over the world, including in southern England. The large, flat wheels of cheese have a white, downy rind and a pale, mildly flavoured interior that is chalky when young, becoming increasingly runny as the cheese matures.

Cornish Brie is a fabulous example of a British brie. It is milder than its French counterparts but still has plenty of flavour. The cheesemakers wash the curd of the cheese during production which lowers its acidity. This gives the cheese a lighter, more lactic flavour. This cheese starts out with a soft tang and is quite firm. Then, as it ripens, it becomes creamier and glossier, with a greater depth of flavour and a softer texture.

Cornish Brie holds its shape well when it is melted. This makes it a perfect cheese to cut into long thin strips and bake it over onions or mushrooms. The cheese will soften as it bakes without oozing too much. Once it has turned a light golden colour it is ready for eating. Plus the smell of baked brie really is one to savour!

We love to pair this brie with a glass of white burgundy to really show off its flavours.