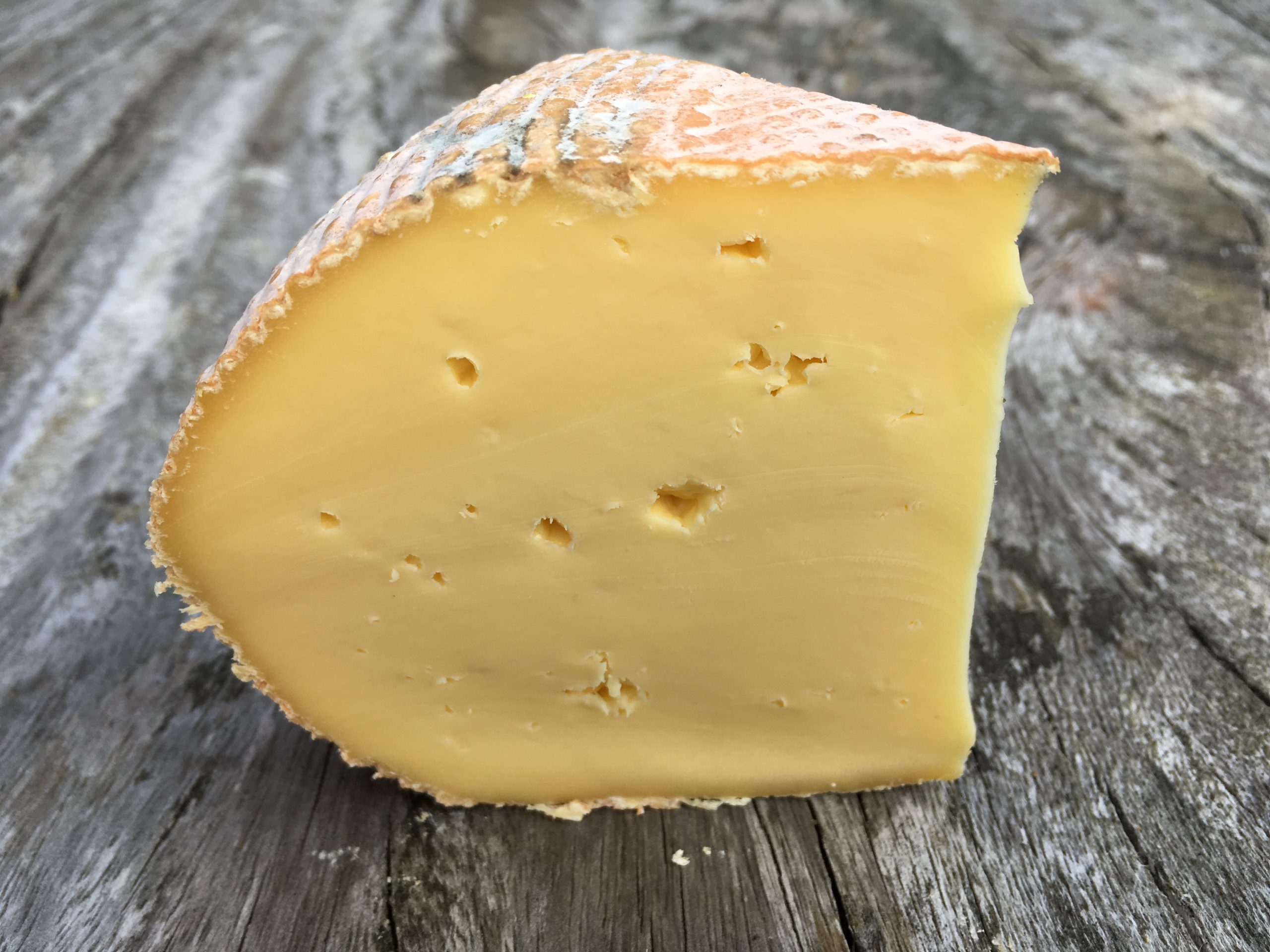 Best with Strong beer, Cows' Milk, English Cheese, Pasteurised Milk, Vegetarian Cheese
Morn Dew is deliciously creamy cheese with a smooth, mellow flavour. It is made from Guernsey milk which gives it a rich colour. Unusually the cheese itself is slightly springy in texture.
Description
Description

Made near Glastonbury by White Lake Cheese using Guernsey milk from a neighbouring farm, Morn Dew is deliciously creamy cheese. The cheese itself has a smooth, mellow flavour which gets stronger towards its washed rind. The Guernsey milk gives this cheese a fabulously rich golden colour whilst its washed rind gives it distinctive aroma. Morn Dew has won gold medals at the World Cheese Awards. Some people describe Morn Dew as an English Port Salut but we think its flavour is more subtle and of a superior quality.

White Lake Cheese began producing cheeses in 2004. They are one of the most successful artisan cheesemakers in the UK with almost all of their cheeses scooping awards. They are the first (and only) cheesemakers to have won the title of Supreme Champion at the British Cheese Awards on three consecutive years with three different cheeses. Alongside making great cheeses, White Lake are busy making sure that their dairy is as environmentally friendly as possible. They have installed solar panels wherever possible and are beginning to grow their own fuel for their boiler.

We go down to White Lake once a month and buy our cheeses direct from them. This means that we get to meet the team behind their cheeses and hear all their news.

Try Morn Dew with a strong beer to bring out its full potential.