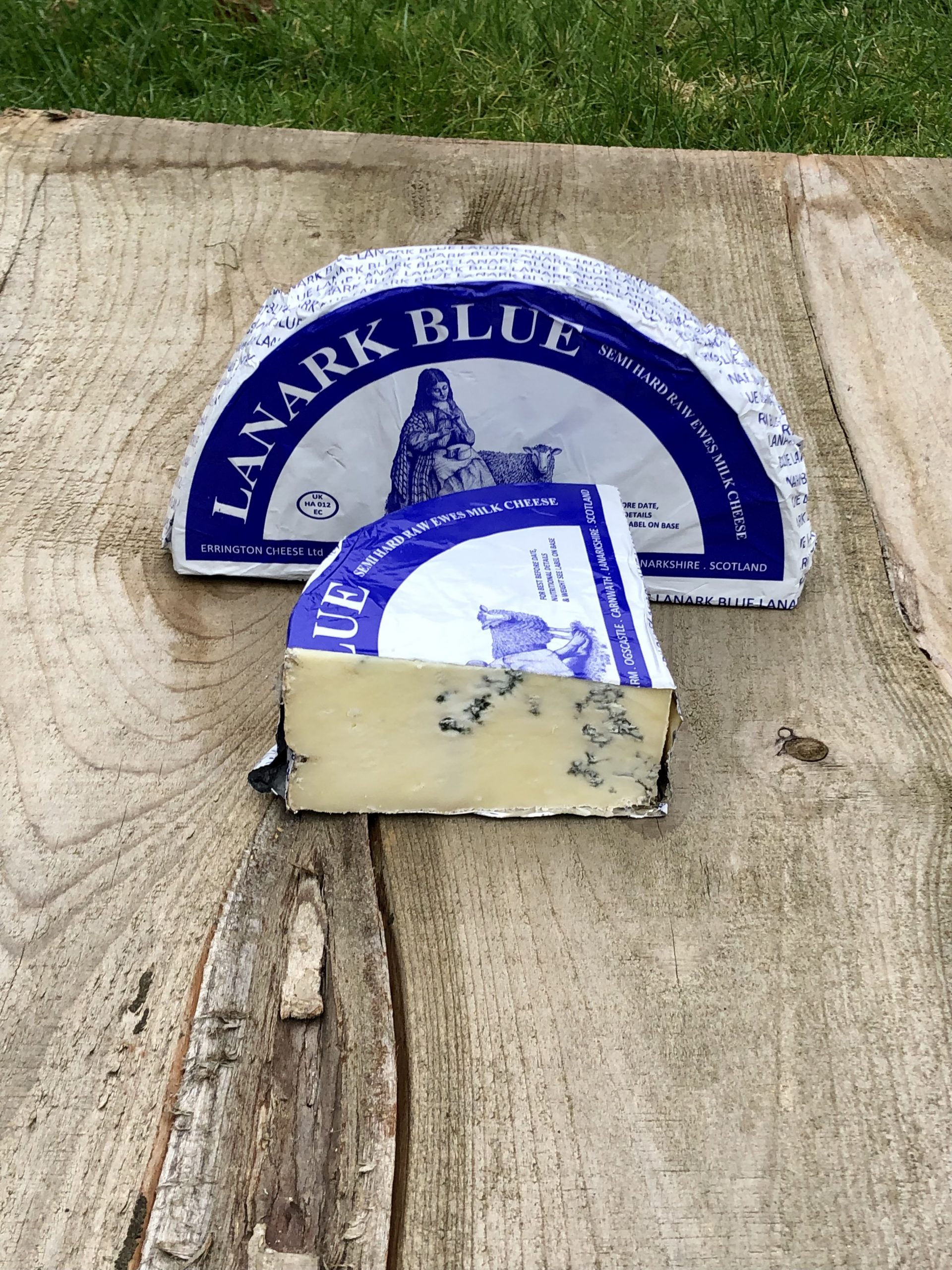 If ever there was a cheese to enjoy with a Malt Whisky, Lanark Blue is it! It is slightly peaty in flavour with a punchy finish.

Lanark Blue was one of the first blue sheep’s milk cheeses to be made in the UK. It is made by Errington Cheese in Lanarkshire (just south of Edinburgh) and is often described as Scotland’s answer to Roquefort PDO. It is made by hand and left to mature in old stone built maturing rooms. These are said to be about as similar to the famous Roquefort caves as possible. Lanark Blue has green-blue veins spreading throughout its paste.

The Errington family farm is located in South Lanarkshire at the foot of the Pentland Hills. They have 300 Lacaune ewes (the same milk used to make Roquefort) and 100 Goats. Humphrey Errington started making sheep milk cheese in the early 1980s. The goats’ milk cheeses were added to their range in 2019. Nowadays it is Humphrey’s daughter Selina who is the main cheesemaker in the family.

If ever there was a cheese to enjoy with a Malt Whisky this is it!